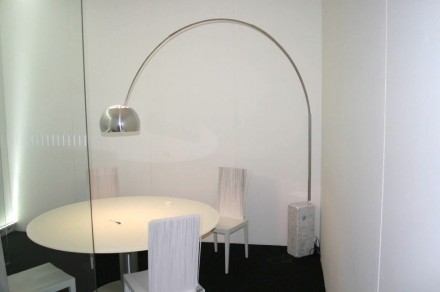 (April 2012) Where can the natural stone industry conquer new markets?

One very large new market can be found in stone design, i.e. household objects made of natural stone. The distinguishing factor which such products must possess, is outstanding appearance and functionality.

In a previous edition of our newsletter we expounded on the criteria to be met as a precondition for success.

This time the focus of our attention is on the market potential for such products.

But first two comments worth pondering: quarry owners, too, can profit form stone design, since small pieces, or chips off the block, can often be used. Design objects are usually quite small. Our picture shows an example: the lamp „Arco“ whose foot could have been a piece from a broken raw block.

Stone design could open up a new source of revenue.

Also: the marketing synergy for the entire branch could be considerable. Decorative household products would be prominently visible thus heightening awareness for the material. Plus, the ecological profit of reducing waste would have a positive effect for the sector’s image.

Let us turn to the marketing figures: how big is the actual demand for stone design?

A recent study by the OECD (Organisation for Economic Cooperation and Development) revealed that the middle class is experiencing strong growth (see table below): from a demographic population of just 1.8 billion in 2009 the figure is expected to leap to 3.2 billion within a decade. And by 2030, less than twenty years hence, the figure is estimated to reach 4.9 billion. The middle class sets itself apart by means of consumer cash for buying cars, travelling or decorating the home. By the way, growth of Asia’s middle class is strongest.

More than ever, consumers will be looking for high-class design in natural materials.

Stone design fills the ticket on both counts – albeit the products have yet to be developed.

At the Design Forum (China International Stone Summit), part of Shanghai’s STONETECH 2012, experts from all four corners of the world will come together to discuss stone design. Producers of heavy machinery will demonstrate their potential contribution toward realizing the ideas.

Visit the fair and the design forum and be inspired. 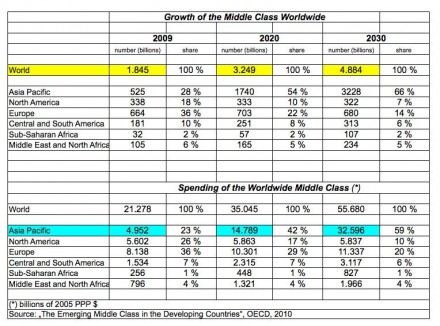