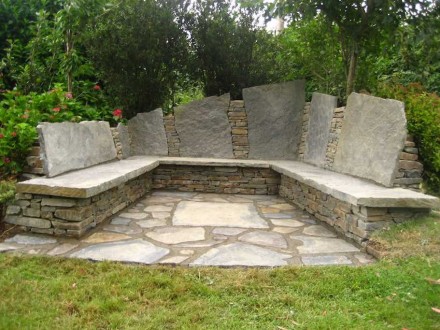 Panning over the green hills of Ireland from an elevated vantage point, one might think that a great artist has tossed a thick green grass carpet over the undulating underground. Here and there, a bit of earth might appear in were pathways, cliffs or drywalls interrupt the verdure.

Sunny Wieler has a foible for these landscapes. The Irish-born artist originally came from West Cork in Southern Ireland but has since made the sea-side city of Donabate in County Dublin the home for his garden design studio.

In actual fact he is merely emulating the natural landscape, perhaps raising elements or abstracting them with the aid of artistic elements, by using local stone.

This approach was already obvious in a project Wieler completed for a public school in Donabate, in Irish language: Domhnach Bat, where he was commissioned to create an „Outdoor Classroom“. 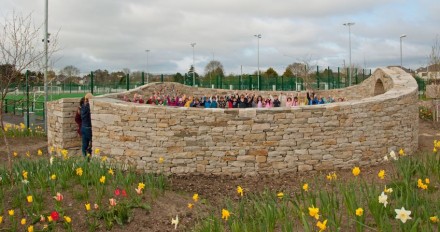 The area was previously but a drab field. Sunny designed a circle, the upper edge of which reflects the hills of the island. A number of mythological elements in stone are incorporated, e.g. the tutor’s seat or a tree. Pupils and parents were animated to join in i.e. by capturing the school’s code of values in mosaic. A total of 100 t of local stone found its way into the project. 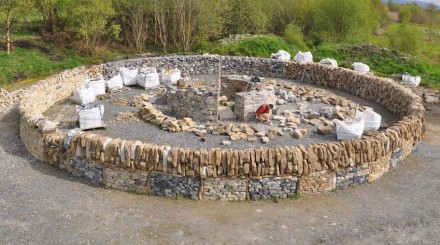 No wonder, then, that Sunny has found his way to the Dry Stone Wall Association of Ireland some time ago and has since moved up to the position of president. He recently called a spectacular project to life: „The Gathering of Stones“ is the title and the object is to erect a circular drywall made of local stone from the four Irish Provinces.

The US-American Stone Foundation was also involved, bringing in stone from Ellis Island. At the turn of the 20th century many an Irishman made his way to the promised land via the island at the gateway to the Big Apple. 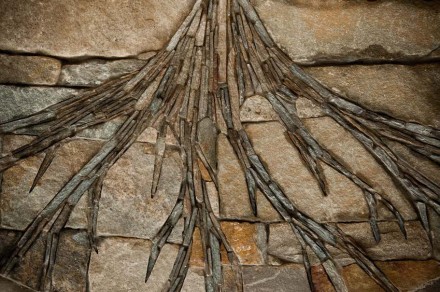 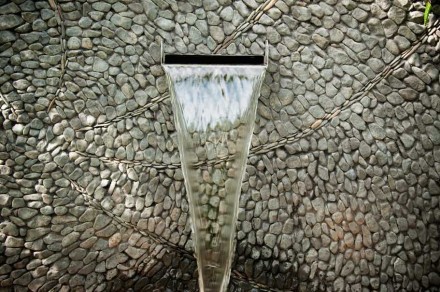 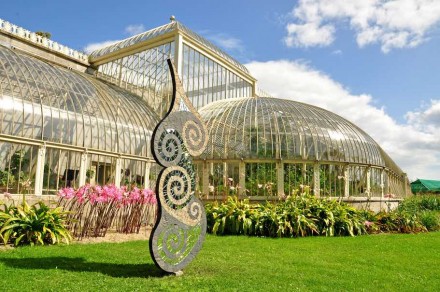 Sunny earns his keep with his Stoneart Company. The experience and his diploma in landscape design as well as his on-the-job experience gathered during his one year stay in New Zealand. Currently he rarely designs gardens these days: „I aim to fuse stonework and art together to create unique stone structures and installations“ referring to the outdoor classroom or the Irish-Stone-Circle.

And another typically Irish characteristic finds its way into his works: affability of the people he involves in his projects. That is why he finds it ever more important to involve his clients in the realization of a project if they so wish, by actively exchanging ideas.

The Gathering of Stones

The Gathering of Stones 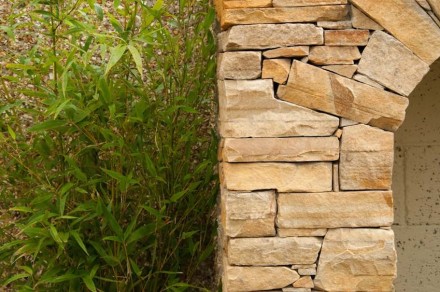 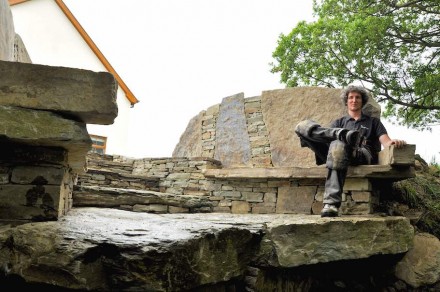