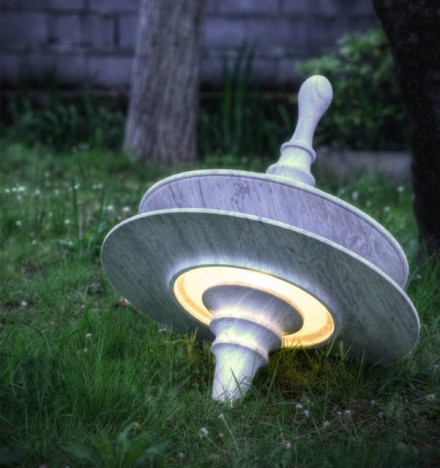 (July 2012) Many a creative company in the stone branch has already discovered the Milan furniture fair as a playground. This is particularly true of the Fuori Salone, which takes place at a number of sites outside the actual trade grounds. Here the newest everyday pieces in natural stone are exhibited. Later, at the Marmomacc some take part in further presentations.

One of the companies represented at Fuori Salone was Carrara’s Up Group with some classical design drafts to contrast modern ideas. The aim was „to show that any shape is possible with marble“ according to a press release.

Two lamps designed for outdoor use were among the newcomers. Designed by Michele de Lucchi, the pieces are a play on the designer’s name, Italian for light (luce): they bear the name „Trottola de Lucchi“ (Lucci-top) or „Uovo de Lucchi“ (Lucchi-egg) both in Bardiglio-marble. 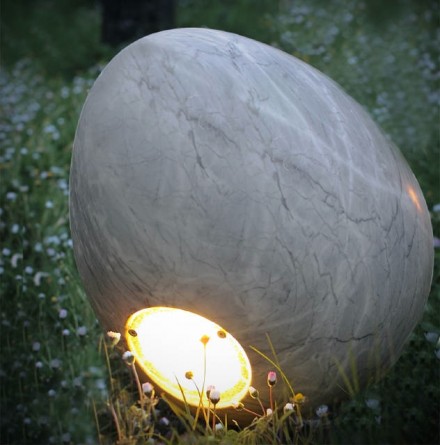 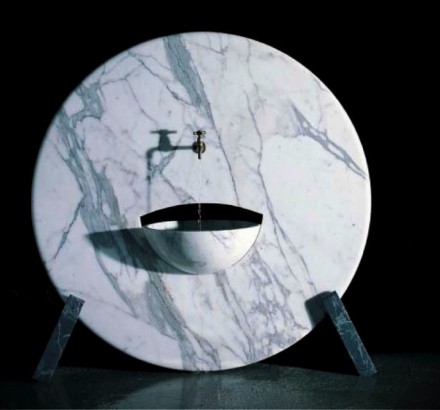 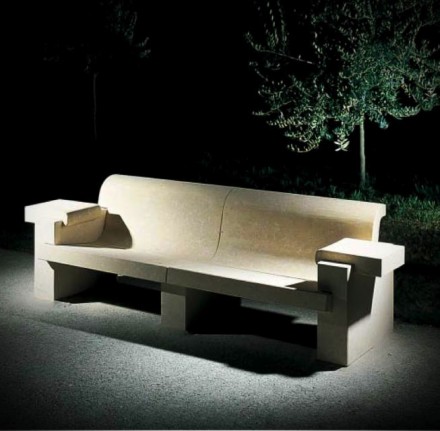 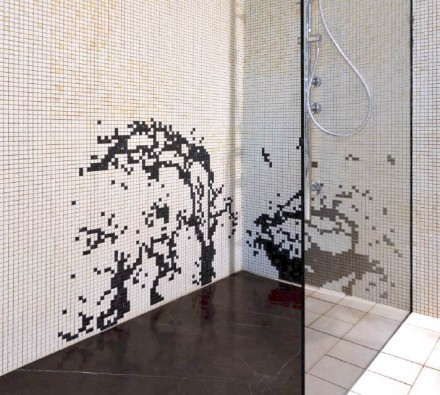 Il Casone Company presented a complete line of new products. One unusual idea was the mosaïc „Splash“ for the bathroom, a snap-shot of a bath situation on the wall. Designers were from Uainot. The sink bears the name „Drop“ by Roberto Semprini (stone: Domus Bianca, Thunder Grey). 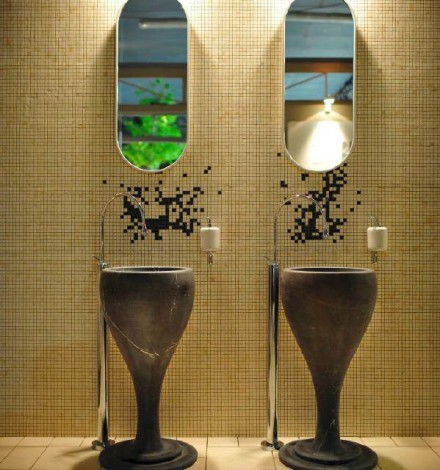 A type of stone parquet for outdoor installation was presented by Il Casone in „Decking Stone“ system. The planks are made of Pietra Forte Fiorentina sandstone and come in a width of 14.8 cm and a choice of lengths (90 cm, 180 cm or 270 cm respectively). 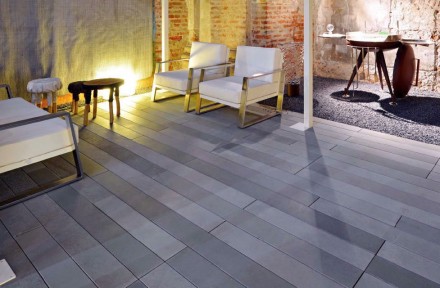 The thickness is 4 or 2 cm and can be installed as a floating floor or on the usual foundation. A variety of surface finishes are available. 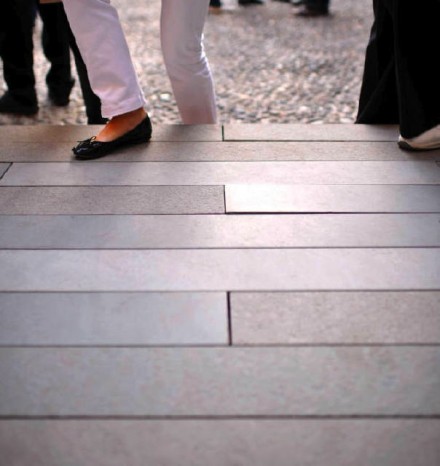 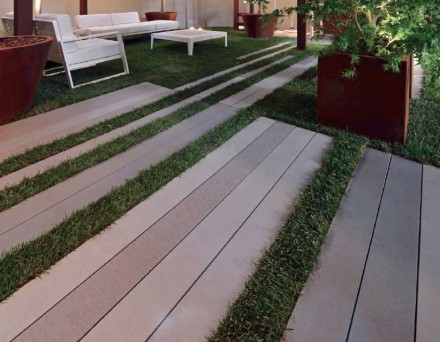 Last but not least three product ideas by Florence-based Lievito Studio and presented at the Salone Satellite. The table „Capocchia“ (Pinhead) is made of slabs of Pietra Forte Fiorentina, the legs are made of Corten steel. The idea was born from a rusty nail in a stem. 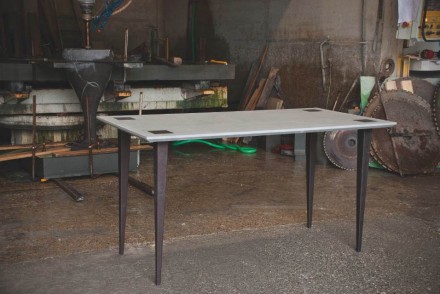 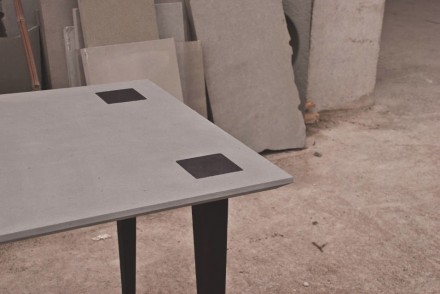 „Araldica“ (Heraldic) adopts the shape of a crest. The tiles are 60 x 60 cm in size and can be combined in 4 variants. The material is Pietra Forte. 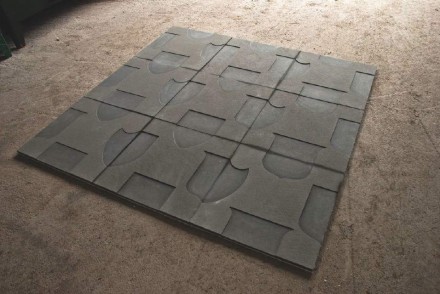 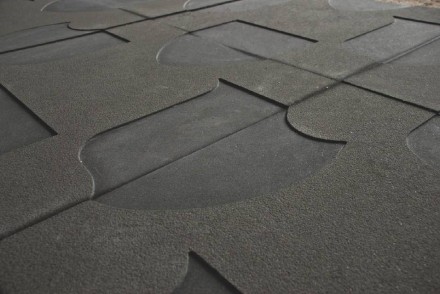 Engineers’ square was the source of the idea for the table lamp „Squadra“. If the foot is vertical the light is more or less indirect. Set at an angle, the LED light the table directly. The material used is Pietra Serena sandstone. 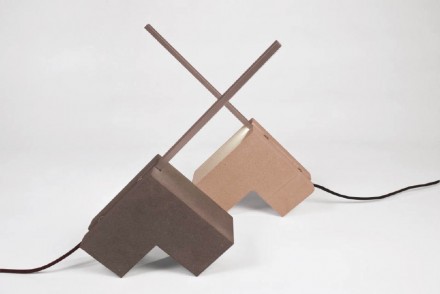 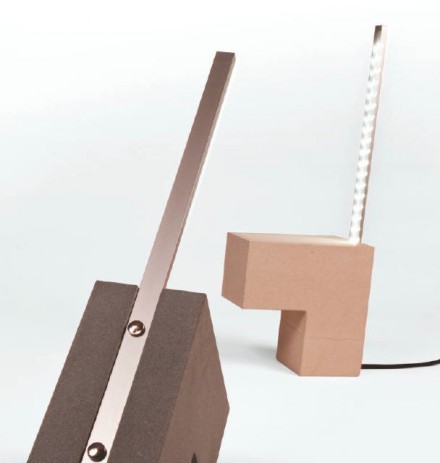 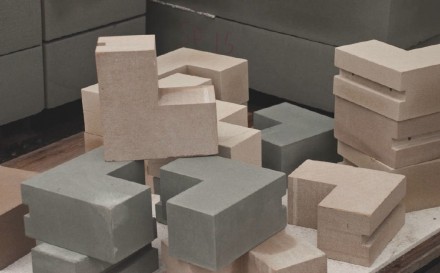