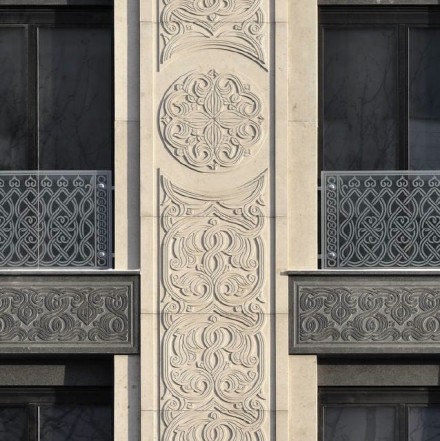 (September 2012) One cannot help but notice the contrast: Granatniy 6, address of a new dwelling complex in Moscow, is distinctly modern and functional, like three cartons in a row. 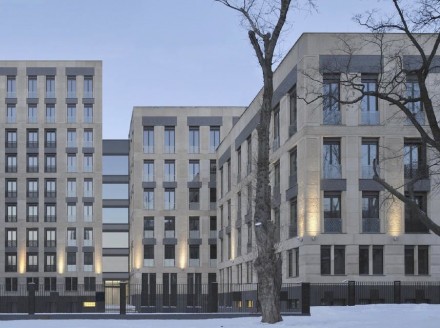 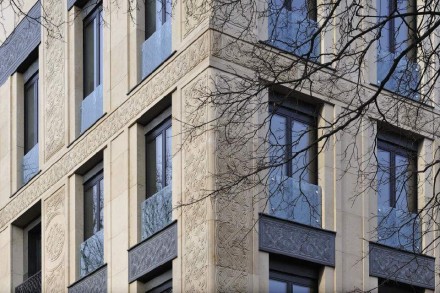 But the façade is richly decorated with ornaments, albeit not overly so.

In the latter case, the plan failed leading the fall of the USSR. In the case of Granatniy 6, however, the plan seems to be succeeding if demand for the 27 luxury apartments in Moscow’s city-center complex is any indication.

The ornaments have their origins in the Byzantine Empire. The design may appear unusual but somehow familiar: In ancient Russia decoration and ornaments lived on in churches and religious icons to the point of adopting its own name „Uzorochye“ and found in Europe’s fashion-design and elsewhere.

Granatniy 6 floral pattern’s second lease on life is no coincidence: Moscow’s Architect Club built by Andrei Konstantinovic Burov in the 1940’s is just across the street. In an attempt to bridge new and old, he reverted to traditional ornaments to decorate the club’s portal.

The new patterns used in Granatniy 6 were developed together with art historian Prof. Orlova.

The choice of material is also traditional in a way. The architects chose natural stone to clad the building representing longevity as opposed to merely luxury. Jura limestone was chosen with black Nero Impala granite used for the foundation. 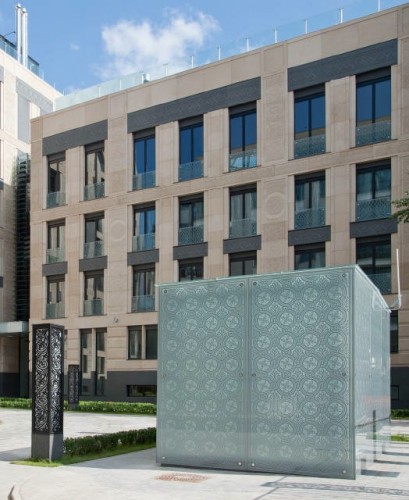 Glass, steel and wood, also used, each were designated their own set of ornaments.

The ornaments vary slightly from one building to the next. 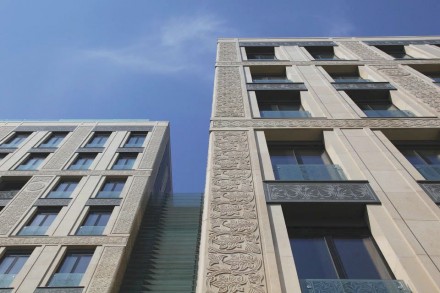 The architects held back on ornaments, wanting to avoid „a screaming façade“ like in times of baroque architecture as they explain in a mail. 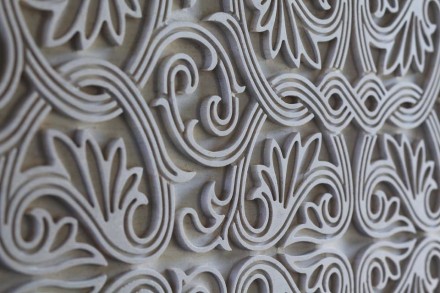 But what about keeping the façade clean? „With dust and precipitation on the relief, the facade only wins – it becomes more impressive“, they answered our mail.

In the basement of the 4, 6 and 9 story building, a total of 82 parking spaces are provided as well as technical installations. The ground floor accommodates community rooms like the lobby and drivers’ lounge.

Speech Tchoban/Kuznetsov was founded in 2006 by architects Sergey Tchoban and Sergey Kuznetsov. It presently counts some 100 employees working on projects all over the former USSR. In 2010 and 2012 they created the Russian presentation at the Architecture Biennale in Venice.

Video Russian presentation at the Architecture Biennale in Venice 2012

Spanish-based Bateig Company has also been on the market with façade ornaments for some years now.