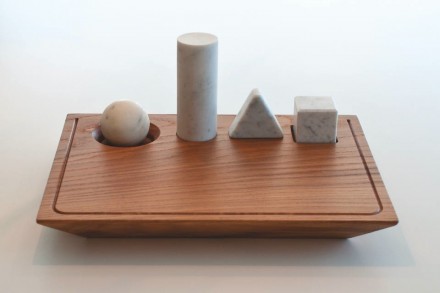 (October 2012) „Elementare“ is the name of these kitchen utensils. Designers Francesco Taviani, Laura Passalacqua and Jacopo Volpi of Studio Lievito (literally: leavening) in Florence founded in 2010. The name describes the concept behind it: drafts often bring together a number of diverse elements which then combine to form something entirely different. „Elementare“ is all about geometric and gastronomic synergies. 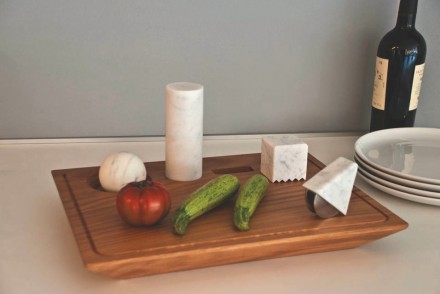 The prism is suitable for slicing vegetables, the cube is a tool to remove scales from fish, the cylinder serves as a rolling pin, the sphere helps grind spices in the wooden indentation which serves as a mortar.

The material, too, is elementary: Bianco Carrara marble produced by Pietre di Rapolano of Florence.

Marble is a highly tactile material and comes with sufficient momentum to emphasize the tool’s implementation. A thick oak cutting board completes the set. 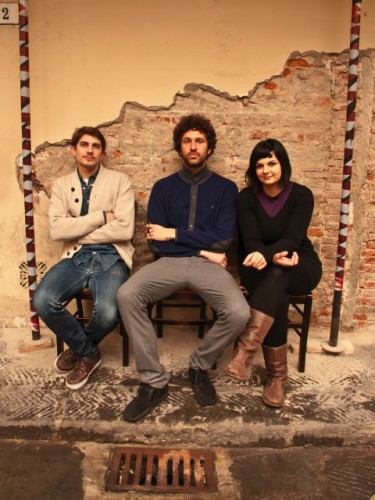 Accessories round about cooking are provided by Austrian stonemason Franz Reinisch more or less by the way, e.g. a wine cooler made of St. Margarethen limestone. 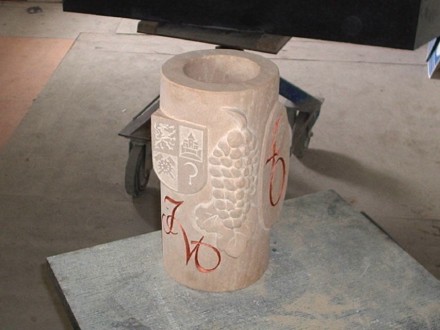 There is story behind our photo: on the occasion of the anniversary of the mayor of a wine growing village near Reinisch, the municipality wanted to offer a personalized wine cooler as a gift. It was to bear the initials of the mayor, the town crest and a grape vine symbolizing the community. 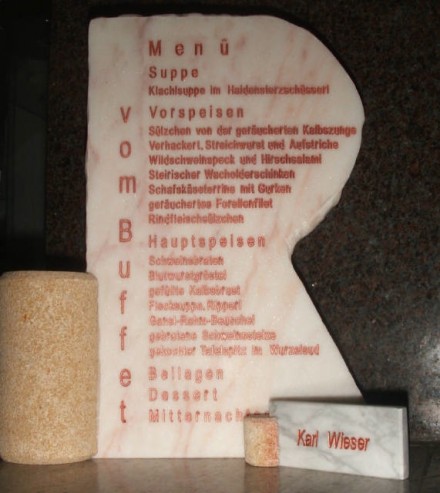 Recently, Reinisch had a special idea for the firm’s Christmas party: the menu was engraved with an oversized „R“ in Rosa Portugallo marble with a sandstone holder. The place-cards were made of Carrara marble. The challenge was to apply minuscule yet readable engraving to the stone.

See also: For other works by Lievito Studio see the end of this year’s report on Milan’s Salone del Mobile.

See also: We had reported on stone mason Franz Reinisch in conjunction with our report on „Black is Back“, prize winning entry of this year’s design competition of the Austrian Stone Masons’ trade organization.