Art: „I try to submit to the stone“ 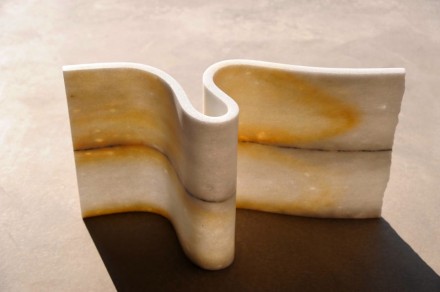 (December 2012) In the beginning there was stone and from it the inspiration went forth – or so one might describe Ingbert Brunk’s work. Although sometimes he has an idea in mind and searches for the suitable stone to realize it.

Brunk has made the Greek island Naxos his home where he works local marble. He is a grateful recipient of scraps from the 4 active quarries, which are, in turn, glad to dispose of the pieces for a good purpose. „I try to submit to the stone“, he writes in a mail, „I want to make a statement starting out from what the stone already carries in itself“. 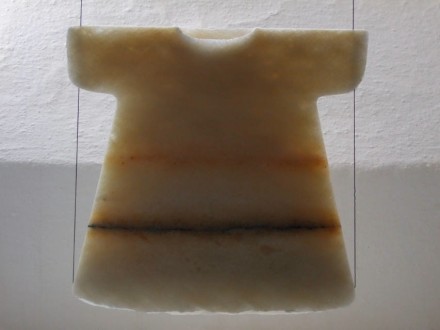 This could be the veins in the rock. Here we show an object from the series „Leibchen“ (Undergarment). Photo above: „Gefaltet“ (Folded). 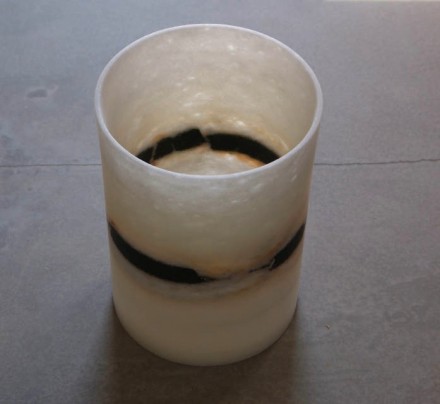 One of the distinguishing factors of the stone which he uses is its translucence. „Napf“ (Dish) is its name – short and simple. 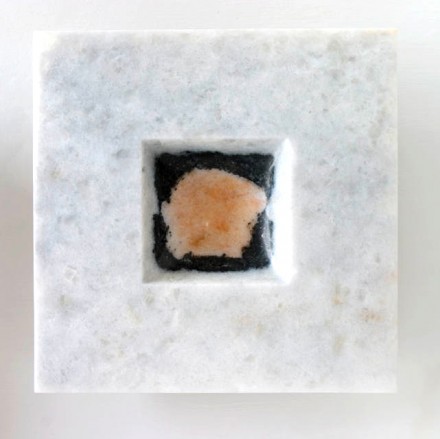 Depending on how the stone is worked, a number of special effects come to the fore. Typical of the stone he uses is the crystalline structure which creates an „inner tension all their own but at the same time spread harmony“, as Brunk explains. „Einblicke“ (Insights) was the name he gave a series of objects. 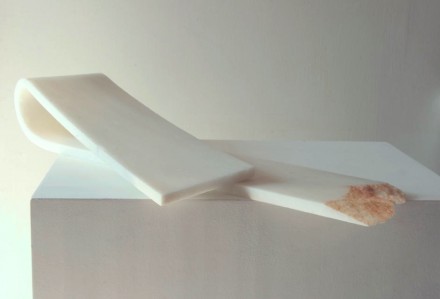 Perhaps surprisingly, Brunk did not come to sculpting through stone masonry. His mentors were German sculptors Kubach-Wilmsen and this perhaps only because of the close proximity to their home Bad Kreuznach in Rhineland-Palatinate. „The acquaintance made an impression and led me to art as a vocation“, he reflects.

Studies at the Berlin University of the Arts soon followed during which he tried out a wide palette of materials. „For the greatest part I worked with stone, mostly granite“ he writes. In this context students organized a working stay on the island of Naxos, which is how he came to know his present surroundings.

He does not fuss much with the question when he had his breakthrough: „Recognition came late and was a long time in coming; it was a stony path“ but, he adds: „passion carries one an unusually long way“.

We have nothing more to add. Only a comment on Naxos Marble: since time immemorial its pristine white variety was one of the best liked marbles of classical antiquity. Not only sculptors appreciated its properties. It was also well used as a building material for windowsills and doorways as well as for temples. In the more picturesque areas of the island, entire streets are lined with marble houses. 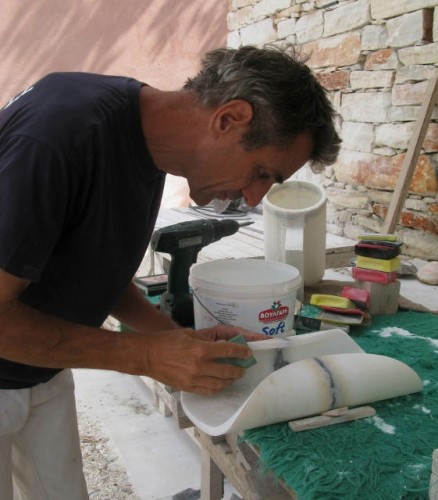