Architecture: A playful wall and a house of God on Goa 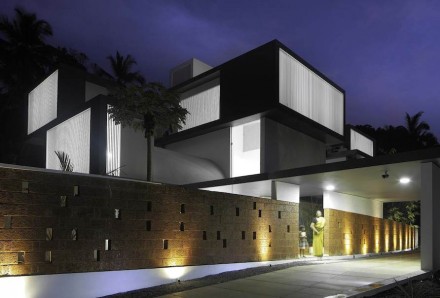 (April 2013) The „innovative usage of dimensional stones from India in outstanding projects“ is the object of the biannual All India Stone Architectural Awards (AISAA) presented at the Jaipur StoneMart Trade Fair. Initiator is the Center for Development of Stones (CDOS).

There were a total of 85 submissions by 49 architectural offices. Stone-Ideas.com reports on two in depth. We were unable to gather any more information on the other two before closing. 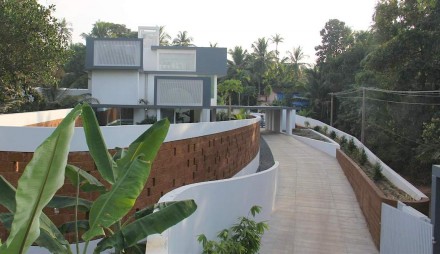 In the category landscaping the prize went to a somewhat unusual project by the name of „Running Wall Residence“ – a house in Kerala. 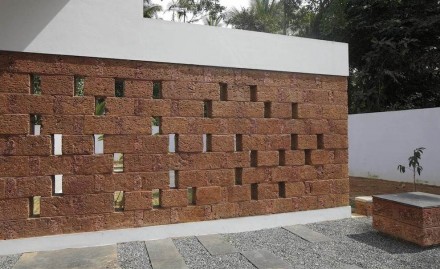 The wall is laterite, a building stone but per se not something with which the natural stone branch might occupy itself. 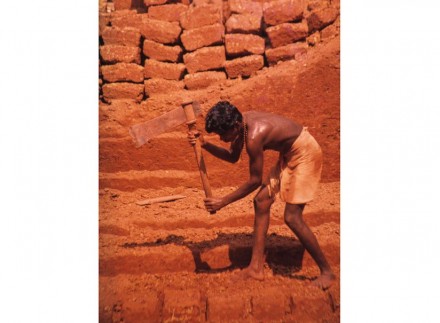 It is a waste product of granite or basalt e.g. exposed to tropical climate for extended periods at the end of which often pronounced shades of red ensue. It is sometimes dense enough to use as a building stone but definitely easy to mine which is why it is the material of choice for low-cost building.

The Running Wall Residence was commissioned by a businessman and the property is situated right in the middle of one of the rougher districts. The building had therefore to be constructed as „a fort-like house that one can’t scale“. 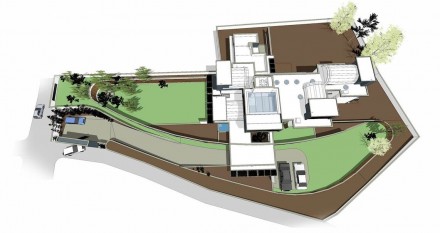 By contrast the laterite wall has a type of playful lightness about it: it begins at the entrance gate at the surrounding wall and continues like a serpentine along the entire property, subdividing certain areas and establishing a connection to others… 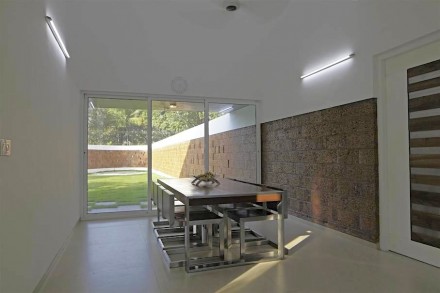 … dipping into the house again and again, where it turns to part of the wall. 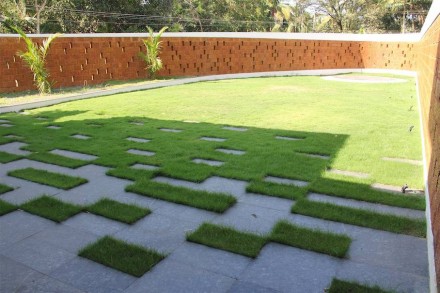 „The wall creates privacy where needed but allows open space where desired“, as architect Reny Lijo describes her concept. 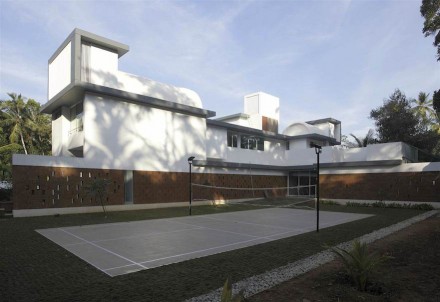 She is a member of LIJO.RENY.architects together with her partner Lijo Jos. Lijo is once first and once last name in this case, as is the custom after marriage. 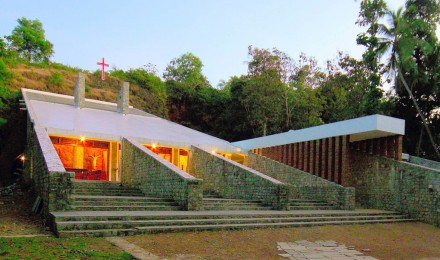 In the category exterior facings the prize went to Goa, the smallest of India’s provinces, for work on the Chapel of Our Lady of Perpetual Succor in the town of Maxem.

This house of God is radically different from traditional Catholic churches in India whose paragon can be found in Southern Europe: instead of standing out in the landscape, the building snuggles up to the cliff. 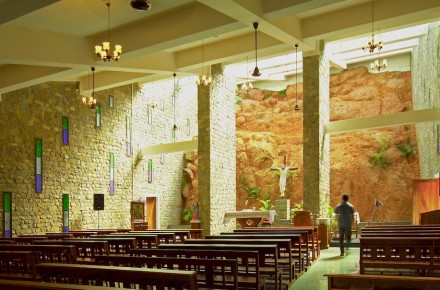 On the interior the cliff is left practically untouched. 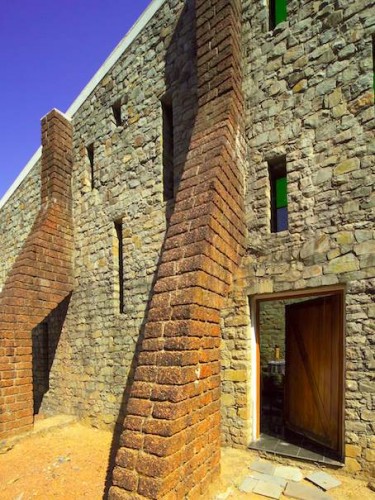 The outer walls make reference to the surrounding area. Local basalt (behind) was used from a quarry some 30 km away… 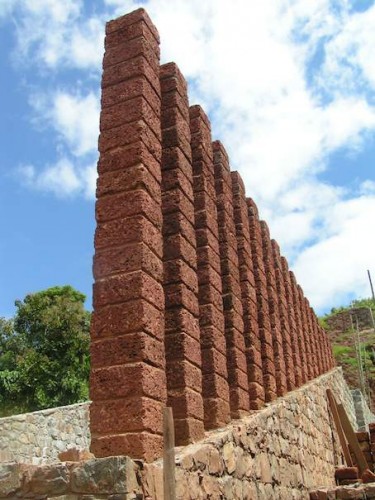 … and here, too, laterite was used. „Laterite stone is the most commonly used building material in Goa“, as architect Rajeev D’Silva from Architecture R/T wrote us. Together with his wife Tallulah he was winner of the prize. We recommend a look at the website where the company presents itself.

In two other categories the prizes went to Manish Banker, Pune, and Rahul Sen, New Delhi. 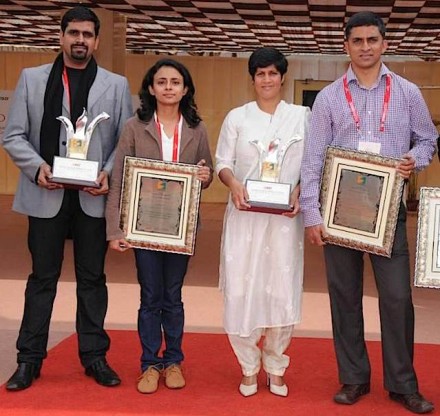