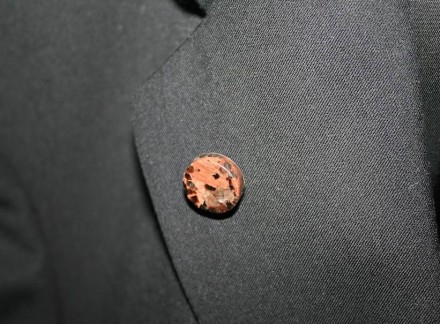 (May 2013) Finland’s Saimaa University of Applied Sciences in Imatra is offering courses toward a bachelor degree in Culture and Arts in which students can major in Jewellery Art and specialize in natural stone jewelry.

One of the student groups closed with a pin whose head was made of Finnish granite – photo above.

But first a look at where Imatra can be found: It is located some 30 km from the Russian border in Karelia, a region divided between the countries. The next city is Lappeenranta with some 70,000 inhabitants.

This is the area of greatest significance to Finland’s stone branch. Granite in particular is quarried in blocks and exported abroad. Locals like to recount that half of St. Petersburg is made of Finnish material. The Russian metropolis is, after all, a mere 80 km away on the other side of the border.

A stone worth mentioning is Spectrolite, a variation of the Canadian Labradorite. An interesting anecdote surrounds the stone: Whereas Spectrolite was always a popular stone for jewelry, there was never found any large reserve.

Then came WWII and Finns feared Soviet tanks. As a blockade the Finns placed massive stone blocks across the land known as Salpa Linja. As the war came to an end, a geology professor examined the blocks more closely and thus found the stock of Spectrolite a mere 6 km from the Russian border.

Today, at the University of Applied Sciences in Imatra, a four year course of study will allow students to graduate in Culture and Arts concentrating the studies in natural stone.

A distinguishing factor of the course of studies is its international orientation. Students from as far as Tokyo have participated. 2 to 6 students are admitted yearly,

After a general introduction phase, jewelry design is taught for all subject areas, and, precious stone types, their enhancement, or, e.g. techniques for clasps or closures to name but a few special subjects.

Head of the Jewellery Art department, Nelli Tanner names other questions also frequently asked: „What does it mean to wear stone? What is the historic significance?“ The aim is: „We want to seek out limits and overcome them.“ 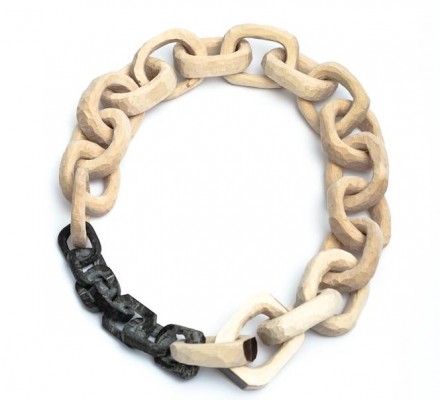 Examples of this train of thought are reflected in Marek Mrowinski’s graduation project, a necklace in which the links are crafted from a single piece of diabase and subsequently conjoined to wooden links, … 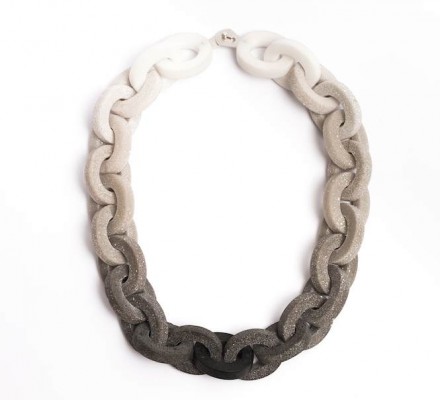 … or a necklace made of crafted stone: here Mrowinski first finely ground diabase and compounded it with resin to form the links of the necklace. In numerous steps the portion of stone-meal becomes increasingly smaller leading to a change in color.

The final year is time for crafting the thesis. By now students are expected to have found their „individual signature”, according to Nelli Tanner.

See below some examples followed by natural stone objects. 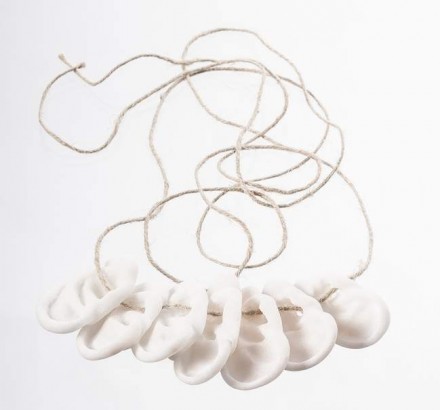 Students also learn how to market their own creations. A public presentation on the Citadel in Lappeenranta wraps up each final year. 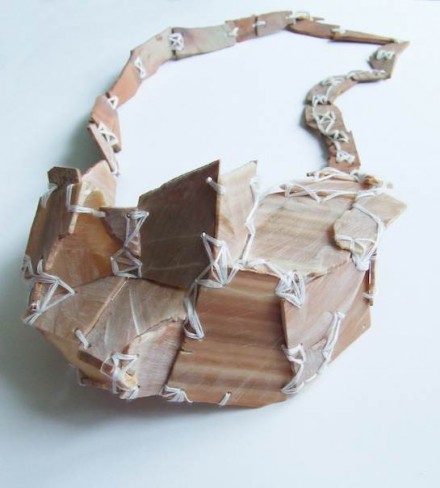 Students regularly go public: in 2011 a symposium with international jewelry designers was held giving life to a book by the title of „Spirit of Stone” (Publications of the Saimaa University of Applied Sciences, ISBN 978-952-5714-48-7) in which local stone and Finnish designers are presented. 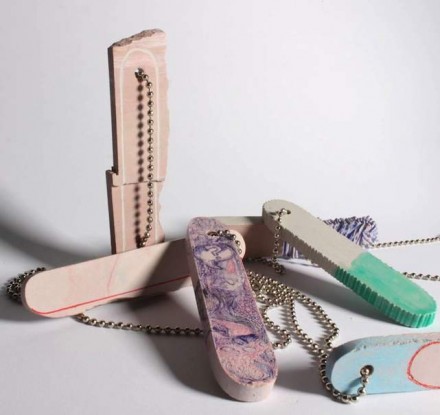 The cooperation with local stone producers is going well according to Nelli Tanner. Students are invited to visit the quarries or collect material. With support of politics the University in cooperation with the stone branch trade organization held a seminar on product design with natural stone and use of quarry waste products.

Bachelor of Culture and Arts (Mail)

Curriculum of the Bachelor of Culture and Arts course of study

Tarja Lehtinen, ex-student and now docent at the university

Some web addresses of graduate students of the university: 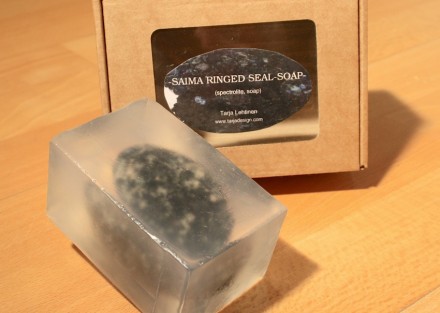 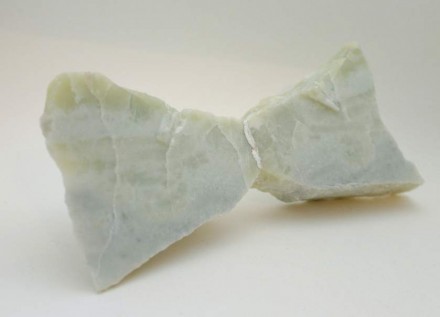 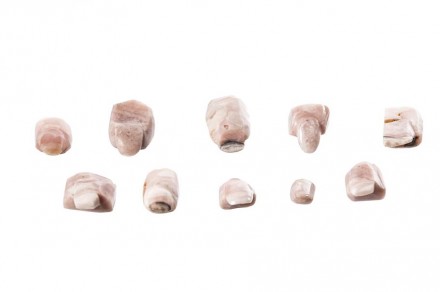 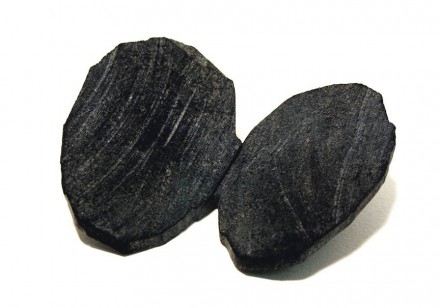