Ancient finds in limestone from a controversial king 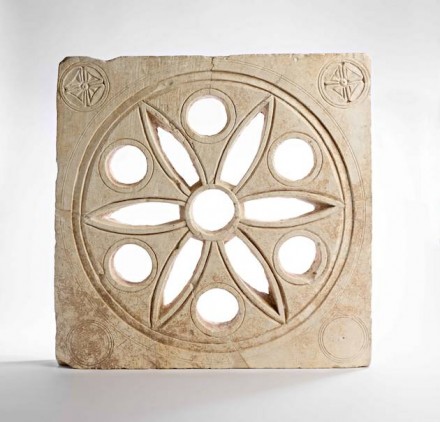 (June 2013) The Carved limestone window screen with cut-out decoration (see above) is one of the artifacts on exhibition in Jerusalem. Until January 04, 2104, the Israel Museum showcases „Herod the Great: The King’s Final Journey“ with approximately 250 archaeological finds from the king’s recently discovered tomb at Herodium, as well as from Jericho and other related sites, to shed new light on the political, architectural, and aesthetic impact of Herod’s reign from 37 to 4 BCE.

King Herod was one of the most influential – and controversial – figures in ancient Roman and Jewish history. Lionized as the „the greatest builder of human history”, he was also demonized for his uncertain ethnic and religious pedigree, controversial political alliances, the execution of his wife and three of his children, and erroneous association with the New Testament narrative of the „Massacre of the Innocents” in Bethlehem. 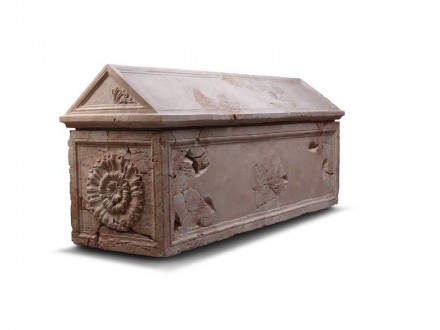 Among the objects on view—all are sarcophagi from Herod’s tomb and restored frescoes from Herodium, his private bath from the palace at Cyprus; never-before-seen carved stone elements from the Temple Mount; and an imperial marble basin thought to be a gift from emperor Augustus. A reconstruction of his burial chamber of the mausoleum is a centerpiece of the exhibition. 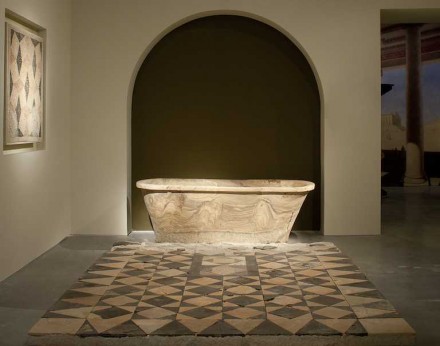 His large-scale building projects required enormous resources and transformed the landscape of the Land of Israel. In addition to his most renowned achievement — the renovation and re-construction of the Temple in Jerusalem — Herod also built elaborate palaces, fortresses, public buildings, pagan temples, and cities which reflect the integration of local building traditions and materials with Roman technology and style. His extensive building activities will be illustrated in the exhibition through architectural elements and archaeological fragments from several sites. 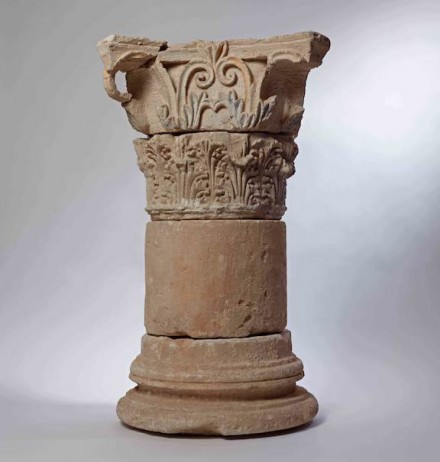 In 2007, after a 40-year search, renowned archaeologist Professor Ehud Netzer of the Hebrew University of Jerusalem had discovered the ruler’s tomb at Herodium on the edge of the Judean Desert. The site included a fortress palace and a leisure complex with gardens, large pools, decorated bathhouses, and a theatre with a royal box. In his final years, Herod reconfigured the architecture of the complex to prepare the setting for his burial procession and site, and constructed a magnificent mausoleum facing Jerusalem. The exhibition is dedicated to the memory of Professor Netzer, who died in 2010 at the site of his seminal discovery. 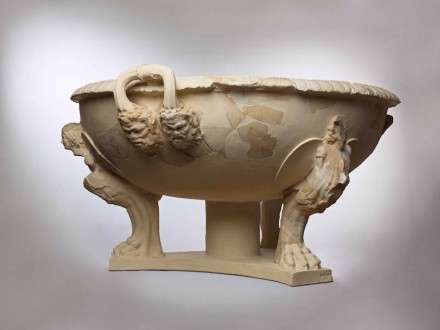 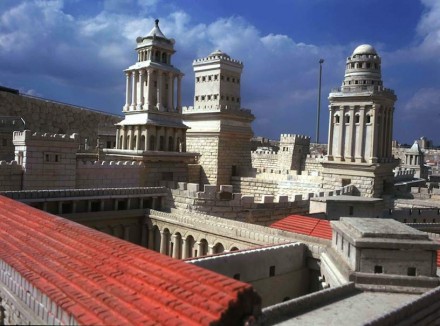