US home-building branch regains its footing 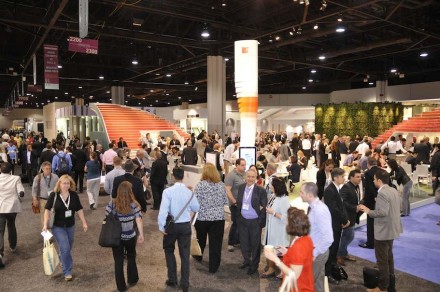 (June 2013) Home and house-building in the USA are currently experiencing a health upsurge. Indications were presented by Donato Grosser in a speech at this year’s Coverings Trade Fair (April 29th to Mai 2nd) in Atlanta: building permits, e.g., were up 23 to 40 % in 2012 depending on the region. 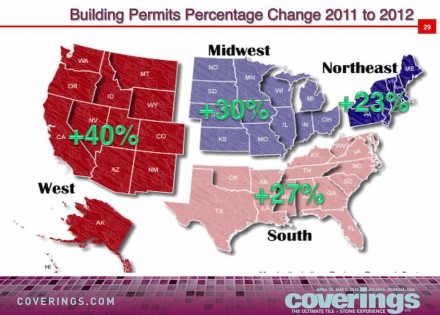 Grosser, consultant for prospective customers of the US-Market, saw an increase in turnover of 10 to 30 % in the ceramics industry this year.

No telling how long the bull market will last, he was quick to add in his talk. The present upsurge represents a run to catch up on lost business during the 5 last years of economic crisis. „People have limited financial means“ he said, warning not to set expectations too high.

He compiled his statistics for the ceramic industry, which has a lower price level than the natural stone branch. But the high-end material also is looking toward healthy growth: the January/February 2013 issue of „Cutting Edge“, the Marble Institute of America’s (MIA) official publication, cites Toll Brothers Company, one of the giants in the building of luxury homes: Q4 2012 saw a 75 % increase in contracts closed compared to the same period one year prior. „We believe that in 2013 some 3600 to 4400 homes will be built at an average cost of 595.000 to 630.000 US-$“ according to Martin Connor, Toll Brothers’ head of finance.

The Trade Fair welcomed 950 exhibitors from 35 countries catering to 22,000 visitors.

The elaborate program accompanying the Fair, and including 70 talks and 15 demonstrations, is worth special mention. The new „Stone Zone“ offered stone fabricators the opportunity to experience the latest in equipment, tools, accessories and supplies. In the Stone Zone, the Stone Fabricators Alliance (SFA) presented ongoing demonstrations and educational „how-to” topics for fabricators and installers on everything from seam polishing to honing and antiquing. 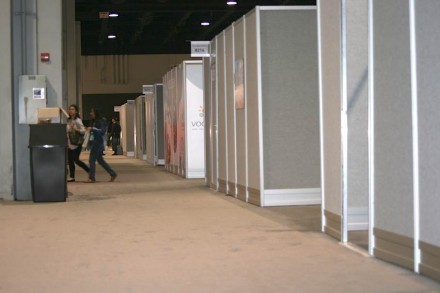 Two more particularities of Coverings are worth mentioning as well: Once again the Trade Fair featured special booths sealed from the public and accessible through one door only. Many exhibitors seem to value this somewhat unconventional type of representation sealed off from rubbernecks and copy-cats.

Coverings travels from one fair ground to the next in nomadic fashion. 2012’s edition took place in Orlando, Florida. 2014’s venue will be in Las Vegas where Stonexpo/Marmomacc Americas is held yearly.