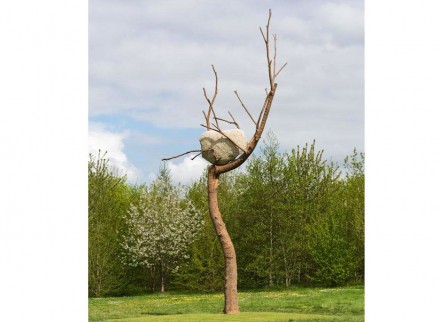 (September 2013) Three monumental, 40-foot tall bronze trees with stones in the branches will be on view daily from September 26, 2013 through February 9, 2014 in Madison Square Park in New York City. „Ideas of Stone“ is the title Italian artist Giuseppe Penone gave to his installation highlighting the relationships amongst man, sculpture and nature.

Trees as living sculpture is a recurring theme for Penone. He often manipulates these natural forms by twisting, deconstructing, hollowing, and uprooting the organic figures. He incorporates traces of fingerprints, nails, wires, carvings, and precariously placed boulders as remnant evidence of the sculptures’ manmade composition and the effect of human interaction with the natural world. Penone addresses concepts of weight, balance, and scale, while merging the manmade and the organic. 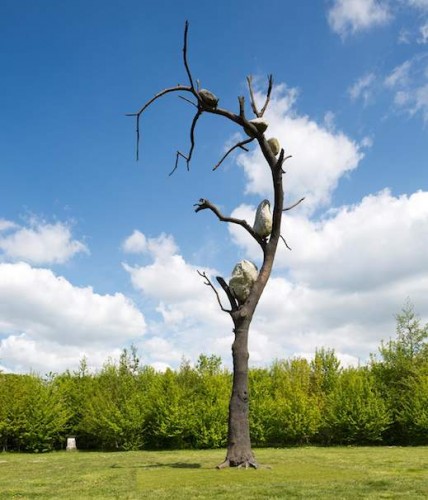 President of the Madison Square Park Conservancy, Debbie Landau comments the exhibit: „Penone’s work may be best-known to European audiences, and the opportunity to display his towering bronze trees in New York is a tribute to his unique vision which complements the natural environment of the Park’s foliage as the seasons transition from fall to winter.”

Giuseppe Penone (b. 1947) lives and works in Turin and Paris. He was a member of the Italian Arte Povera group, artists who sought to dissolve divisions between art and life by using commonplace subjects and materials in their work. 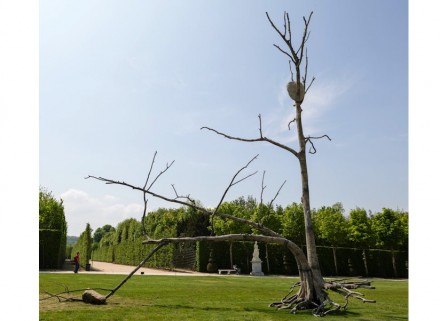