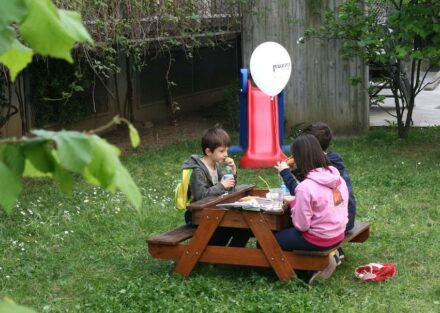 The fact that the natural stone sector is very well positioned in terms of its material CO2 balance is well known and has now also been substantiated with data by numerous studies. But that is only one side of the coin. The other is the release of greenhouse gases in connection with the work processes in the industry, i.e., stone quarrying, processing in the workshop and transport. There are also studies on this, for example on the life cycle of stone products. The Swedish natural stone association Sveriges Stenindustriförbund goes beyond this and in May 2020 adopted a target according to which the industry is to operate on a completely CO2 -neutral basis by 2029, i.e., completely without fossil fuels. The document for this is entitled “Färdplan för Fossilfri Konkurrenskraft“ (Roadmap for Fossil-Free Competitiveness).

The background to this is the initiative that the country presented at the 2015 climate conference in Paris. It stated that Sweden wanted to be fossil-free by 2045. In other words, the country then only wants to release as much CO2 into the atmosphere as is bound again from the air elsewhere.

The Natural Stone Association has now shortened this period once again and set 2029 as the target.

The “roadmap“ mentions numerous ways in which natural stone companies can actively set out on this path. One is to reduce energy consumption in quarries and workshops – this could be done with new machinery, it says.

From this, appeals are made to consumers and to politicians to support the stone industry, which we will discuss at the end of our text.

Another possibility mentioned is the smart planning of necessary transports: If many suppliers are involved in a large project, they could reduce transport by cooperating. The Slussen subway station in Stockholm, where abundant local limestone was used on the walls and floor, is cited as an example.

The authors emphasize that this can also reduce costs – at the end of the roadmap, they say that experience from the extraction of mineral raw materials has taught them that investments in climate issues generally “reduced operating costs.“

Energy saving is not the only topic addressed. Operational energy generation with the help of sun and wind is also addressed: “There are member companies (in the Association), which are self-sufficient in terms of electricity,“ it says. The same applies to water.

But if a company needs to buy additional energy, it can look for suppliers with environmental certification. The conditions in Sweden put the quarry companies in a good negotiating position: because when electricity consumption is at its highest in the winter from December to March in the country, many quarries have reduced or even completely shut down their operations.

It is clear that the roadmap involves investments on the part of the companies. Conversely, however, the opportunities for domestic materials on the domestic market are also improving.

The roadmap therefore devotes extensive attention to the role that both cities and municipalities and private consumers play in the issue.

In the roadmap, the stone association appeals to the municipalities to act as role models: In their tenders, they could specify criteria for the materials used, such as “energy efficiency, limited climate impact or degree of recycling.“ As an example, paving of public squares or paths is mentioned: if the offices were to demand natural stone here instead of concrete material, they could publicly set an example and also bring the issue of sustainability to the attention of the public.

Admittedly the demands of the federation to the consumers are only rather moderately presented. Nevertheless, the city of Uppsala is singled out: in its invitations to tender, it expressly demands life cycle assessments from the applicants.

Only moderately does the roadmap also address the issue of investments on the part of the companies. The text states that facilitations elsewhere would support the companies in the purchase of energy-efficient machines and technologies. Reference is also made to the years-long procedures for the approval of new quarries: these would unnecessarily tie up financial resources that the companies would actually like to have invested in CO2 issues.

The Sveriges Stenindustriförbund was founded in 1938 and includes companies from quarrying to processing and assembly, as well as suppliers of tools, etc. About half of the companies in the industry are members of the association. They generated sales of just over SEK 1.5 billion (US$175 million) in 2019 and employed nearly 1300 people. Overall, the industry in Sweden has a turnover of about SEK 2.5 billion per year.

In April 2021, Canada-based stone company Polycor announced plans to be carbon neutral by 2025.