Paris‘ Louvre is home to the Porche Mamlouk, a gem of Islamic Art 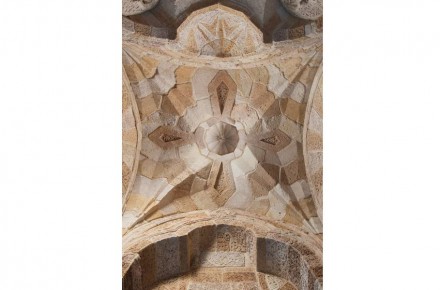 (October 2013) The Porche Mamlouk is a stone attraction of a special kind even by the Louvre’s high standards and can be viewed and admired in the new wing for Islamic Art. The section was opened to the public in September 2012 with the aim of bringing Islamic Culture closer to the Western World.

In the 15th century, the dome was originally part of the entrance to Cairo’s Prince’s residence and shows the building technique as well as the artistic skills of the era’s culture.

At that time, Cairo was a metropolis and the world center of Islamic Culture.

The portal was dismantled in 1887 in Cairo and was meant to be shown at the 1889 World Fair in Paris as part of a typical Cairo street complete with original buildings, craftsmen, traders and animals. Perhaps the organizers wanted to set a point of contrast to the famous Eifel Tower shown not far away but made of state of the art puddled iron. 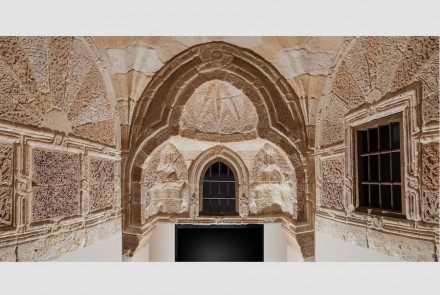 The arches would have been 4 m high but due to technical requirements it was never erected. Its 300 pieces all neatly packed in transport crates disappeared into vaults and were all but forgotten.

A few years ago, an employee of the Louvre found a letter in the archives making reference to the jewel, and so the investigative work began. In tedious research work the pieces were rediscovered along with drawings which an architect had originally made showing the residence. 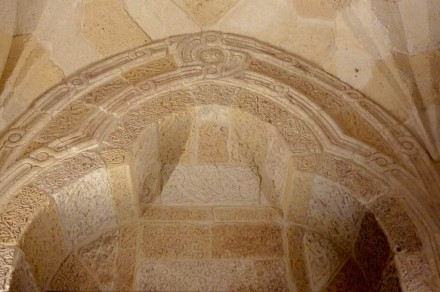 The drawings allowed the museum’s staff to put together the pieces of the puzzle and complete missing pieces with reconstructions. 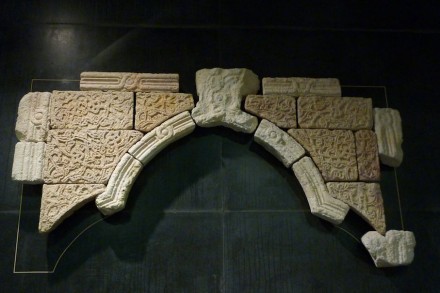 Shortly before completion and quite surprisingly more archive material was discovered allowing reconstruction even of the outer wall of the portal.

Reconstruction of the ensemble weighing a total of 5 t was most demanding. It is fit into a girder but all elements are fit together to allow disassembly. For lack of space the construction was pre-assembled in 2.60 m height and heaved into place on site.

The dome is richly decorated in geometric and floral bas-relief typical of the Mamlouk Sovereignty. It was made of Egyptian white and yellow sandstone. Missing pieces were made of similar material originating from the Département Oise and Dordogne. 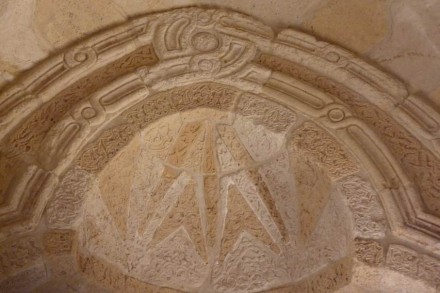