Veins in stone for the bathroom 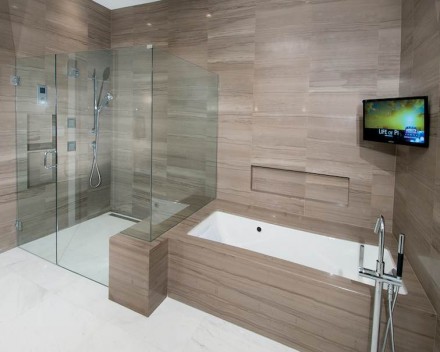 (October 2013) Horizontal lines can expand a room optically and liven it up. A case in point is this bathroom by Marmol Export Company of Miami, Florida which provided and installed the stone – Bamboo Marble originating from China.

Of course, with slabs of this size 12” x 24” (approx. 30 cm x 60 cm), the arrangement has to be considered carefully to obtain the desired effect. With projects of this dimension, tiles are usually placed on a surface near the building site. Preplacing can take on large dimensions like a giant puzzle. But this can cause building costs to explode. Here, however, the tiles were simply mounted in the order in which they were delivered.

Marmol Export took great pains in paneling the bathtub – to the point where joints are practically invisible. 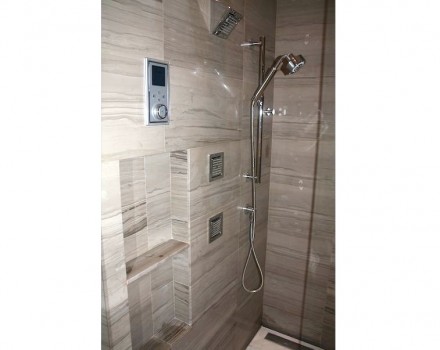 Critical spots are the niches in the walls. 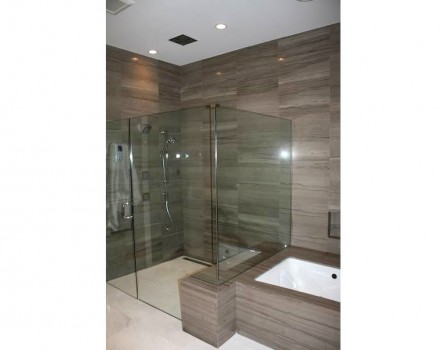 Note the extra shower nozzles in the wall and ceiling. 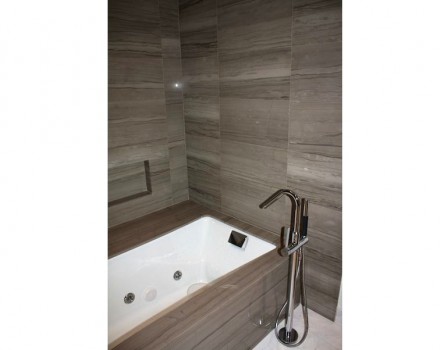 Unusual, too, the waterspout for the bathtub. 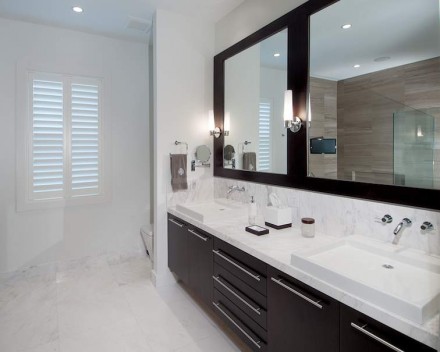 The bamboo-marble is a sharp contrast to the design on the opposite side of the bathroom. The light marble used for the counter top is White Himalaya as was used for the flooring. In contrast to the side with the shower and bath, here the stone cladding extends only part way up the wall.