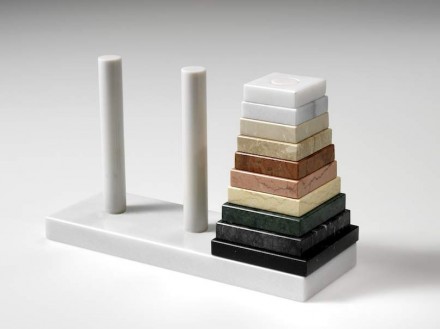 (November 2013) There is a wide open market for natural stone toys, or so we claim. The target group, however, is not children but rather adults. E.g. the Tower of Hanoi, which Consorzio Marmisti Chiampo presented at this year’s Marmomacc (see photo above).

Designer Andrea Gross Gaiani together with Giulia Regalini interviewed consumers of the Consortium in an elaborate census and drew a picture of what natural stone represented and where consumers saw its implementation. The project was titled „Sfumature“.

Their distinguishing factor is a bit of craziness. Or put another way: of course they could have been crafted from other material which would have been a lot less expensive – but only stone gives them that certain je-ne-sais-quoi. 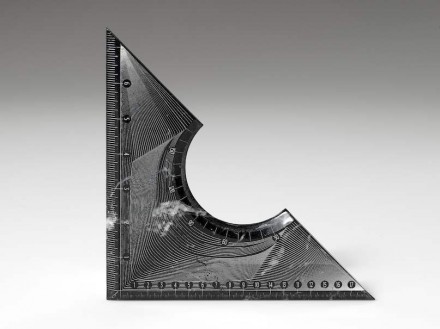 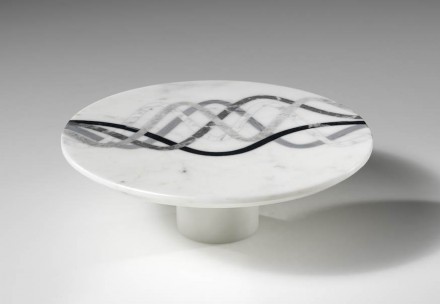 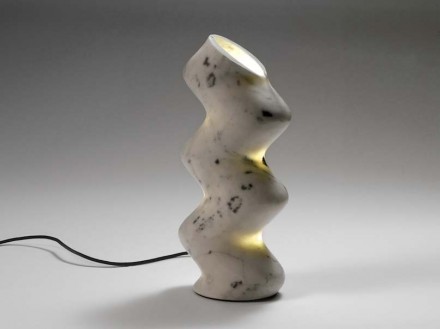 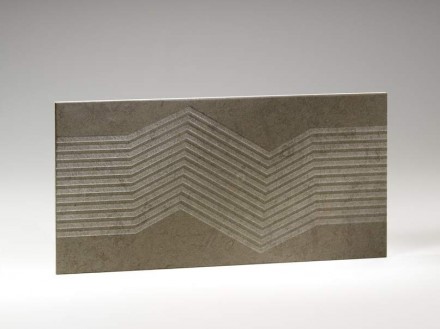 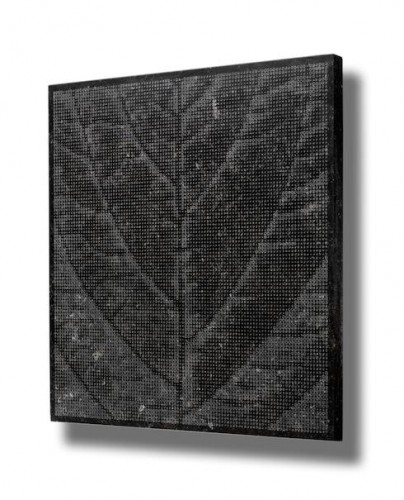 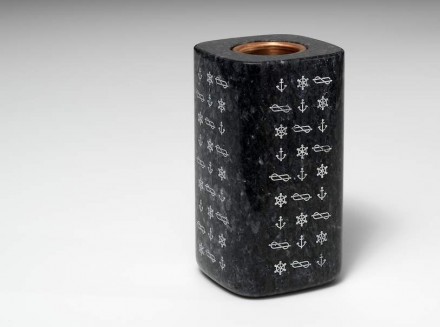 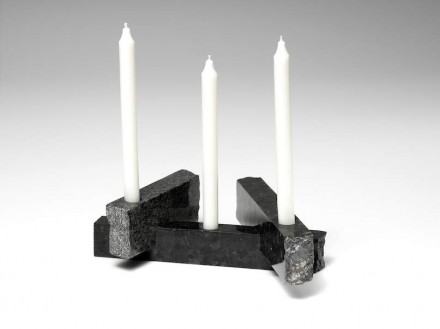 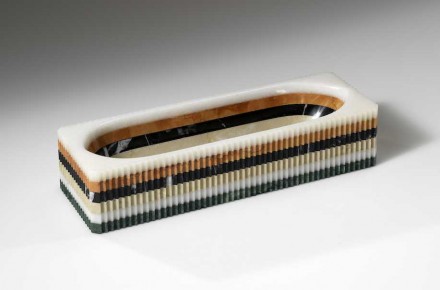 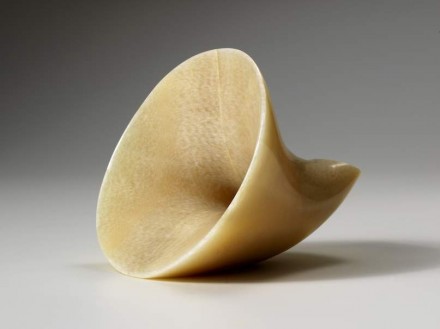 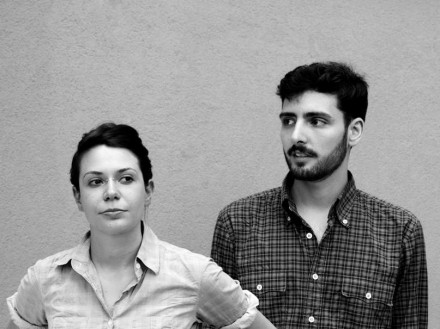