Casa X in Mexico: Building in natural stone as an accent at the faccade 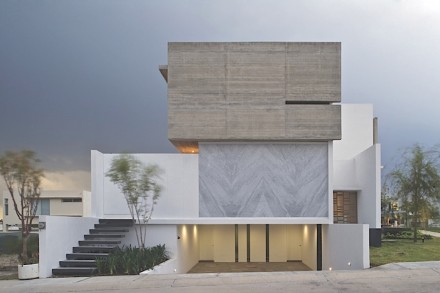 (November 2013) How to set an accent with natural stone is demonstrated effectively by Eliás Rizo Arquitectos and Agraz Arquitectos with the aid of their Casa X in Mexico’s Zapopan: they designed part of the outside façade using the open book technique in marble. 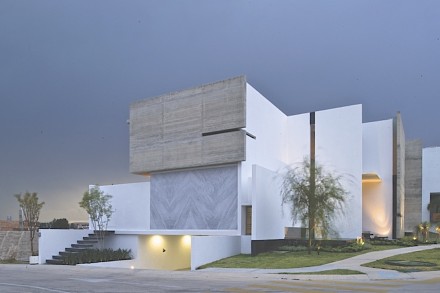 Surprising, as most such artistic and expensive implementations of natural stone are restricted to interior use. But special protection against the elements was not necessary according to the architects. 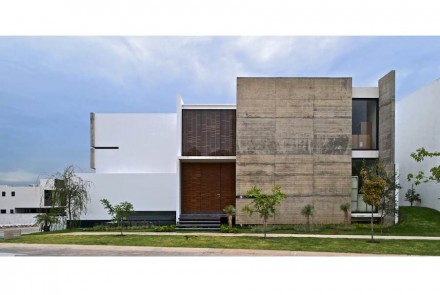 Apart from natural stone accents, the façade’s surfaces are concrete or whitewashed. Metal grids and large windows provide a change of perspective around the entrance and stairwell. 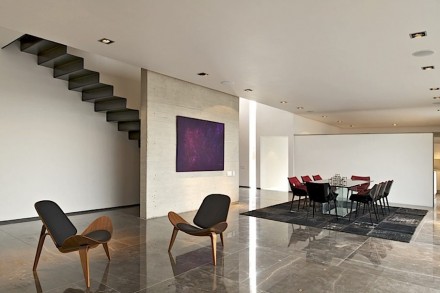 Some of the rooms have marble flooring. 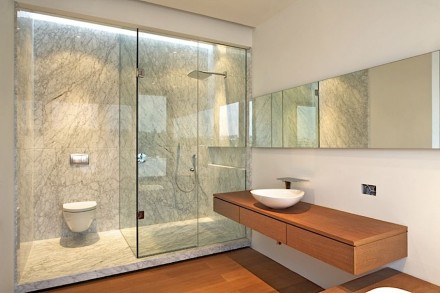 The shower is decorated with marble. 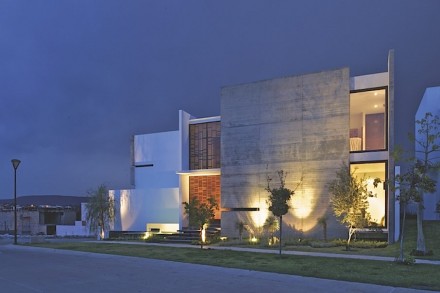