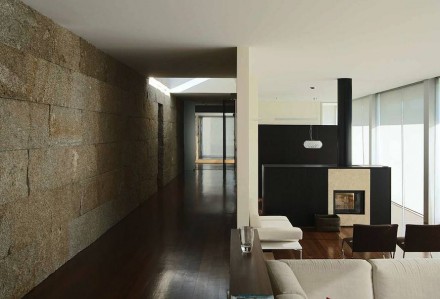 (December 2013) In southern latitudes where outside temperatures are predominantly warm, houses are usually built with thin outer walls but have a poor energy balance: the walls do not keep heat or cool conditioned air indoors. 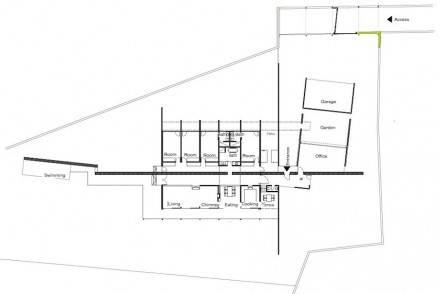 German architect Anton Graf has designed a bungalow in Portugal’s Negreiros and bestowed it with an interior dry wall of massive stone able to absorb and store thermal energy.

At the same time, the drywall gives the one-story pavilion made of glass, concrete and steel a very special first impression: the granite blocks have a raw surface with an almost magnetic haptic attraction. Such raw surfaces are common among historic buildings in the region.

The house was nominated for this year’s German Natural Stone Award. Portuguese architect António Novais Maduriera was also involved in realizing the project. 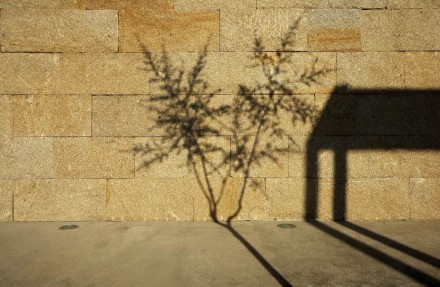 One of the particularities of the drywall is that it was built entirely without mortar: the blocks are relatively small 130 cm long x 45 cm high x 30 cm strong simply placed one atop the other having been cut precisely to size at the 200 km distant quarry.

The stone is Amarelo de Luzelos granite chosen for its grain and color. 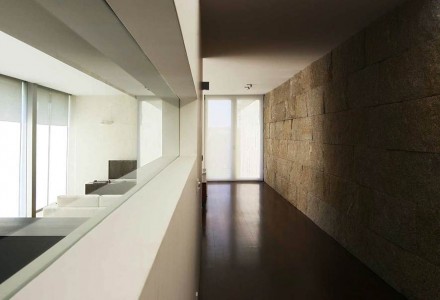 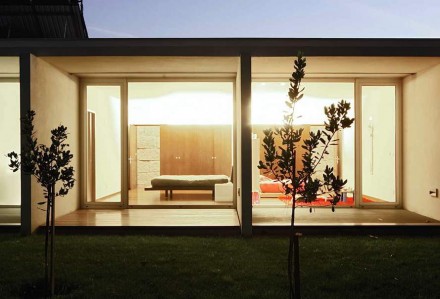 A house of this kind what with its solid back-bone requires no further partitioning. There is a hallway on either side of the drywall from which rooms of the living area and bedrooms respectively are accessed. 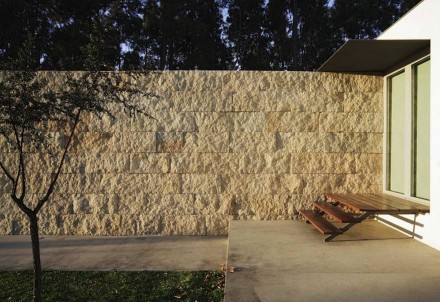 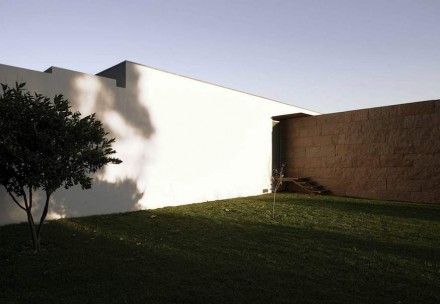 The drywall itself extends beyond the building itself separating the pool area from the garages, garden and office.

90% of the energy requirements are derived from solar energy using a floor heater according to the architect. The high efficiency is due to insulation.

Stone work was carried out by Zedasiães Granitos. 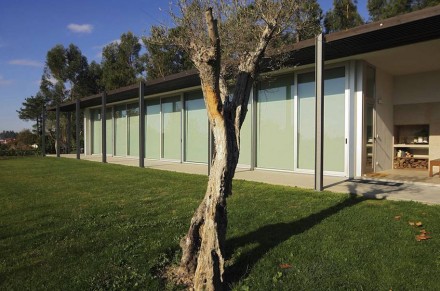