The heel of the Italian boot in natural stone 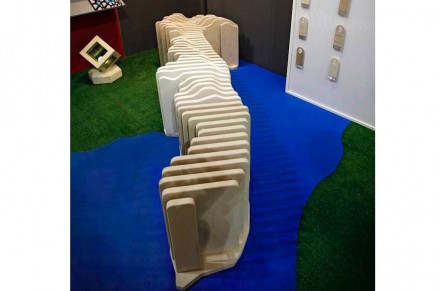 Regions rich in natural stone reserves often depict the region in mosaics made of their local material. From the southern Italian region of Apulia now comes a new idea for geological presentations: a bench made of upright stone slabs like a row of dominoes.

The bench is made of 4 types of local limestone: Apricena, Trani, Fasano-Ostuni and Lecce. But that’s not all: the Bench is a stylized relief of the region of Apulia.

A designer-team of Centro di Progettazione, Design e Tecnologie dei Materiali (Cetma) came up with the idea. The work was realized by Monitillo Marmi, Marmi Damiani, and Pietram. They recently founded the joint-venture called Smetwork. 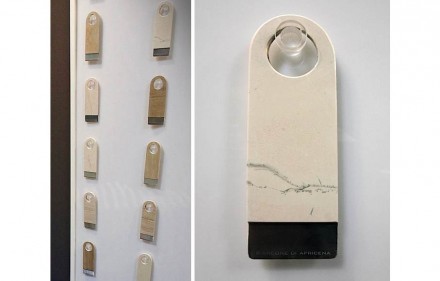 Another of Cetma-Designers’ ideas aims at presenting all of the 29 local types of stone at once.