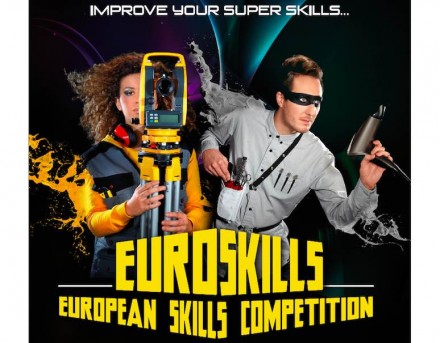 The fact that craftsmen and -women generally avoid the limelight is no excuse. After all, hairdressers from 11 countries will be competing in this year’s EuroSkills in France’s city of Lille. The Cook & Service division even has 17 competing country teams. The show of stonemasons, in contrast, is moderate at best, comprising a mere 7 country teams.

EuroSkills will take place from October 2nd to 4th 2014 in Lille. There young craftsmen and –women will take on a number of challenges. Competing teams practice the same craft. There are no cross-competitions.

The competition, which takes place biannually, is dubbed the professionals’ Euro Cup – and rightly so. Young professionals must complete a series of challenges according to an exact description or plan. Competitors from past tournaments report that requirements and the level of stress are high.

On the other hand, past participants tell us that meeting colleagues from other countries is fulfilling, and interesting at once. A total of 25 countries will be sending participants from 40 professions to the start.

EuroSkills are  deemed to be a good opportunity for a start at the WorldSkills in Brazil.

Contact addresses can be found under „Join Us“ > „Members“ on http://www.worldskillseurope.org.