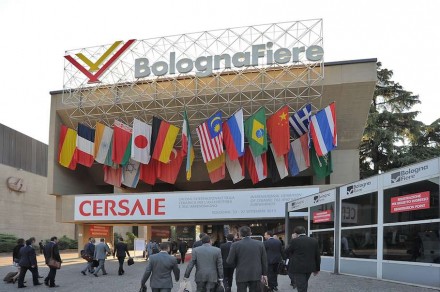 Cersaie World Trade Fair is a world leader for ceramic tiles and bathroom furnishings and is seeking to break into the realm of other materials beside ceramic. Natural stone as well as wood are in focus albeit mainly for use in bathrooms.
Up until now the Fair, which will take place form September 22nd to 26th this year in Bologna (almost simultaneously with Verona’s Marmomacc), was rather reserved toward ceramic’s competitors. As to the about-face, Emilio Mussoni of Confindustria Ceramica states that distributors are the most prominent group of visitors to the Fair and points to the change in their markets: „For a long time now, these distributor companies have been marketing not only ceramic tiles … but also marble, natural stone and parquet.”

Or put another way: companies are no-longer focusing merely on material but rather on the entire gamut of bathroom accessories.

Cersaie has a constant waiting list – do newcomers have even the slightest chance? Emilio Mussoni confirms that currently 92% of the exhibit area is leased to exhibitors but emphasizes that the organizers are more flexible than they used to be: „Cersaie has always selected exhibitor companies on the basis of their profile and international standing.”

So it came to be that already in the past exhibitors showing natural stone and stone products were represented at the Fair. But they were wont to show a strong profile among the ceramic producers. So Mussoni promised a new tack: „There will be a hall devoted to the companies in the new sectors.”

In 2013 Cersai welcomed 100,769 visitors. Whereas Italian visitors were down (-12.5%), visitors from abroad were up by +4.2% (46,535). The number of international exhibitors (302 from 34 countries) made up one third of the total.
Cersaie’s supporting program is superb. Its target group is interior designers and architects. Main speakers at last year’s event were Spain’s Rafael Moneo and García Abril and before them Patrizia Urquiola or Renzo Piano. 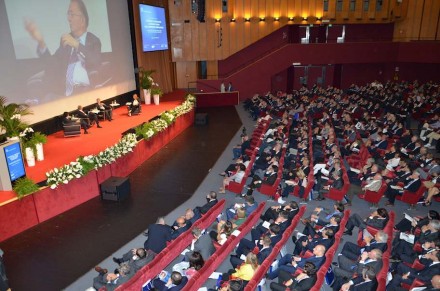