„In pursuit of a holistic approach” 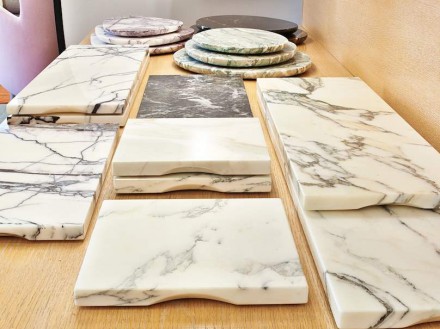 Marcus Baron takes a clear stand: „As a designer these days it’s not sufficient just to want to ‘make more stuff’. Modern Designers have to be far more aware of process and impact on as many levels as possible.” His aim is to find a „holistic” approach to product development.
Baron works as a creative director and freelance designer for London based Stone Theatre Company for which he recently developed a series of kitchen cutting-boards. 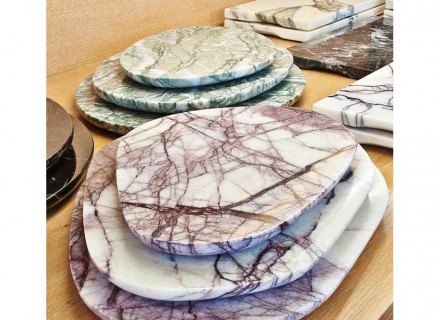 The material of choice is natural stone and the holistic approach is served through a sparing used of natural resources. So he used waste material exclusively originating from Stone Theatre Company to produce his new line. But the nature of the stone’s origin is not visibly obvious. The pieces are worked as if they were exclusive and expensive elements. 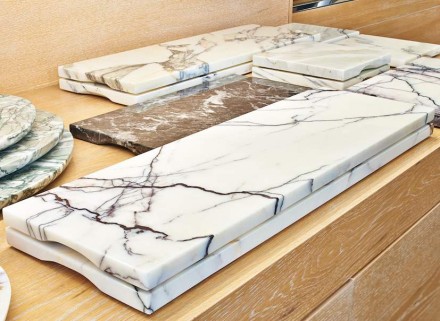 Baron emphasizes the importance of Stone Theatre stone masons’ contribution in realizing the product. Marketing is done by Skandium Company.
The project is also being integrated into a Junior Mason Training Program. 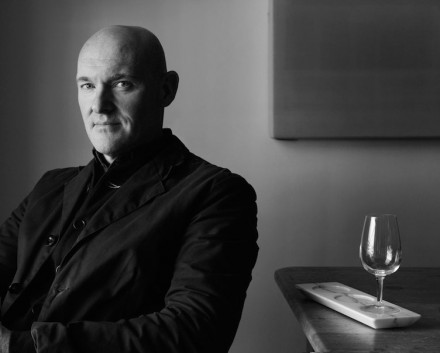