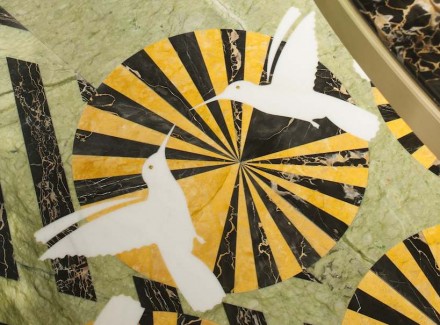 Is the excess of luxury subject to augmentation? Italian Citco Company demonstrates what one might expect under the concept: Its collection by the name „Privé“ (Private) shows a number of interior design elements combined with other noble materials. On top, Rivoli Veronese-based Citco demonstrated its state-of-the-art-craftsmanship skills. 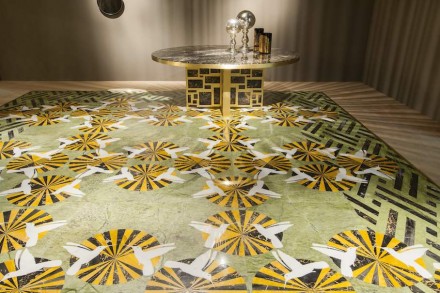 Take, e.g., the inlay work, which goes by the name of „Colibrì“ (hummingbird) in the flooring: the filigree pointy beaks of the demure little birds almost touching on the petals of a stylized flower. Their eyes are made of Swarovski crystals. The marble types used were Black Portoro, Green Ming, Zarda Gold, and last but not least, for the hummingbirds Covelano White. 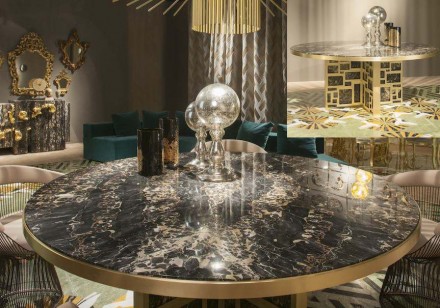 The table, which goes by the name of „Petersburg“ is made of Portoro Marble and implemented for the table top as well as for the frame. 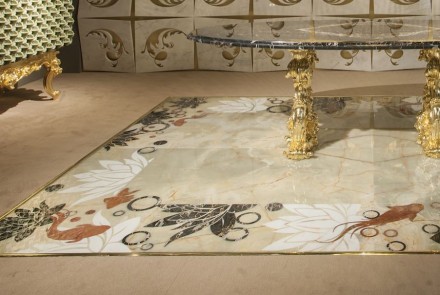 In another area of the trade fair hall in Salone del Mobile 2014, visitors could experience under-water excess: „Goldfish“ was the title of the flooring complete with mock fish and waterlillies. The water was emulated with the help of Green Onyx. 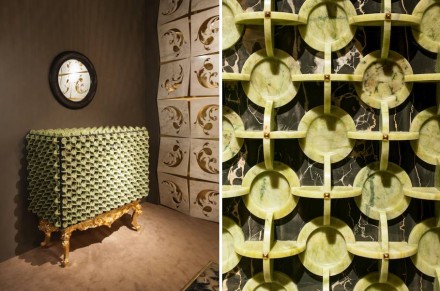 „Treasure“ is the name of the matching side-board the sides of which are made of Green Ming Marble as well and allowed manifold interpretations of the pirates‘ treasure hidden within. 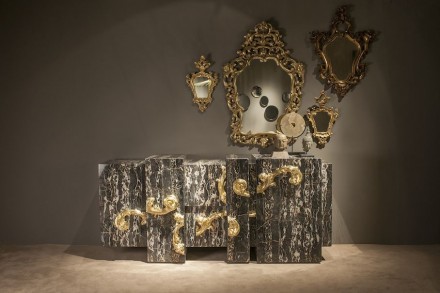 The sideboard by the name of „Giorgiana“ might have been the ruins of a warship’s ammunition deck sunk in a hailstorm of hostile flack: its Black Portero Marble-clad elements stand out like heavy powder barrels one next to the other. 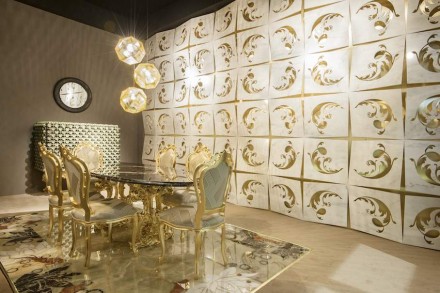 And last but not least. The wall by the name of „Crepuscolar“: land ahoy! The slabs of delicate Cream Marble were carved to plant shapes, more precisely ramsons leaves backed by brass polished to a gleaming gold finish.
Excess of luxury showed numerous details in Baroque shapes.