Sculptures of steel and stone in Versailles 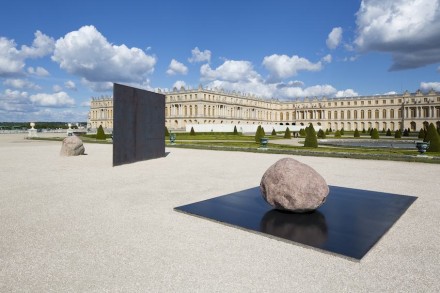 Guest artist in Versailles for summer and autumn 2014 is Lee Ufan, painter and sculptor of Korean origin. His intense and silent works will be placed in the palace and in the gardens, at the foot of the Gabriel stairs, in the great perspective designed by Le Nôtre and around the corner of walks or in the mysterious groves, completing and modifying the atmosphere for a time.

Lee Ufan’s sculptures most often confront two materials: steel plates and natural stones. Their generic name „Relatum” (target), expresses the notion that a work of art is not an autonomous and independent entity, but that it only exists in its relation to the outside world. For Lee Ufan, the action of the sculptor consists in criticizing the hyper-productivity of the modern world, in response to the evolution of art, which after thousands of year spent making hand-made objects, moved to industrial objects and ready-made.

Lee Ufan has chosen to connect the made and the unmade. In his mind, „seeing, choosing, borrowing or moving are already a
part of the creative act”. He links nature to human conscience with a simple iron sheet dialoging with a stone. He can also deploy mat steel sheets in a linear structure, standing or prone, their undulations responding to the space they occupy. 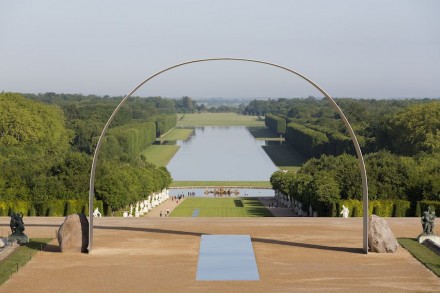 In Versailles, the artist will install ten works, all entirely new, some of them of unusual size to correspond to the spaces in the gardens.

Born in 1936 in a mountain village in South Korea, Lee Ufan was first initiated to traditional Chinese culture. His training, anchored in Far-Eastern tradition initially led him to literature and writing. After moving to Japan at the age of 20, he studied philosophy and engaged in political action for the reunification of the two Koreas. At the same time, he started his career as an artist, taking an interest in Jackson Pollock’s gestural abstraction, while at the same time studying traditional Japanese painting. 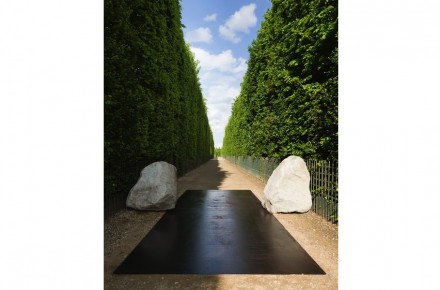 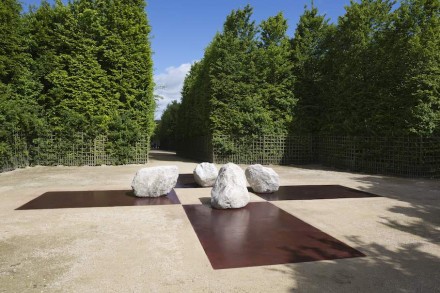 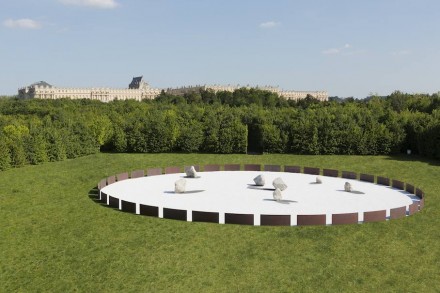 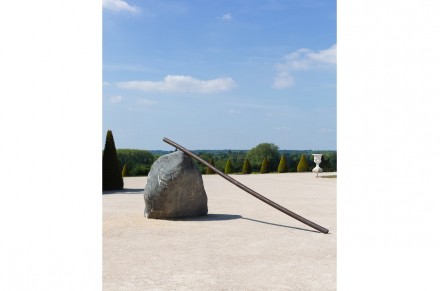 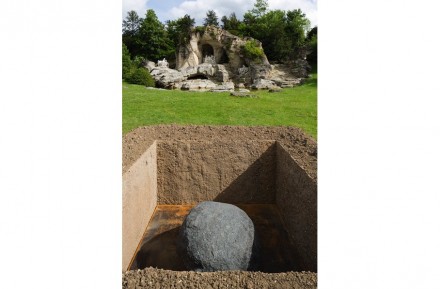 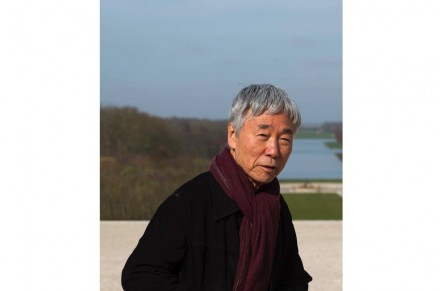