Matthew Simmonds: are there doors to other worlds concealed in stone? 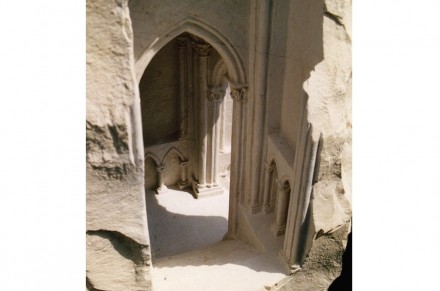 If you are living in the northern hemisphere, your summer vacation is probable over for this year. But before you return to your place of work, let us take you on a journey – to a place you’ve never been before – to the inside of the stone. 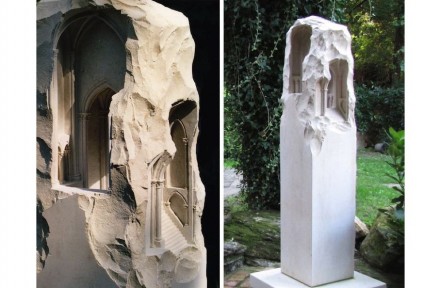 By means of these first pictures, we have entered the sanctum of „Gothic Stone“ by Matthew Simmonds with our eyes. Unfortunately we immediately arrived on the opposite side and thus right back to reality. 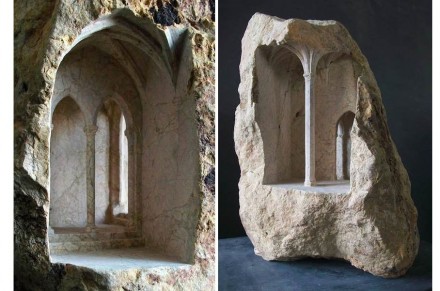 So try again with a stroll through „Gothic Passage“. 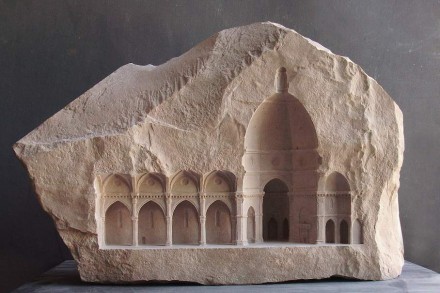 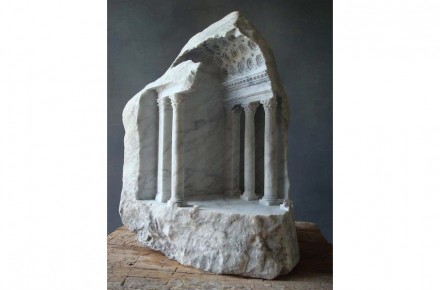 His work is fascinating and contradictory: he builds not by laying stone upon stone but rather by removing stone. He writes: „I am very concerned with space and light, and the idea of entering into an internal world.“

He achieves his goal by switching the (surreal) internal world and the external (real) worlds. Space is void, the object of his fascination: the precision of architectural detail invites the visitor to see the void as free space and thus search for a door to another world. 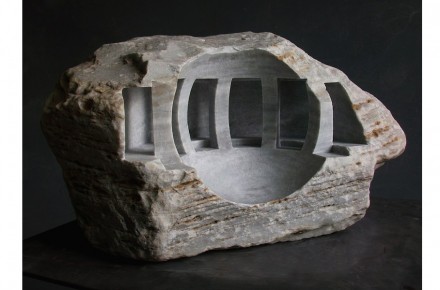 Matthew Simmonds himself enjoys delving in such mind-play. Thus he designed the view inside the stone according to historic vaults, stairwells or pillared halls. His repertoire includes architecture never seen before. 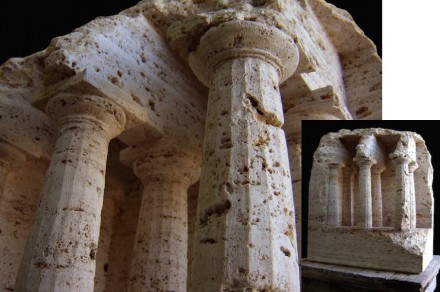 „In most cases the sculpture is then suggested by the stone“, he writes and allows himself to be inspired by the various types of material. „Marble may suggest a more classical piece, travertine something fairly simple and bold, a fine limestone a detailed medieval inspired piece.“ 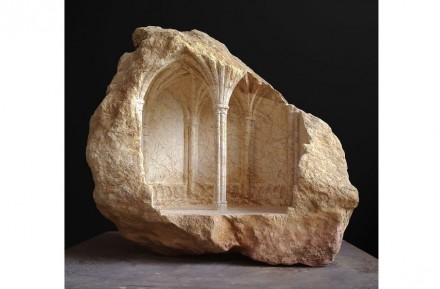 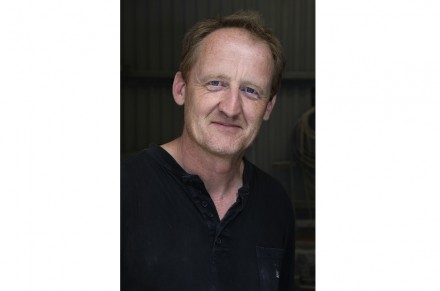