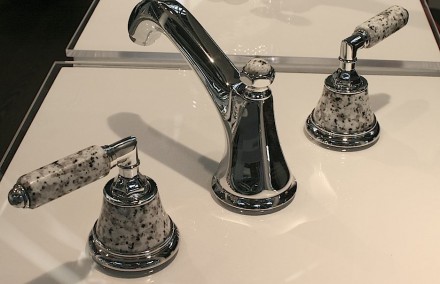 The days when big trade fairs revolved around a single type of material, are counted. Today’s fairs address a theme – comprehensively and completely – giving visitors an update on all the latest developments in that field. Cersaie of Bologna (September 22nd to 26th 2014) is one such global fair. It is considered the most important event for architectural ceramic tiles, and bathroom furnishings, and is currently broadening its focus to encompass natural stone.

And with success: for the first time the 32nd Cersaie will show a section on marble and granite, wood and parquet in hall 22.

With its current concept, the trade fair has successfully attracted architects, interior designers, and contractors. Part of the attraction is a series of lectures with promising names. Note that the lectures are not an ode to ceramic tiles but are held on current subjects revolving around architecture.

This year’s keynote will be held by the Japanese architect Toyo Ito, winner of the 2013 Pritzker Prize.
The conference „The Place of Sound“ is all about acoustics. Contributing participants are the Spanish architect Higini Arau as well as double bass player and music producer Saturnino and architect and product designer Lorenzo Palmeieri, both from of Italy.

Contributors to the „Welfare“ conference speak on the subject of building for the aged. Paolo Portoghesi, a specialist in unorthodox thinking, asks whether a society focused on providing additional child care should not also provide more possibilities for care of the aged.