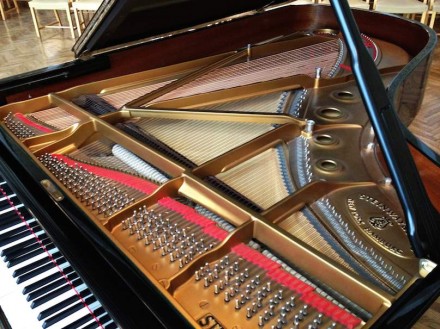 For a number of years now the stone branch has been in the process of modernization. This year’s Marmomacc in Verona offered examples in point which we will expound in detail in subsequent issues.

To fully understand the updates as they relate to natural stone, let us turn back the clock some two centuries and take a closer look at the craft of piano building which experienced a hitherto unseen boom propelled by eccentric musicians and made possible by technological innovation.

One of the most famous pianists of the time, Franz Liszt (1811-1886) was a star ahead of his time. He played piano with such vigor, pounding the keys that the piano often broke, sending the audience into a frenzy of delight and fainting spells.

Note that pianos of the time were made of wood only with more similarity to a cembalo than to a modern day pianoforte.

Franz Liszt’s musical ebullience, and that of other stars of the time, e.g. Beethoven, prompted piano makers to build instruments with cast iron frames. Another important innovation was the implementation of wound copper wire strings for the low range. Strings could now be spun.

The result was what we know as the modern day pianoforte whose name was originates from the fact that listeners were baffled at the range and intensity of sound produced.

The maxi-version is the grand piano also constructed with ample steelwork.

In the stone branch, it is the mainstream, non-eccentric, product designers, who set the pace. Pole position is held by Italy followed by a number of other countries with a number of innovative ideas. They propagate the used of state-of-the-art technology such as CNC-Machines, rope saws, or water jet cutters to go new ways.

This is a chance for the stone industry making way not only for new products but also creating a modern image for itself.

But at the same time, the traditional and romantic image of hammer and chisel is fading.
The same development happened in the music world some 200 years ago.

An amusing anecdote tells of a pianist who, having completed composition of the accompaniment to a poem was so enthusiastic that he grabbed his wooden piano, brought it to the home of the poet, rang him out of his sleep and recited the piece with unchecked exuberance according to the source.

The neighbors were not amused, however. 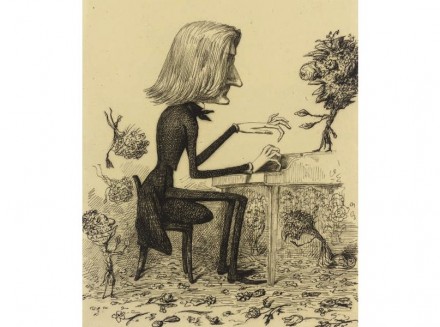