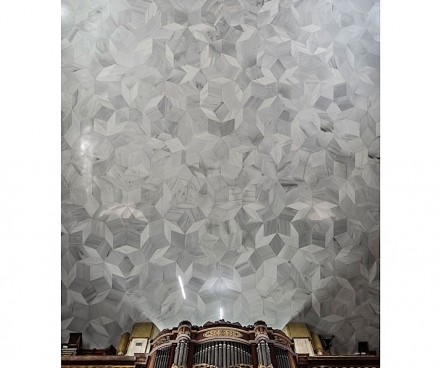 The flooring of the catholic Santa Maria church in Menorca’s town of Mahón is sensational: the pattern is designed with shapes originating from modern mathematics. Penrose-tiling is the proper technical term. Roger Penrose investigated sets of aperiodic tiles in the 1970’s, about the same time as the flooring of the church needed a restoration and was designed following the new ideas. 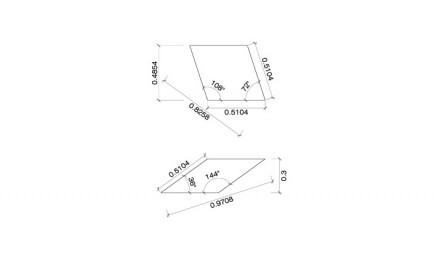 The pattern on the flooring starts out with two rhombi with equal sides but different angles as prototypes. 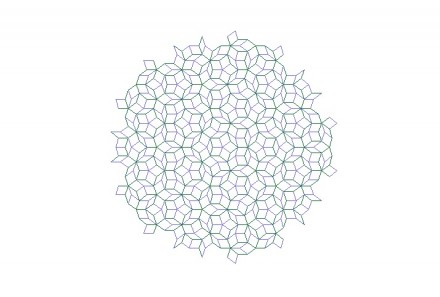 They can be arranged in a number of ways producing an aperiodic pattern which is orderly but irregular as described in Wikipedia. 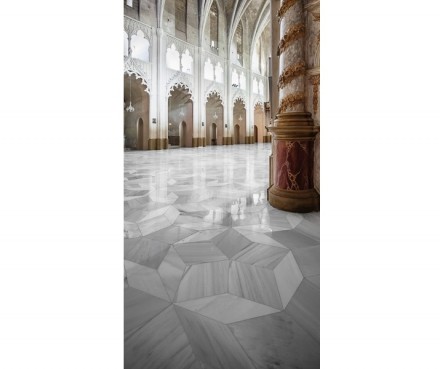 Most remarkable in the Santa Maria Church of Mahón are the reoccurring pentagrams.

But producing such flooring is a highly challenging task for tile manufacturers as well as tilers, as the angles require a high degree of precision, lest a small deviation extrapolates to an inflation of irregularity.
And by definition the pattern must show no overlaps or gaps in the tiles.

In the case of Santa Maria de Mahón, the Spanish natural stone specialists of Natural Quality Stone (NQS) took on the challenge. The company’s specialty is mastering difficult tasks in keeping with close directives by the client, in this case architect Jesús Carbona Pons of nontropia commissioned by the parish. 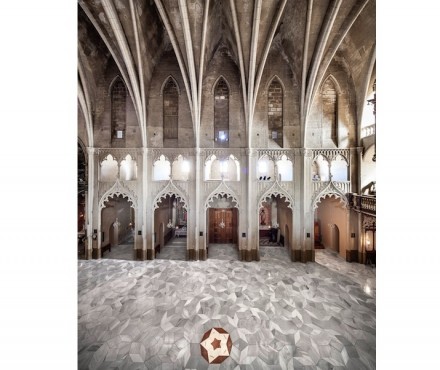 White Macael marble tiles were used in a variety of shades. The different shades of white allowed a pattern in the tiling to become optically enhanced. But before this could be accomplished, a great deal of computer work was needed. In the end there was a place for each tile and each was in its place.

Laying the tiles around the columns was particularly tricky.

The most important support was provided by Mapei Company which supplied a special mortar and competent advice, as expounded by Carmen Sabiote of NQS.

A pity, almost, that the church benches have been put into place thus leaving the Penrose-tiling visible only at the entrance and in front of the altar. 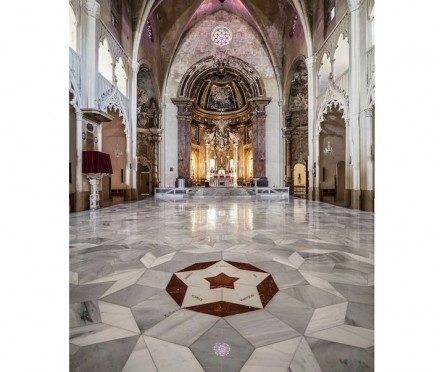 One of the stars is fitted with Rojo Alicante marble. Its five points reflect the building lines.

The church was constructed between 1748 and 1790 and shows elements of „an eclectic style building of gothic vaults together with neoclassical and baroque choir and chapels”, according to Carmen Sabiote. „Its most valuable piece is a built-in organ, constructed in 1810 by the Swiss organ builder John Kyburz.”