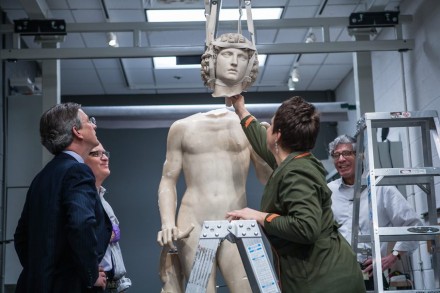 The statics of this marble figure are now well known: most of the weight of half a ton is born by the ankles and the right knee. So this is where now small holes were drilled in the damaged regions and reinforcing pins inserted – nowhere else. 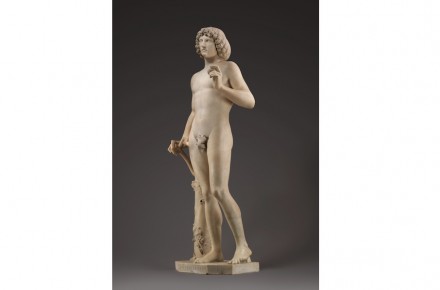 We are talking about Tullio Lombardo’s „Adam“, created around 1490, a priceless work of art and one of the most important works at New York’s Metropolitan Museum of Art. The sculpture fell from its base in 2002. A Museum guard found it shattered into 28 large and countless small pieces some three hours after closing time on the 20th of October that year. The plywood base had buckled under the weight.

After 12 years of restoration work, a step by step account can be seen until July 2015 at the exhibit „Tullio Lombardo’s Adam: A Masterpiece Restored“.

The work included new methods: one of which was to analyze the statue and its material in minute detail. Only on the three most critical spots were pins used to reinforce the joints. Also, the pins were made of fiberglass as opposed to the usual metal ones. 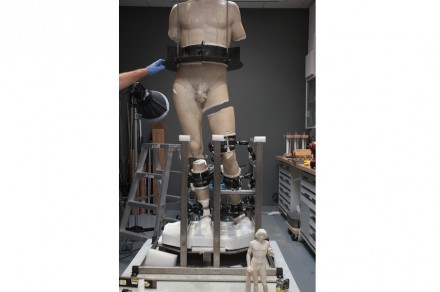 The fragments were fused using an innovative adhesive. For this part of the work, conservators developed a custom made armature to support the figure. 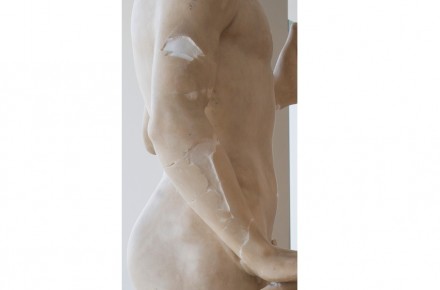 The fact that the head carried only minor damage was a blessing in disguise. The extremities were badly fragmented. 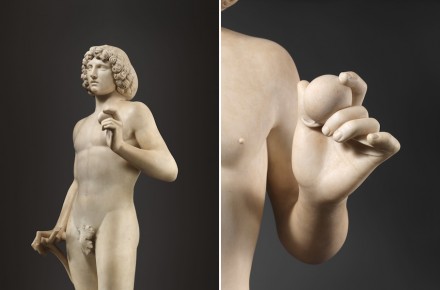 And last but not least, the cracks were sealed and are only visible to insiders.

The project involved not only restoration but also basic research on conservation and restoration of works of art. In an appeal published in the New York Times, experience gained should be made public. The work has meanwhile been documented in the Journal of the Museum (Vol. 49, 2014) in detail, among other publications. A video of the Museum’s web page explains the work in lay terms.

To the statue and the artist himself: Tullio Lombardo (1455-1532 approx.) originated from a famous family of Renaissance sculptors and architects in Northern Italy. He created his Adam for the tomb of Andrea Vendramin, Doge of Venice. It was a milestone nude figure long after Classical Antiquity but in the same style and held in awe by no lesser than Michelangelo and Canova who followed later.

Art history reveals that Adam, though created after the image of God and carved as a copy of the Classical Antique show-of-strength, what with the apple of the Garden of Eden in hand was nevertheless depicted in an insecure pose holding tight to a twig. Leaning on the tree of knowledge, he appears not only physically but also symbolically somewhat unstable. Knowledge, after all, always goes hand in hand with doubt.

Ancient philosophers boiled it down to one fitting phrase: I know that I know nothing. Or to quote modern day German philosopher Andreas Tenzer: „Science is the current state of proven fallacy”…

… which takes us back to complex statics now well examined.

Photos: The Metropolitan Museum of Art 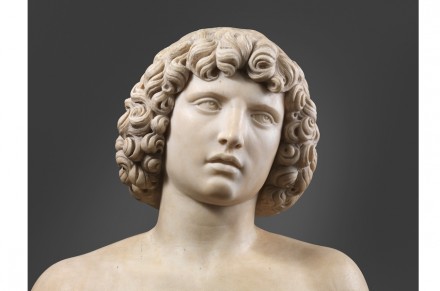