Modern ideas for the principle of the stone arch 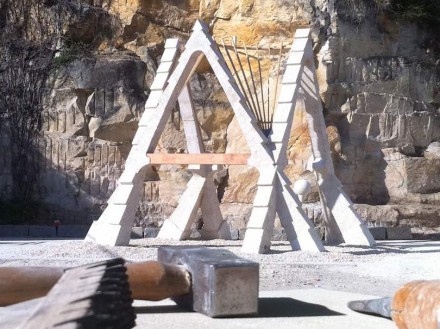 Stone arches were the only way to build stable bridges or viaducts for many centuries. Guiseppe Fallacara, Professor of Architecture at Bari’s Politecnico, falls back on this age-old technique with the added value of steel rope reinforcement and modern static.

„Stereotomy“ is the technical term for this type of construction.
Fallacara’s latest creation is all about „Reinforced Crossed Arches“ (RCA). Introduced at the 2014 Marmomacc in Hall 1 along with other innovations, the project’s forerunner was „Gavits“ dating back to Armenia, 10th century a.D. These were atria as e.g. in the Haghpat-Monastery, in which crossed arches were used. 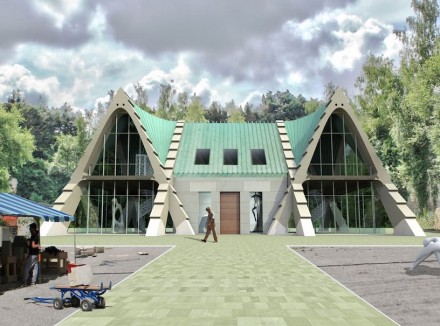 He merely builds on the principle used by the ancient masters with the added value of today’s technical possibilities, as Fallacara never tires to emphasize. 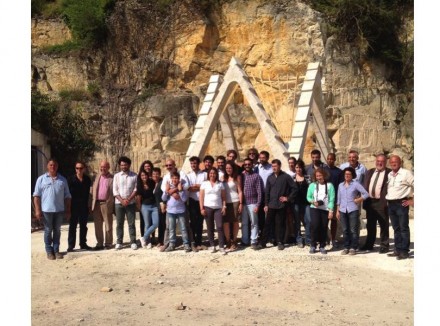 In cooperation with Picardie’s stonemasonry school, Atelier de la Pierre d’Angle, Fallacara held a workshop in the summer of 2014, in which students of architecture erected a 4 m high prototype. They came from Italy, Algeria, Germany and Spain. Stonemasonry work was left to young French masons. The workshop’s title was „Stéréotomie, les pratiques anciennes et nouvelles“ (practical works in stereotomy old and new).

The construction is easy to explain. The classical arch is, in fact not an arch at all but rather a convex triangle merely for reasons of rationalizing material, as the it is made of solid stone.

The elements have a grooved surface to ensure a better fit facilitate mobility within the construction (see photos below). 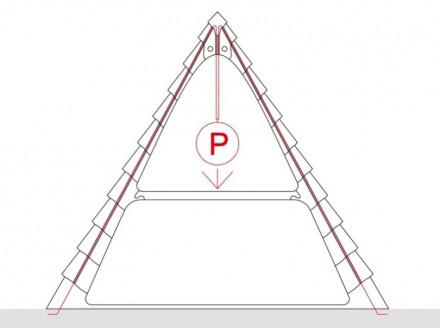 Within the stone triangle 2 steel cables begin at the base, go through the cope stone and run back down to the base, outside the stone. They end in the floor of the 2nd story where they are firmly anchored.

The mass of the floor guarantees even tension of the ropes. 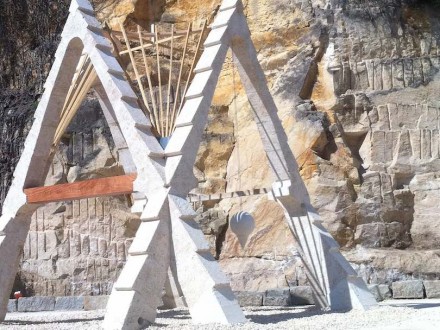 The prototype, however, has no floor as can be seen on our photo. A massif stone ball serves as a counterweight. 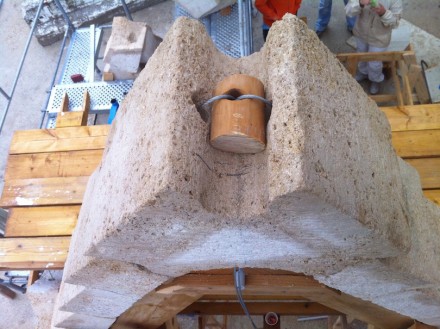 The rope-guide in the cop-stone was improvised as well. Where two holes can usually be expected to act as a rope-guide from outside, renderings allude to the apertures. 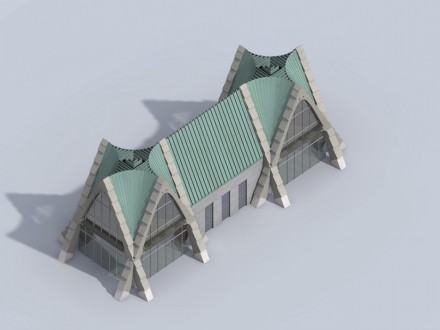 The concept is discussed in detail in Italian and English in „Stereotomic Design“ (Giuseppe Fallacara, Vincenzo Minenna). Free down-load. 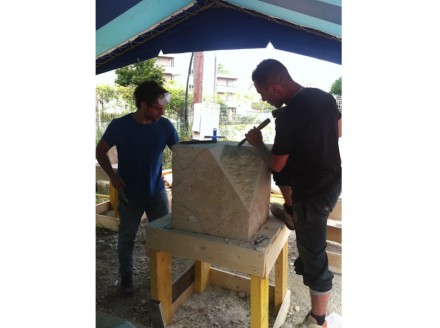 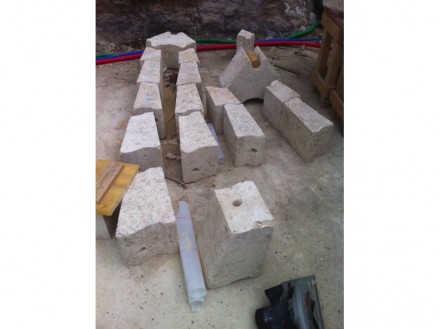 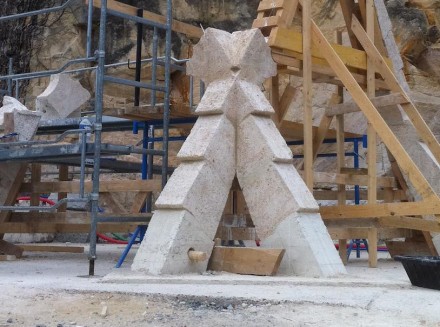 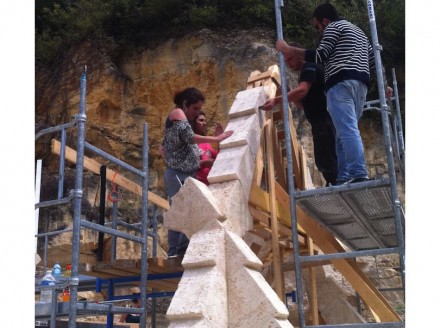 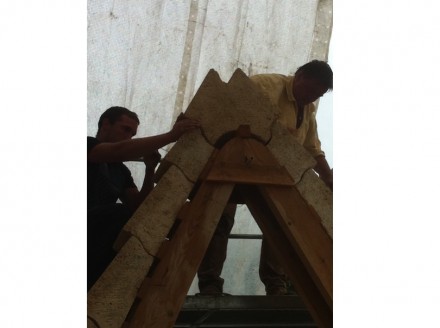 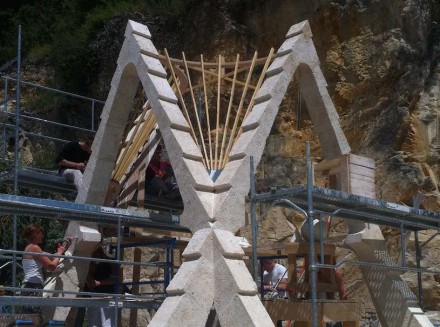 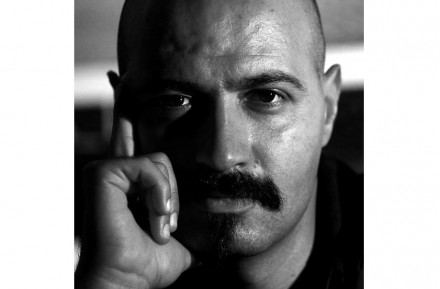