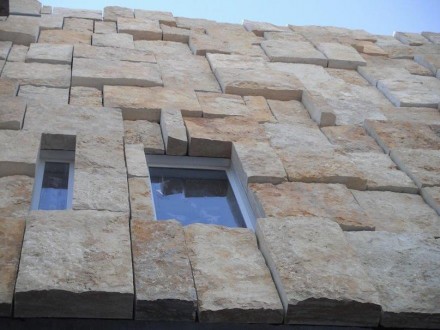 A sharp contrast between interior and exterior defines this building in the Education City Qatar: the façade shows stone blocks, in which one can see the desert landscape of the Gulf States; inside, however, numerous references to the digital world are prominent. We are talking of the College of Media and Communication, part or the area at the rim of the capital Doha where schools, universities and science centers have come together to form a veritable educational landscape. 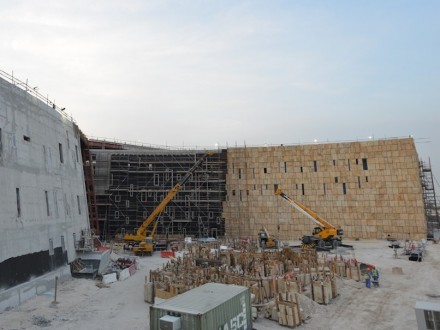 Six American universities as well as one British and one French university have branch campuses at Education City. Qatar aims to address students from around the world as well as to qualify its own offspring for the future. One of the faculties is Communication and is at home in the college with the prominent stone façade. It belongs to the US-American Northwestern University of Chicago.

Doha is the headquarters of the news channel Al Jazeera. 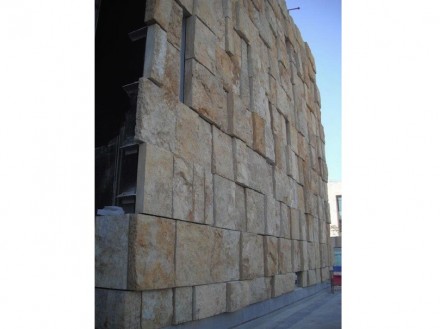 The façade of the building is clad in massive blocks of yellow travertine provided by Haz Marble Company of Turkey. Some 7,500 m² were needed in thicknesses of 10 to 22 cm and weighing some 350 to 1,000 kg each to complete the job.
The raw front, what with its jut-outs and recessions, gives the building a rugged appearance almost as if one was standing in front of a rock in the middle of the desert. 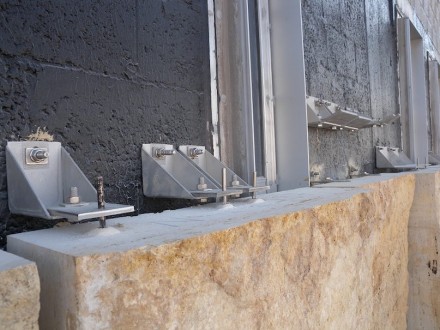 Each piece of the façade has its individual measurements which implies a great logistical effort from production to installation. Every step of the process was in Haz’ hands: the substructure and the fixation of the blocks was conceived by Haz Metal, an affiliate branch dealing in fixtures.

The draft of the College of Media and Communication was the work of US-American studio Antoine Predoc, executive architects were Burns & McDonnell. 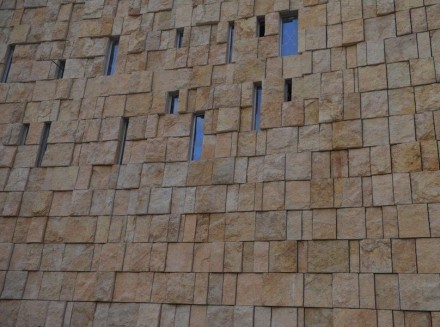 The outer shell is reminiscent of a crescent moon. The inside is chock full of pixel patterns as a play of light and shade. „The spatial progression in the building encourages dialogue, visual eaves-dropping, and creates forums for debate, collaboration and mentorship“, writes Antoine Predock.