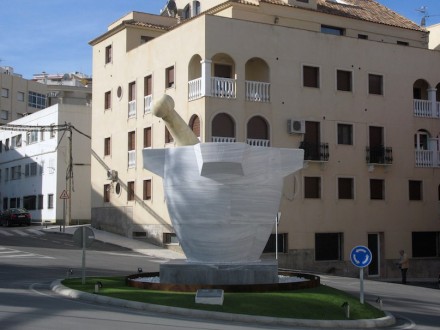 Ancient mythology tells of the Titan Atlas, who dwelled on the Mediterranean coast near the Rock of Gibraltar and carried the terrestrial globe on his shoulders.

But so far, no-one ever discovered where the Giant spends his time when he is off work or on vacation. 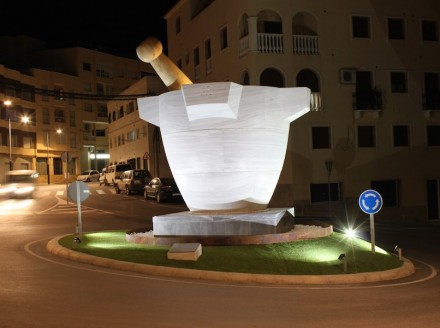 But now the Iberian peninsula has divulged evidence: It is, in fact, a giant mortar and pestle made of marble and it is situated in the Spanish Province Almería, or, more precisely: at the crossing Avenida Andalucia and Avenida de Ronda in the city of Macael.

The piece has gargantuan dimensions fitting of Atlas: it is some 5 m high and weighs in at 50 t. It has a base receptacle measuring between 5.4 m (top) and 3.3 m (bottom) diameter.

The local press profanely commented the sudden appearance of the kitchen apparel: it is a master minded tourist attraction. There is word that the city hoped to achieve an entry in the Guiness Book of Records with its pestle. The marketing coup is said to have been planned in cooperation with the local marble industry. 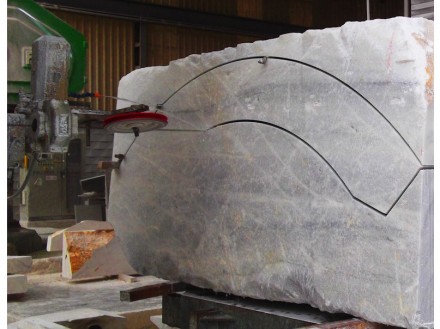 The piece was realized in white Blanco Macael marble and the yellowish Amarillo Macael. The stone, some 100 m³ of it, was provided by Cosentino and Cut Pimar Companies. Arriaga Stone was entrusted with the sculpting and stonemasonry. Grúas Valeriano was responsible for transportation and mounting the 5 elements. Even the consistory contributed funding.

And Atlas? Well, no one has seen hide nor hair of him.

Perhaps it was he, who jolted the crane making one of the pieces crash down on the flat-bed trailer. 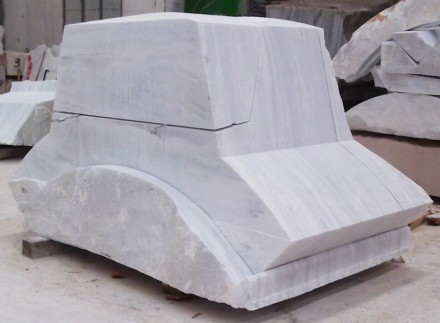 But maybe he is out of the country, perhaps on the other side of the Atlantic in La Salina in Puerto Rico where the previous Guiness Record for mortar and pestle was held to date: a piece merely one third the size and made of wood.

Atlas, an Iberian of good breeding, would have remained polite and simply smiled proudly. 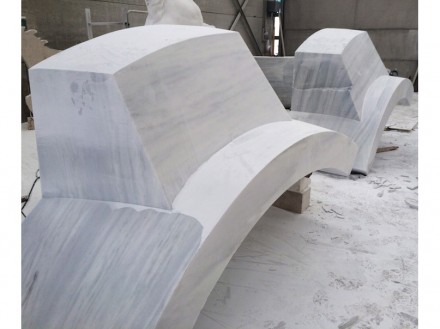 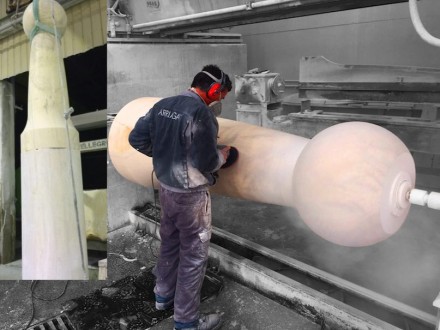 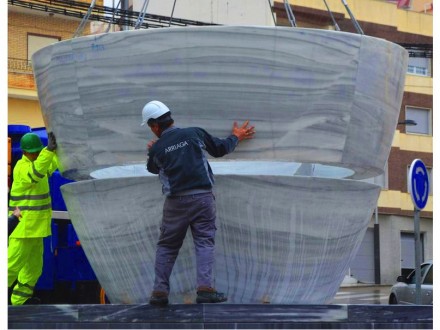 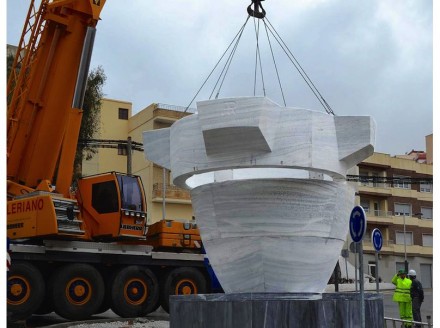