A look on Ceres with unprecedented details like the tall, conical mountain and crater formation features 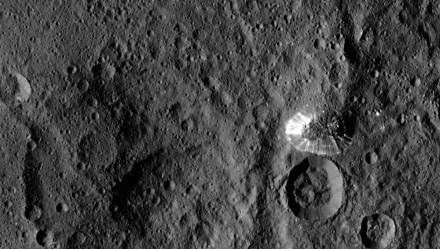 „Dawn is performing flawlessly in this new orbit as it conducts its ambitious exploration. The spacecraft’s view is now three times as sharp as in its previous mapping orbit, revealing exciting new details of this intriguing dwarf planet,“ said Marc Rayman, Dawn’s chief engineer and mission director, based at NASA’s Jet Propulsion Laboratory, Pasadena, California.

Ceres is a dwarf planet in the asteroid belt between Mars and Jupiter. It has a diameter of approximately 945 kilometers (587 miles) (Earth: 12,700 kilometers, Moon: 3476 kilometers) and it is named after the Roman goddess of agriculture. Dawn spacecraft was launched in 2007, reached asteroid Vesta in 2011 and is now orbiting Ceres. 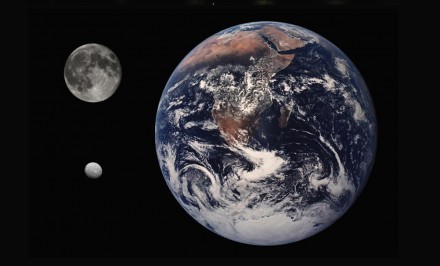 At its current orbital altitude of 915 miles (1,470 kilometers), Dawn takes 11 days to capture and return images of Ceres’ whole surface. Each 11-day cycle consists of 14 orbits. Over the next two months, the spacecraft will map the entirety of Ceres six times.

The spacecraft is using its framing camera to extensively map the surface, enabling 3-D modeling. Every image from this orbit has a resolution of 450 feet (140 meters) per pixel, and covers less than 1 percent of the surface of Ceres. 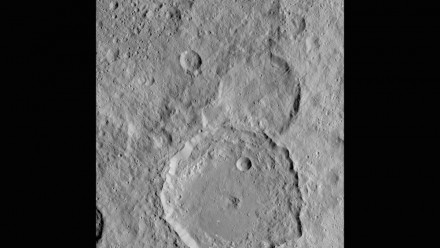 At the same time, Dawn’s visible and infrared mapping spectrometer is collecting data that will give scientists a better understanding of the minerals found on Ceres’ surface.

Engineers and scientists will also refine their measurements of Ceres’ gravity field, which will help mission planners in designing Dawn’s next orbit — its lowest — as well as the journey to get there. In late October, Dawn will begin spiraling toward this final orbit, which will be at an altitude of 230 miles (375 kilometers). 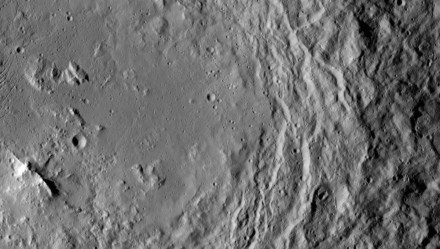 Dawn is the first mission to visit a dwarf planet, and the first to orbit two distinct solar system targets. It orbited protoplanet Vesta for 14 months in 2011 and 2012, and arrived at Ceres on March 6, 2015.