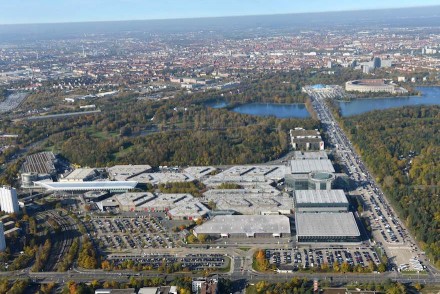 As the result of a joint decision by the fair’s honorary sponsors, BIV (Association of German Stonemasons) and DNV (German Natural Stone Association), the advisory board of Stone+tec and the organizer, NürnbergMesse GmbH, the next Stone+tec Trade Fair will take place in 2018 (not in 2017, as originally planed, when will be held the Bau architectural fair in Munich). In response to the express preference of many exhibitors, visitors and professional associations, the trade Nuremberg fair, which takes place every two years, will be held in even years in future.

„We have been able to offer a timeframe for Stone+tec that the industry wanted, and one that is ideal for most visitors and exhibitors. At the same time, it’s also a bold move,” states Petra Wolf, member of the NürnbergMesse GmbH management team.

„The next time the fair is held, it won’t coincide with a holiday, an extra day off between a holiday and a weekend, or school holidays,” adds Reiner Krug, Managing Director of the German Natural Stone Association DNV. „That means we can appeal much more to exhibitors and visitors from the construction industry, such as architects, planners and representatives from the authorities, and sell them on the performance of Germany’s natural stone industry.”

Sybille Trawinski, General Manager of the Association of German Stonemasons BIV, picks up the theme: „The construction industry is precisely where stonemasons need new stimuli to remain viable for the longer term. For them, the fair is the central marketplace for innovative ideas and products, and the place they go to see the latest developments, make comparisons and do good business.”

Stone+tec 2018 will be held in halls 9, 10, 11 and 12 at the Nuremberg exhibition venue, with a new and generous hall layout. The focal points of this international event will continue to be natural stone, stone processing and gravestones. At the same time, Stone+tec will offer more inspiration for the areas of design, construction and interior construction, and will also look at related materials such as engineered stone and large ceramics.

The plan is to provide a central presentation area for 2018 where a program of practical talks, discussions and presentations can be provided on each day of the fair. Registrations for exhibitors at Stone+tec 2018 will open in September 2016.

Stone+tec, the international trade fair for natural stone and stone-processing technology, is organized by NürnbergMesse. Its honorary sponsors are the DNV (Deutscher Naturwerkstein-Verband, German Natural Stone Association) and BIV (Bundesverband Deutscher Steinmetze, Association of German Stonemasons), with international support provided by Confindustria Marmomacchine, the Italian Association for Natural Stone Working Machinery and Equipment. With more than 15,000 trade visitors in 2015, Stone+tec is the most important gathering for the German-speaking natural stone industry.