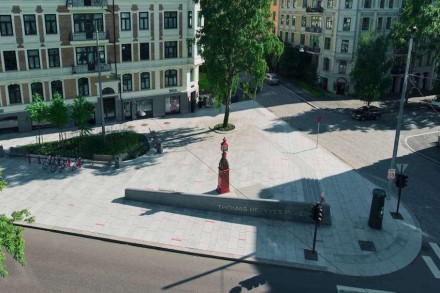 Thomas Heftyes Plass, devoid of its former asphalt covering, now invites passers-by to stay for a while

Sometimes it’s the small nooks of a big city that makes all the difference. One such case in point is Oslo’s Thomas Heftyes Plass (Thomas Heftyes Plaza) formerly defined by asphalt cover, kiosk and taxi-stand. Hardly anyone wanted to linger there – at best, passers-by would cross the plaza on their way to where-ever they had to go. 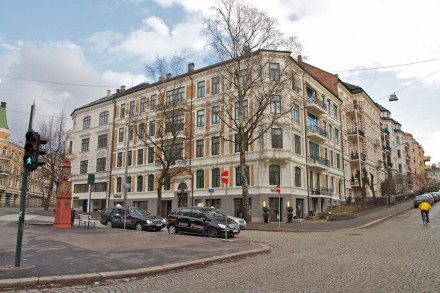 An unsightly spot was recently transformed to an attractive area using simple means: after the kiosk was torn down, the paving was given a granite covering, benches were installed and trees were planted. A few steps level the surface. 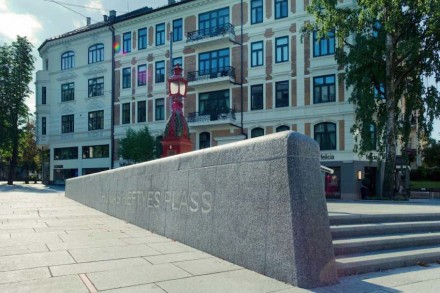 A low wall separates the place from traffic.

The changes may seem unspectacular but they work. When the sun comes out, the neighbors gather on the benches or merely linger for a moment before disappearing in their homes. 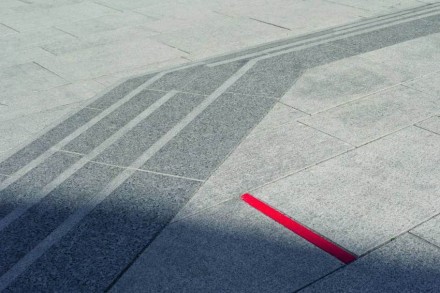 A special idea: the stripes on the pavement carry the name of the plaza, founder and father of the Norwegian Trekking Association and the person responsible for the wide-spread use of red signalization on trails. 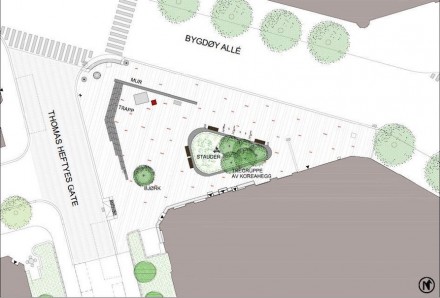 Design of the plaza was the work of Grindaker Landskapsarkitekter. Granite originated from China and was supplied by Jogra Company.