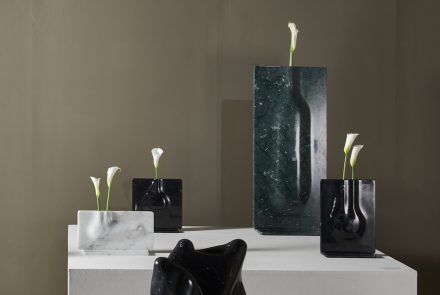 Haute-Couture of natural stone was presented at the Salone del Mobile (April 12th to 17th 2016) by no lesser than Citco Company. As in the textile branch, it was all about creating spectacular pieces, not the prêt-à-porter.

In the past Citco hat worked closely with the recently deceased architect Zaha Hadid. This year the circle of partners was extended to include a number of star architects. According to a press release, the common theme was „stripping marble of its material weight and making it seem light, versatile, easy to shape“. 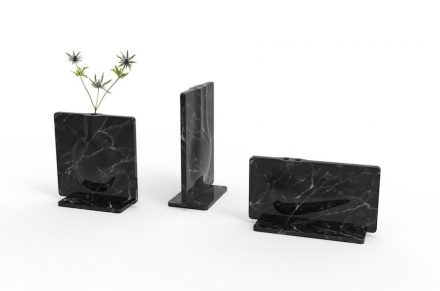 Arik Levy created vases (title: „Organvase“), a puristic receptacle for a solitary plant which underscores the beauty of nature. 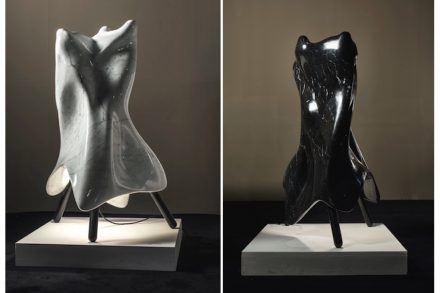 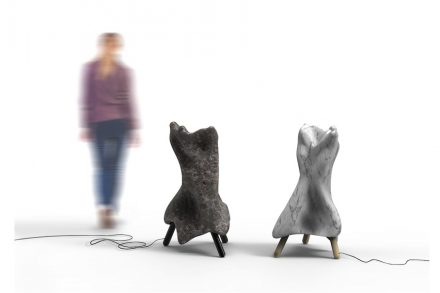 „Splash“ is the name of a floor lamp in Carrara Marble and black Nero Marquina accentuated by a brass base. With a little imagination one can see the waves breaking on the beach or molten rock. 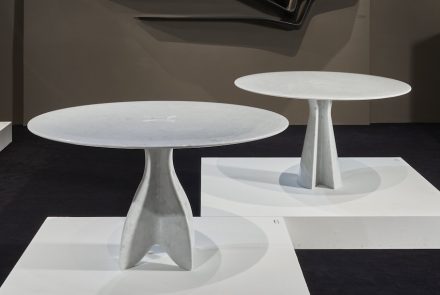 „Hadriana“ und „Hadrian“ is the name Norman Foster gave his tables. They come with a variety of table-leg options. 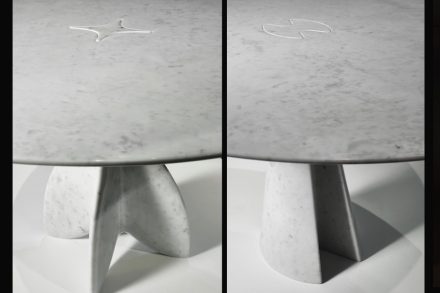 Form was so important to the architect designer that he drafted the table-leg all the way up to the table top. 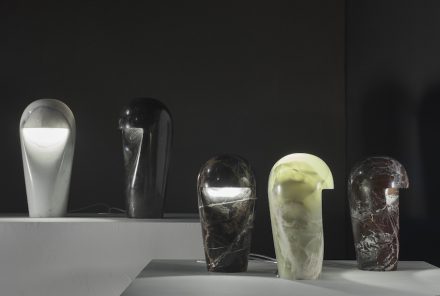 Ferrucio Laviana drafted two lamps and gave them individual shapes in a variety of colors of stone. He called them „Totem“. 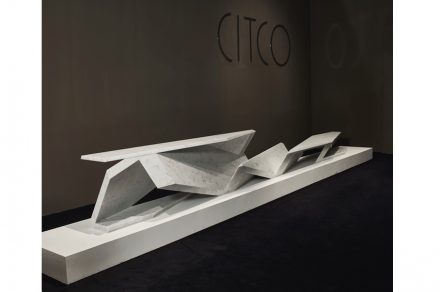 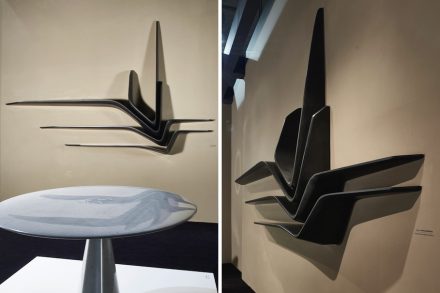 Zaha Hadid’s wall-mounted shelves called „Valle“ depart from the realm of the ordinary. 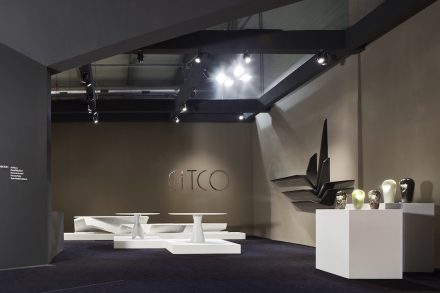