Marmomacc 2016: More about architecture with stone, again innovation and design as focus and 2000 sqm more 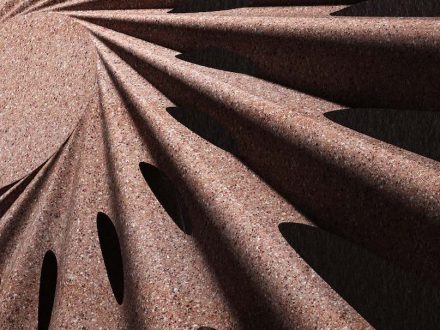 Hall 1 at the Verona fair (September 28 – October 01, 2016) will give a look into the future of stone and also into design history

Architecture shall be a more prominent topic of this year’s Marmomacc, Hall 1 will see several presentations focused on stone innovation and above all the „Made in Italy“ will be promoted. This concept for the 51st issue of the Verona stone fair (September 28 – October 01, 2016) was presented by Maurizio Danese, President of Veronafiere, Giovanni Mantovani, CEO & Director General, Luciano Galimberti, President of ADI (Italian Association of Industrial Designers), designer Raffaello Galiotto, and others.

This year’s slogan of Marmomacc is „Yes With Stone You can“.

Two new events will be focused on architecture. In collaboration with the American magazine Architectural Record will be held the conference „Global Trends in Design and Sustainability”. Archmarathon’s new „Stone Award” will see the casting of the participants of the final selection in 2017.

Like last year, in Hall 1 will be held the „Italian Stone Theatre“. One part is the exhibit „The Power of Stone“ showing new use of marble based on sophisticated processing equipment and appropriate formal elaboration.

Parallel to this experimental treatment of natural stone, the „New Marble Generation” initiative will show everyday products made of stone and combine stone design with mass production.

In contrast to these ideas based on a strong connection to digital technologies, „50 Years of Living Marble” will look back to the „craftsmanship generation”, starting from semi-manual processing in the 1960s.

Like last year, Hall 1 will also serve as „Forum Space” being the venue for the Lectio Magistralis and educational workshops. In one of the corners, again, can be found the „Ristorante d’Autore”, a project by ADI that aims to celebrate Italian cuisine: „a tribute to two of our products of excellence, marble and food,” as said in the Marmomacc press release.

From the works shown in Hall 1, the „Icon Award” will select one to serve as campaign image for the promotion of Marmomacc 2017. 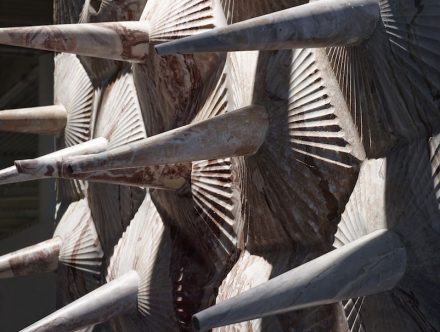 Many activities are financially supported by the Italian Government via its foreign trade agency ICE. Support also comes from Confindustria Marmomacchine. The aim is to strengthen the Made in Italy at the international markets. Part of these activities is a buyers’ program inviting international traders to the fair.

The show area of Marmomacc will be extended to more than 78,000 sqm, thanks to an additional 2,000 sqm in Hall 10. „This investment by Veronafiere has made it possible to respond positively to the waiting list of companies keen to attend the show,” the press release informs.

Latest news: From June 16 – 18, 2016, Veronafiere is promoting Marmomacc and other fairs at the International Economic Forum, St. Petersburg, where Italy is the guest of honor for the first time in twenty editions. This event, not to be confused with the World Economic forum, has a special emphasis on the Russian Federation and the countries of the Eurasian Economic Union (EEU), currently comprising not only Russia but also Kazakhstan (which will host the „intermediate” Expo in 2017), Belarus, Armenia and Kyrgyzstan.