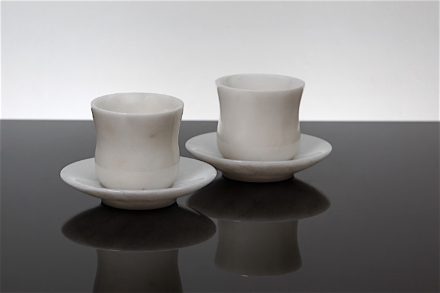 The concept is clearly defined: design objects are meant to be pleasing to the eye and decorative. Their functionality, nevertheless is of utmost importance. Form follows function is the first rule of product design and is stringently adhered to.

To top it off: the objects are not-longer produced and sold as single pieces.

Industrial design is the technical term. Izmir’s Marble Trade Fair is where we noticed the turn-around in the Turkish stone scene. Stone Studio is a subsidiary of Alimoglu Marble, one of the major producers of stone and value-added stone products of the country. 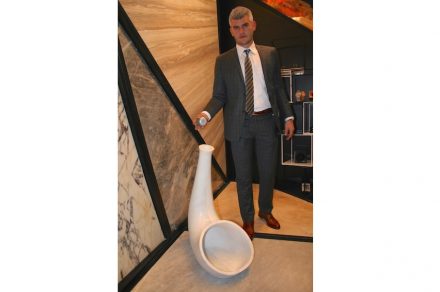 One of Stone Studio’s products is a marble megaphone able to amplify sound emanating from a palm-sized sound-source. The picture shows Burak Alimoglu demonstrating the function.

Burak Alimoglu is Stone Studio’s CEO. He joined the family company in 2010 bringing with him not only a diploma in business administration but also a number of highly creative experiences from his time at University where he successfully built a number of working models for architects and designers. 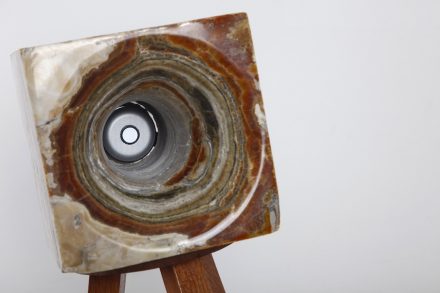 But perhaps „the gift of creative design is in the genes“, he jovially says as his mother is a Tezhib-artist, i.e. text illustrator. 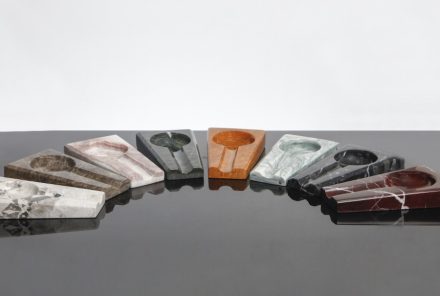 Burak Alimoglu also spent the summer vacations in the company since the age of four. Design in natural stone for interior décor has been an issue for a number of years. The enterprise has been producing stone slabs for side tables and fire-places since the 1980’s.

Burak Alimoglu places his hope in young talent: „The young generation has a clear concept, thinks three dimensionally and is able to master the use of tools needed to keep up with new developments.“ He is certain that young people are capable of designing „contemporary products“; he wants to enable them, „to put their talents to gainful use“.

Stone Studio has been distributing its products online in Turkey for one year now as well as via representatives world-wide. „The goal is to be present in over 20 countries by the end of 2017“. 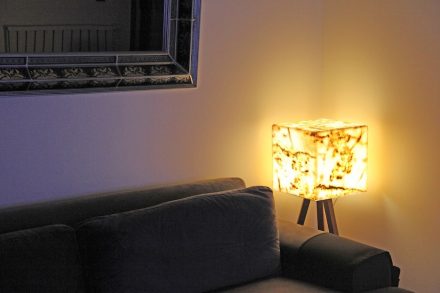 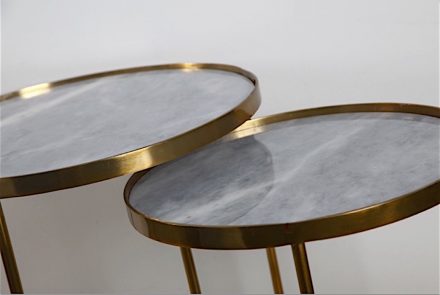 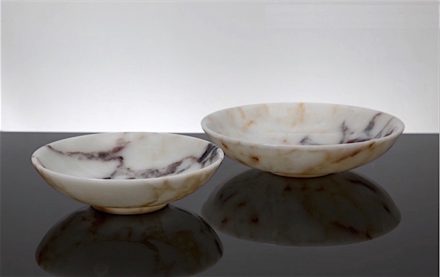 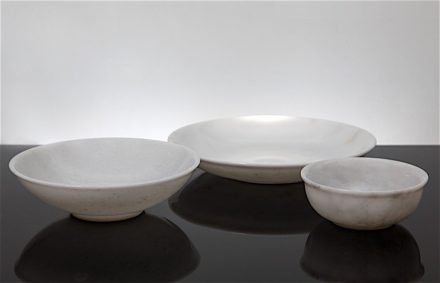 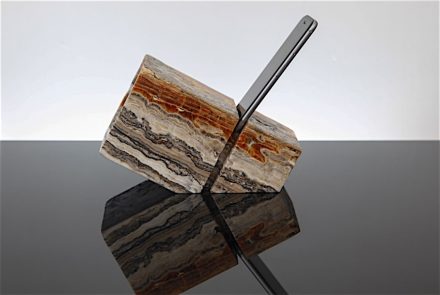