Innovative design ideas in natural stone for indoors and out 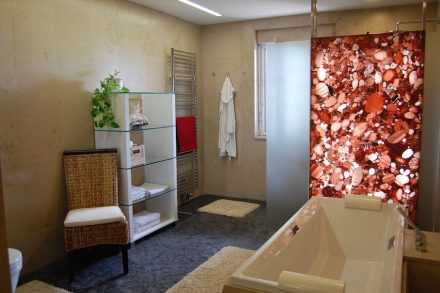 The Austrian Stonemasons’ Design Prize is awarded annually for innovative design ideas in natural stone and for high-quality workmanship. The award-winner takes home a title, with which his company can boast itself and advertise for an entire year. The jury’s choice is made at the end of a fiscal year. We proudly present the winners of the 2015 award. 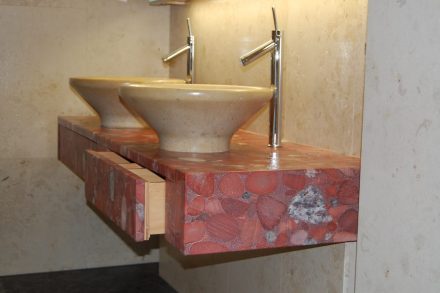 „Emotions“ by stonemason Roman Toth: a once tiny bathroom was generously enlarged. The eye-catchers are a natural-stone room divider, which incorporates a light dimmer in translucent stone, limestone slabs as wall cladding and brushed Matrix Gneiss as flooring as well as the stone conglomerate under the sink which repeats the optics of the room divider. 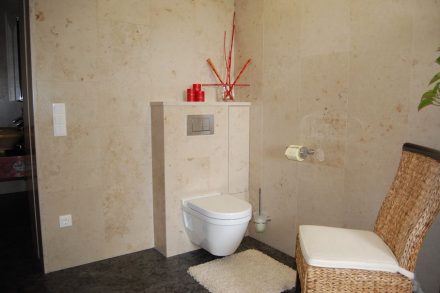 „Narrow bath in timeless style“ by stonemason Josef Kaindlbauer: a bathroom was incorporated in a long narrow hallway of an Art-Nouveau villa. The pink Persia limestone runs in across the room making it appear wider. 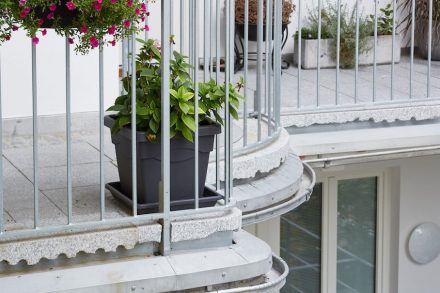 „Urban and rural living in Vienna“: natural stone runs over the floor, the counters and the walls like a recurrent theme. Note the distinguishing detail on the balcony’s edge where the rough side of the raw blocks is left purposely visible. 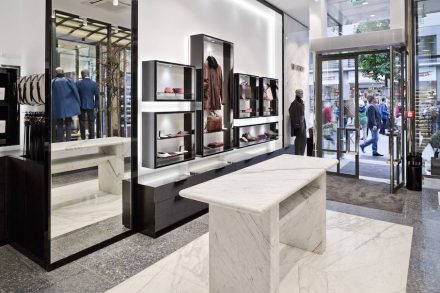 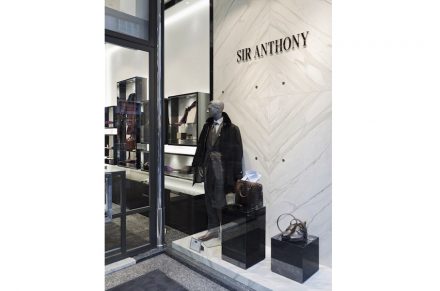 „Sir Anthony – a Vienna haberdasher“: natural stone is a common theme on flooring, sales counters and on the walls of this exclusive shop. 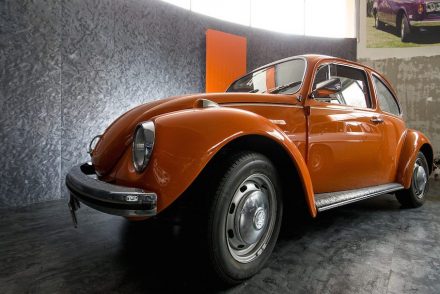 „Wall cladding in a private garage for antique automobiles“ by stonemason Michael Egger. An automobile aficionado wanted to show his prized automobiles in a noble ambiance and chose brushed Matrix Gneiss. Each car has a color coordinated radiator on the wall. 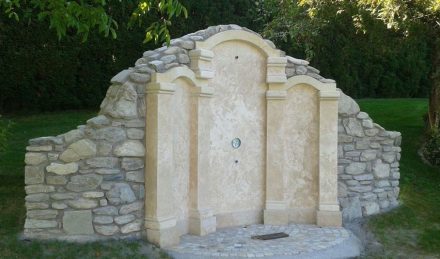 „A touch of garden luxury – an outdoor shower of a different kind“ stonemason Laurentiu Dascalu was solicited to install a shower in a park-like garden. The wall design picks up on other natural stone objects in the garden and simultaneously cordons off distinct areas. 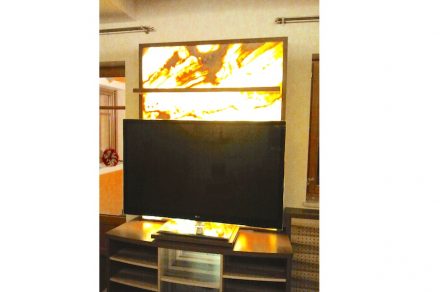