Chelsea Flower Show: a garden in a stone rather than a stone in a garden 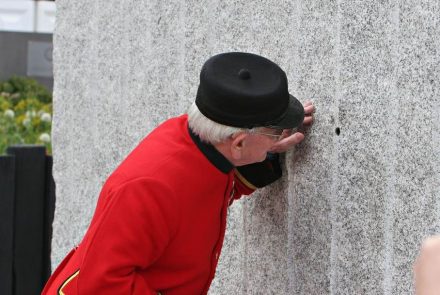 The most important garden show in all of England was the venue for an artist’s experiment: using a granite block beholders experienced greenery in an entirely new way

Granite blocks are quite popular in hardscaping and garden landscaping, e.g. for benches. But this year’s London-based Chelsea Flower Show set the relation topsy-turvy: a giant 2,6 m-long stone block was set in the middle of a granite gravel plot by artists Martin Cook and Gary Breeze.

But where was the garden?

In fact, it was to be seen in the middle of the stone. Through the peepholes visitors could see landscape artist, Chris Holland’s garden arrangement. There were but a few openings, so the garden was not easy to find. 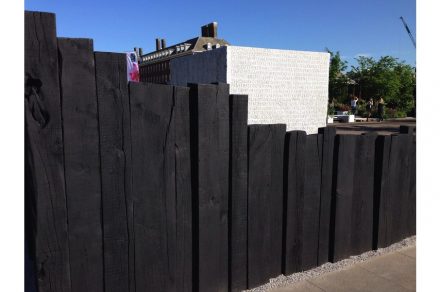 Visitors who took the lengthy wait upon themselves tell of an unusual experience: the walls posed an insurmountable separation between the green interior and the outside block and raised the beauty of the floral content to an unexpected level.

The installation entitled Antithesis of Sarcophagi won the gold medal in the category Best Fresh Gardens, in which unusual design ideas competed. 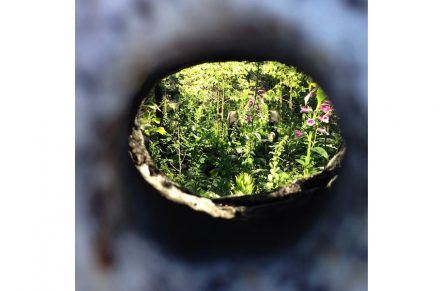 Another distinguishing factor of the block is that it is not comprised of the usual crust slabs. In fact it is a hollowed 44t massive piece whose walls were 20 cm thick. After the hollowing-out process was completed, the block still weighed 15 t. The block originated from a Portuguese quarry.

The block is open at the top as a natural skylight. Landscape architect Chris Holland climbed up and down the ladder for a total of several hours while planting and arranging the interior garden. 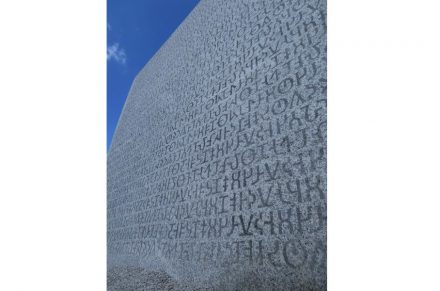 The exterior bears on one side strange hieroglyphics which imaginably could originate from an unknown civilization.

The installation was sponsored by The Marble & Granite who had already taken one of the main prizes in 2013 with the work of Martin Cook and Chris Holland entitled „The Mindfulness Garden“.

The installation is now up for sale and the initiators hope that the work of art will remain intact and be maintained.

The Chelsea Flower Show is the most famous of the 11 events of the Royal Horticultural Society. Natural stone played a major part in this year’s event, i.e. in the unusual Telegraph Garden by Andy Sturgeon and sponsored by the daily press of the same name. This year’s installation was dedicated to the force of geology: with the aid of various materials, among others 80 t of natural stone, he emulated the force of tectonics on landscapes. He was awarded one of the main prizes for his work, namely in the category Best in Show. 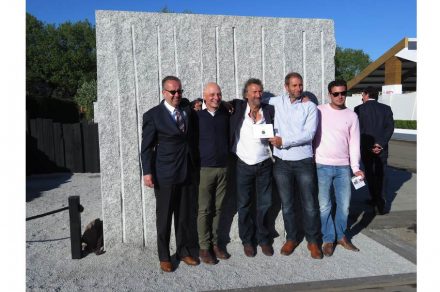