The Palestinian city of Toulkarem to receive new courthouse 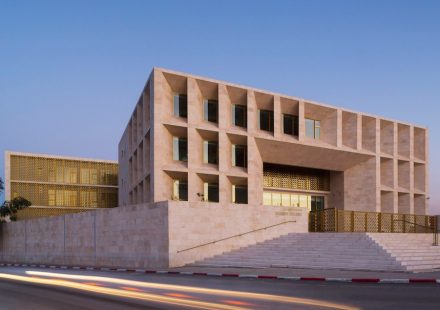 Opposed architectural ambiances are a distinguishing factor of the new Toulkarem City Courthouse in Palestine: The entrance building forms a block and has a massif air about owing in part to the powerful limestone outer stone envelope. The building segment behind it is, in contrast, light and transparent with an almost lacey, filigree steel façade. The two segments are connected by means of a glass enclosed court-yard.

The architects responsible are the brothers Elias and Yousef Anastas. Their offices, based in Paris and Bethlehem were awarded the „Europe 40 under 40 Award“ in 2014 reserved for promising young European architects and designers. 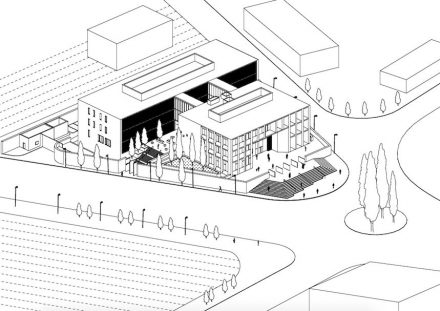 The goal of the brothers is to support a national identity. For this reason and because limestone offers such excellent insulation properties, the brother are constantly present when local limestone is at issue.

The Toulkarem Courthouse catering to a city of some 50,000 and situated between Nentanya in Israel and Nablus on the West Bank was clad in limestone originating from the Hebron area.

The stone slabs measuring some 80 cm in height with a thickness of 7 cm were submitted to permanent formwork known from concrete construction. Ventilated façades are not very popular in Palestine, according to Yousef Anastas’ mail, the reason being pure lack of experience in the local building branch. 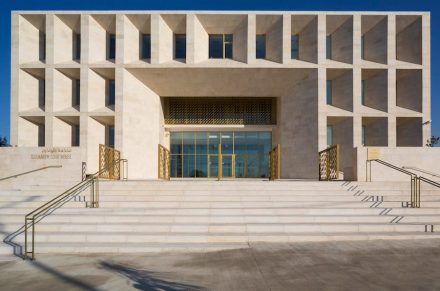 The entrance building accommodates administration and registries and is accessible to the public. The window shafts run diagonally forming lamellae for maximum sun-protection while allowing daylight to penetrate the building.
The construction also allows for a spectacular panorama view of the surrounding landscape. 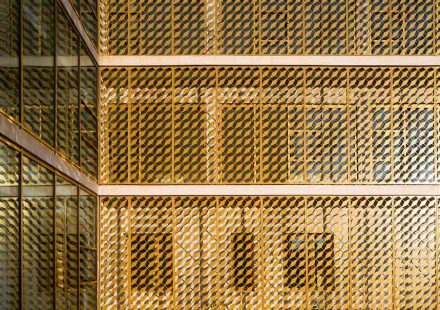 In the rear section of the complex steel decorative grids protect the offices from excessive sunlight inspired by the omnipresent Mashrabiya or Shanasheel, a type of projecting oriel window, of Muslim origin present all around the Mediterranean.

The steel lattice work is an eye-catcher and makes a first appearance on the forecourt: the two-dimensional lattice design is repeated here in three dimensional shapes.

The lattice work is powder coated steel in a bronze tone similar to the color of the limestone. 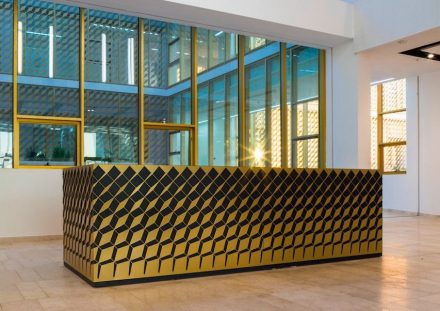 In a number of instances the grid motif is varied and playfully modified. 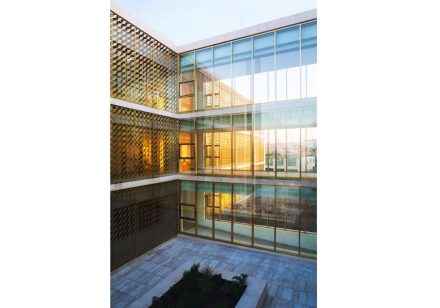 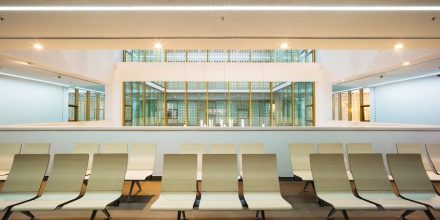 The interior of the building reveals another contrast: the walls here are light and lend a carefree, open atmosphere to the waiting rooms with a view to the inner court. 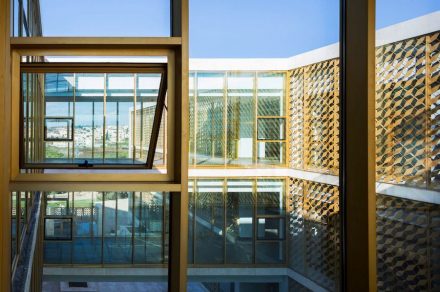 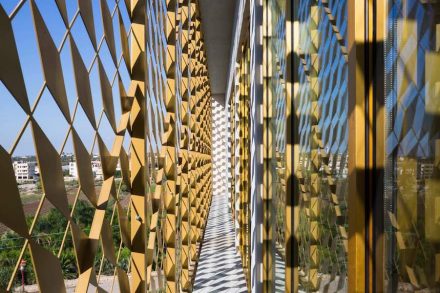 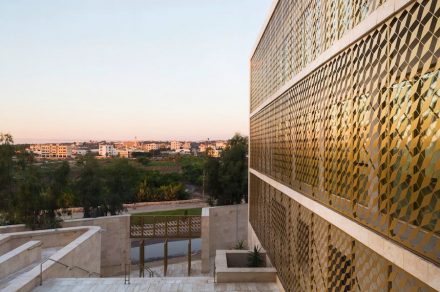 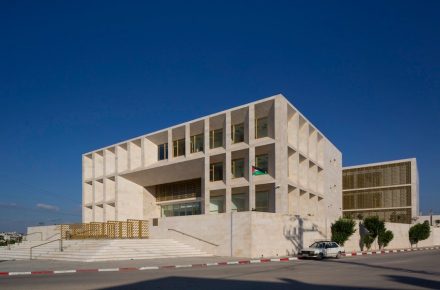