European Centre for Geological Education based in Poland: stone far and wide 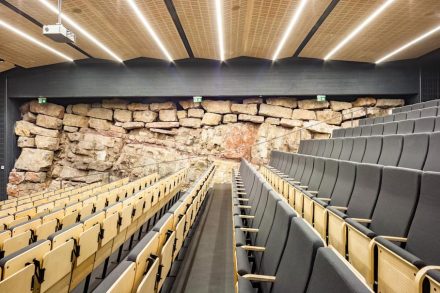 WXCA Architects have clad the exterior of the building, which stands in defunct quarry, in stone

This building is all about stone, what else? After all it is the European Centre for Geological Education (ECEG) of the University of Warsaw. WXCA-Architects, based in Warsaw, dug the auditorium into the rock, left one of the walls raw and, to make the nature of the quarry obvious, stacked a few raw blocks one upon the other.

The thread unravels to reveal the façades where walls expose units showing stone of a particular format or size. 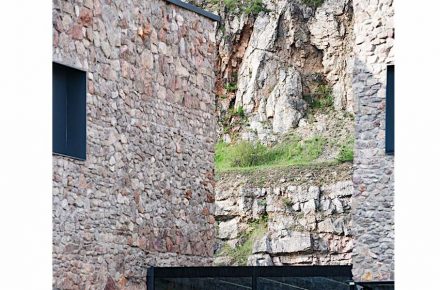 Local craftsmen had the chance to set a mark for the building tradition.

The center’s venue is all about stone as well: It is situated in the Holy-Cross-Mountains. The mountain ridge arises on the Southern edge of Poland near the city of Kielce and counts among the oldest mountain formations in Europe. Some 560 million years is the estimated age. The area formerly constituted the southern ridge of the Laurasian Supercontinent – a marine tidal flat or lagoon – before it split apart and mountains folded several times over the land mass.

Strata of today’s Świętokrzyskie Mountains bear witness to the ages, exposing evidence of many periods spread over millions of years within but a few meters.
And: the center is situated in a former quarry. A 30m-high limestone wall juts up the side of the complex. 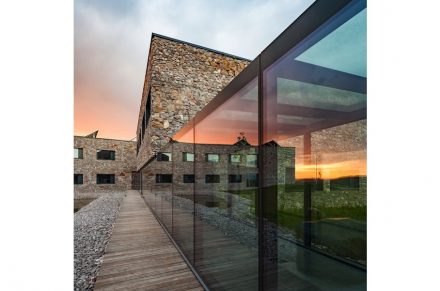 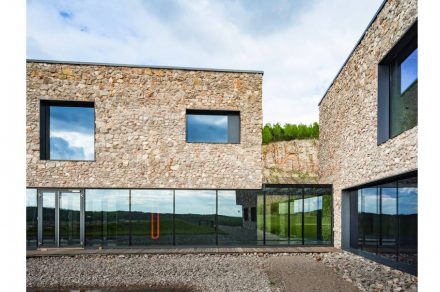 The goings-on in a quarry inspired the architects in their choice of shape of the buildings: they are a mere conglomeration of boxes reminiscent of raw blocks only just cut out of the rock and strewn about the building site. They are connected by glazed passages. 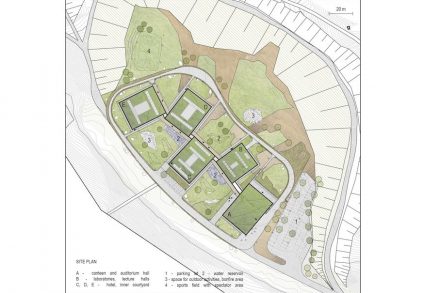 Five symbolic „raw blocks“ each two stories high make up the complex: one serves as reception and administration also housing the 240-seat auditorium, one contains laboratories for geological research and three accommodate staff, students and guests. 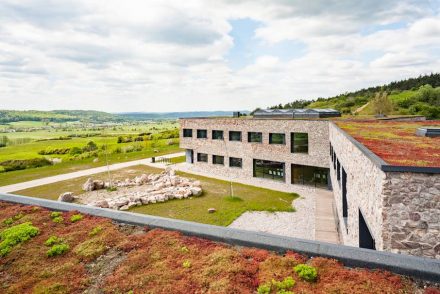 Excavation material from the foundation site was used for paths. The façade was clad in material from an active quarry some 10 km away. The characteristics of the material are, however, the same as local stone has at the center of the former quarry.

Renewable energy sources are prominent: geo and solar heat serve to heat and cool the buildings. Roof planting serves to further insulate the buildings.
The architects were given the International Property Awards 2015 for their work.

A mere 500 m away stand the ruins of the medieval Cheçiny castle housing Teutonic Knights and their Kings for generations.

European Centre for Geological Education (ECEG) of the University of Warsaw 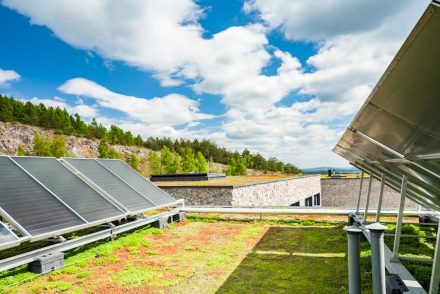 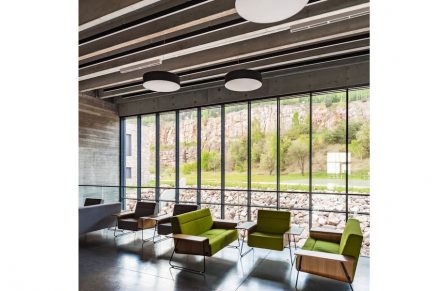 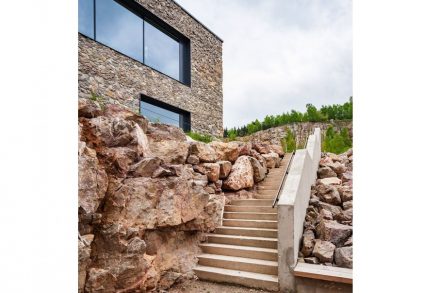 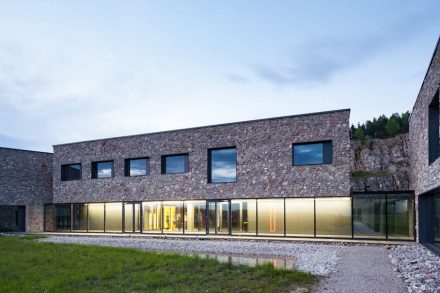