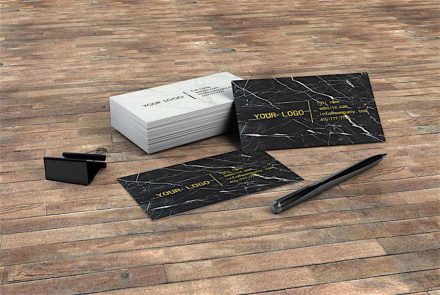 The cards are available in Light Emperador, Nero Marquina and Carrara White. The company also produced business cards in the shape, e.g., of elegant cars or bumpers for iPhones or notebooks with a 0,7mm thin veneer coating.

The 2016 Tucker Design Award Winners have been announced. Sponsored by Building Stone Institute (BSI), the biennial prize honors excellence in design through the use of natural stone in a building or landscape project.

Marble makes a comeback with a new sense of style, the Portland Press Herald reports.

Jean Miró’s only marble and glass mural at Wichita State University’s Edwin A. Ulrich Museum of Art is restored.

Stone Craft is the name of an on-line shop where Polish designer Damian Pilat sells household items in natural stone.

In December the European Union will decide on whether to grant China the Market Economy Status (MES). MES is the deciding factor in imposing anti-dumping customs tariffs. In 2011 such measures were put into place to restrict exports of China’s ceramics industry because export products were being offered at lower prices than in the country of origin.

Small household products in slate by Ardosiaslate Company of England. The company imports natural stone originating from its own quarries in Brazil and China.

„Stonehenge: Making sense of a prehistoric mystery“ (Mike Parker Pearson with Joshua Pollard, Colin Richards, Julian Thomas and Kate Welham) is a recent publication compiling the current research on the builders of the mystical stone circle. The book was published by the Council for British Archaelogy and acclaimed with the Archaeological Awards 2016.

Video of the Month: spray-on granite coatings by Montana Company. Metal-look is also available and much more (1, 2).