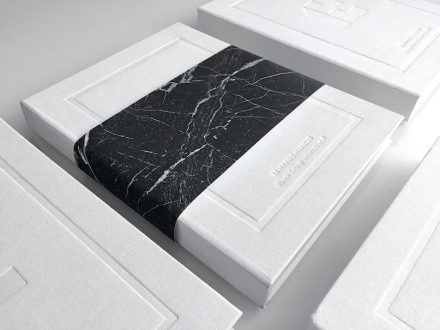 After having won Marmomacc’s Best Communicator Award in 2014, the „12 Mythic Marbles“ presentation from Stone Group International (SGI) has received two more prizes in 2016: the European Design Award (ED-Award) in bronze and one of the Greek EVGE Awards. We remember: the Mythic Marbles’ concept is to combine natural stones with ancient stories from the regions they are quarried.

Two examples for the idea behind the „12 Mythic Marbles“: the collection’s „Draco“ (dragon) marble is quarried in the mountains in the north of Greece. The story goes that the son of the king in that region was befriended with a dragon and was slain by his jealous brothers. The dragon Draco thereupon swore terrible revenge.

Or: „Perseus“ marble reminds the son of Zeus and Danae whose lot it was to deliver the head of Medusa, a task made most difficult as Medusa’s hair was a nest of snakes and anyone looking at her was damned to immediate petrification.

Remarcable is the design where the story’s main actor is shown in the style of ancient Greek vase paintings. 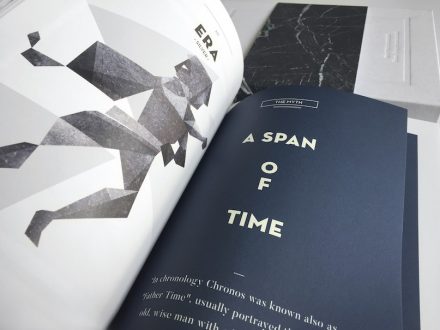 This year, the so called collectors’ edition won the ED-Award: it is a valuable book introducing not only the stones as such and usages but also giving a lot of special articles by distinguished art history professors and architects. 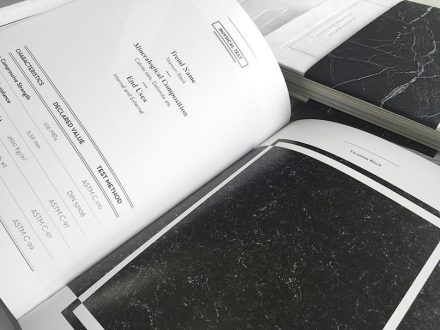 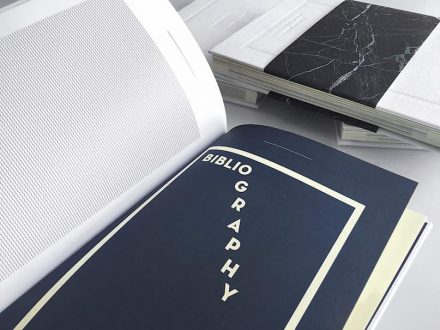 The text on the award’s webpage points out that the book is on one hand „a shopping guide“ but on the other an art piece „designed with a lot of attention“.