„My Crafts“: Chairs which are not meant to be used as seats 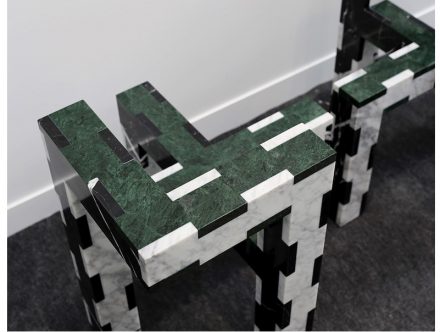 „My Crafts“ ist the title of an exhibit of Didier Fiúza Faustino at the Galerie Michel Rein in Paris until December 17, 2016. The theme is that of uncertain seating and denied commodities. E.g. in the piece named „Delete yourself“ he uses colored marbles in a very special way.

Shown are 10 works made over the last 16 years. It is difficult to call them „chairs” as they mishandle not only the peoples’ bodies but also and foremost the categories established by design theorists and other decorative art specialists.

Faustino has been working for many years on the cusp of art and architecture, between space and sculpture. He constructs for and around the body to present his real subject: society that must be interacted with at all costs.

The artist brings therefore a monumental dimension to intimacy, unveiling it through architectural systems that magnify it and get rid of partitions. (evma) 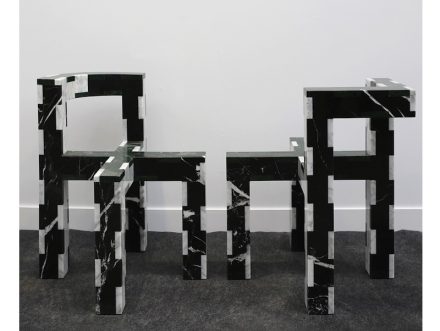 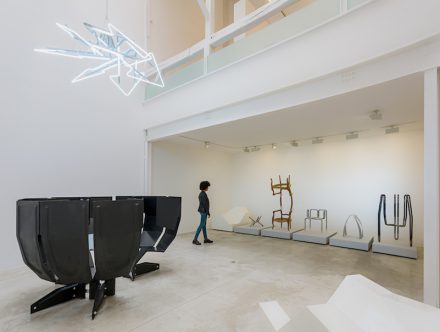 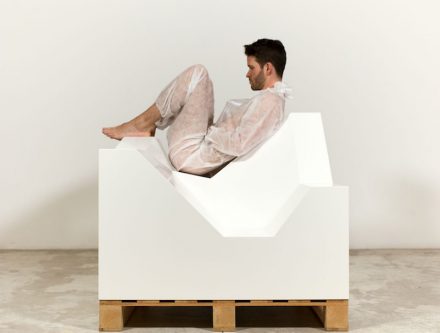 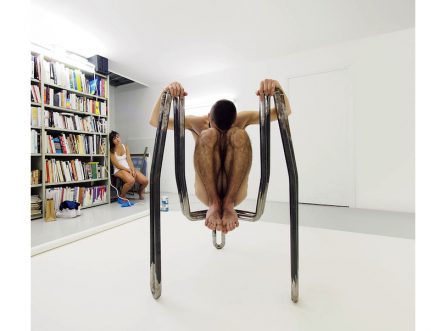 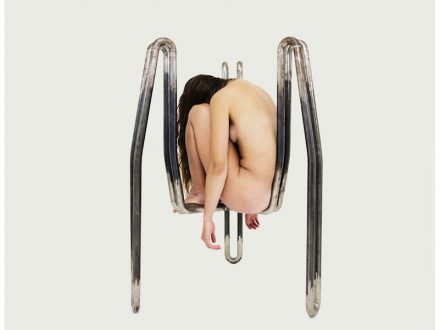