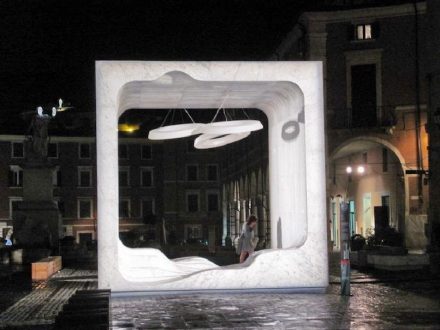 „Quattro volte Marmo“ (marble times four) is the title of a new marketing campaign which IMM Carrara (Internazionale Marmi e Macchine) conceived in cooperation with the Carrara Region: during the course of 2017, four events, each of which will be spread over several days, will praise marble in all its glory – the first is to take place on an international level followed by three local events to which the public is warmly welcomed.

The thought behind the campaign is the loss of interest in the previously leading marble region as most recently demonstrated at Carrara’s Marmotec in 2016.

But the Trade Fair had also clearly indicated that the region will not merely sit idle. The natural stone-cluster, after all, has a number of buried treasures, waiting to be discovered: the entire region, what with its mountains and quarries, is a constant attraction to visitors in the branch, plus the stone producing companies, exemplary for quality craftsmanship as stated in the literature to the campaign.

The first of the „Quattro Volte Marmo“-events will be a presentation within Milan’s Salone del Mobile in April specifically the Fuorisalone outside the actual Fair in the via Tortona. 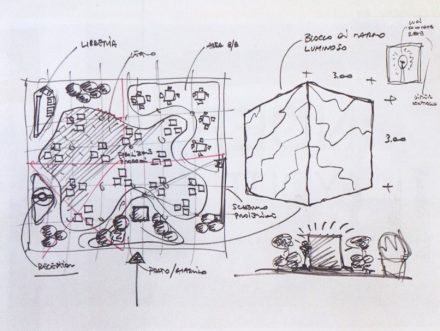 The scene there will be set for the unusual: a 2x3x3 m-block of white Carrara Marble will be set amid a cypress and olive garden. Impressive by its sheer mass, this „Block of the Rock“ hollow within, will be a source of light.

„It will be an attraction for the media and its picture will serve as a backdrop for televised reports and selfies and be distributed around the world“, as the concept is described in the press report.

Two B2B-workshops to be held in June and September in the region will take advantage of the media coverage. The first workshop is all about local stone and the second will revolve around technology for extracting and working the stone.

Intertwined within the time-line of the campaign, the organizers plan a cultural event by the name of „White Pietrasanta Downtown“ throughout the summer in Pietrasanta. It will take place in the capital of marble sculpting in July where studios and ateliers of resident sculptors will open their doors to visitors. A pathway is to lace sites and local attractions together.

A similar program is planned for Carrara under the title of „White Carrara Downtown“ in June, where, in addition, „an architect or designer of international fame“ is scheduled to meet with companies according to the literature.

„Quattro volte Marmo“ will be held in cooperation with the foreign economic commissions. According to a press release, USA, China, Mexico, Argentina and India are prime target countries.

This is all about a „Relaunch or Revival“ of the stone branch in proximity of the Massa and Carrara regions, according to the press. „IMM Carrara will put itself entirely in the services of the region to give the brand a new identity and a new lease on life“, as reported e.g. in the financial magazine Il Sole 24 Ore.

The report signs off with „enough of the conflicts in the stone branch“.