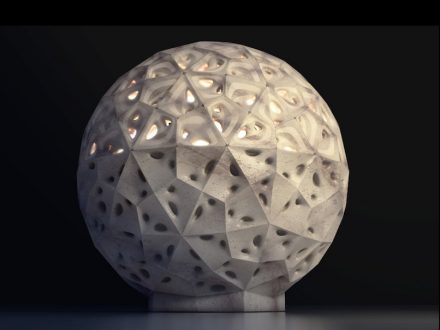 Over the millennia, building with natural stone has followed two basic principles: first megaliths or stone walls were erected; then stones or blocks were set to arches or bridges – the underlying rule was that stone’s properties, i.e. its mass, its compressive strength and its low flexural strength were implemented creatively in construction.

From the mid nineteenth century natural stone became less attractive as it was displaced by products of industrialization like steel, concrete and ensuing cost cuts became available.

From the mid-20th century architecture in stone experienced a rebirth with technology allowing raw blocks to be thinly sliced into slabs and anchored to façades as cladding.

The past decade has seen technological innovation particularly in Italy and France where planners in cooperation with stone producers and producers of sophisticated machinery have been rethinking building methods. Here, again, technological innovation, particularly planning and production with the aid of CAD and CNC robotic-technology, are changing the building landscape.

Another good reason for scientific research in natural stone is its light ecological footprint.

We show a project by the name of „StonePolySphere“. 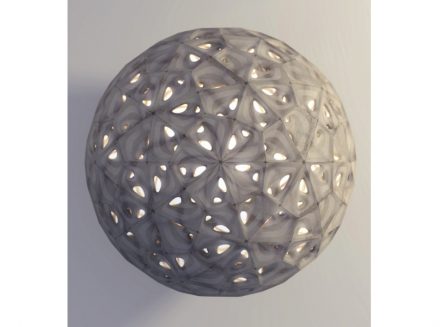 On first glance it seems to represent a lamp whose surface is comprised of stone squares. But the prototype is, in fact, a working model of a vault. One distinguishing factor: the boreholes in the stone’s surface, which allow light to penetrate into the surface below. 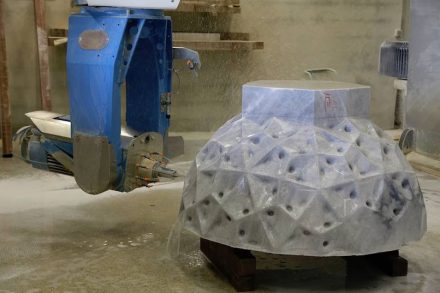 The prototype constructed to present the vault is a complete sphere, the bottom half of which is comprised of a massif stone block and is like the megalith from ancient times. For decorative purposes only it carries the same outer design as the upper hemisphere. 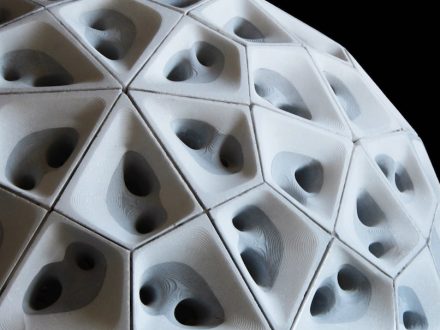 The vault is comprised of some 120 blocks in the shape of kites as children build and fly on windy days.

The upper hemisphere has a hole needed for construction as the kites, each of which weighs 3.5 kg require an anchor for support until the vault is completed. The substructure, made of Polystyrene, is extracted via the hole at the top piece by piece. Finally, the keystone, also comprising several trapezoid elements, is maneuvered into position.

A peculiarity of such 3 dimensional constructions is that the joint requires play of a few millimeters. The joint is usually closed with mortar. Here resin and adhesive were used.

High precision is required in cutting the trapezoids – and delivered by Chevrin-Geli Company with the aid of a Tc 1100 machine by Thibaut including programming and material costs. 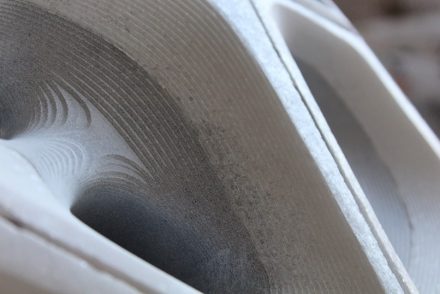 As far as the material is concerned: an experiment within the experiment enhanced the aesthetics and sustainability. Two layers of stone were glued together: Blanc d’Angola above and Pierre Blue de Savoie below. The team wanted to play with colors and simultaneously test sustainability in reclaiming construction waste for such projects.

The most important participants were, according to CEO Jacques Thibaut in his speech: „I would like to thank my friend and client Olivier Dubant – Yelmini for supplying the stone, our client Chevrin-Géli for all the time they spent with us making the PolySphere, the Thibaut team members Alain Calas & especially Bruno Combernoux for initiating the project, for their commitment, and of course Giuseppe Fallacara & Maurizio Barberio for designing this original and wonderful masterpiece.“