The design follows a philosophy of ‚luxury with humility’ with an understated elegance throughout the development, says one of the architects

The new mixed-use development will create a new gateway along the route to the Grand Mosque for pilgrims from the world over.

Luke Fox, Head of Studio and Senior Executive Partner, Foster + Partners who attended the ceremony said: „We are absolutely delighted to have won the competition. Makkah is one of the most unique cities in the world. As the home of the Holy Kaaba – the holiest site in Islam – it presents a special challenge and honour for any developer and architect. Our design sets out to create an innovative building form that will be respectful to the scale and importance of the Grand Mosque.” 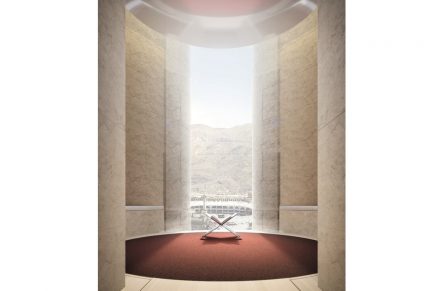 The scheme named Jabal Omar Development addresses the shortage of accommodation in Makkah in response to the rapid growth in visitor numbers. Occupying a large portion of the site, the orientation of all rooms and apartments maximise and optimise views towards the Holy Kaaba – the main focal point for every visitor. Generated from the inside-out, its interiors design is an antidote to the lack of identity that typical generic hotel rooms suffer from. Every room has a dedicated space for private prayer and contemplation that provides direct views to the Grand Mosque and Holy Kaaba. 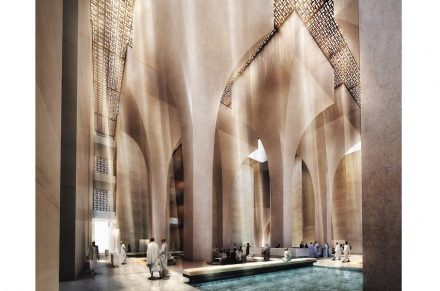 Located on the axis between the new Haramain High-speed Rail Station and the Grand Mosque, the site also forms a key part of the pilgrims’ journey towards the Holy Kaaba. A dramatic pedestrian ramp integrated with the new topography will take the pilgrims through naturally lit spaces, adding to the special experience of visiting the Grand Mosque.

Fox added: „Our endeavour has been to make the experience special and appropriate to its unique location. The design follows a philosophy of ‚luxury with humility’ with an understated elegance throughout the development. On behalf of all the design team I would like to thank Jabal Omar Development Company for choosing to work with us. We are incredibly eager to begin work on the next stage, and look forward to a successful collaboration.” 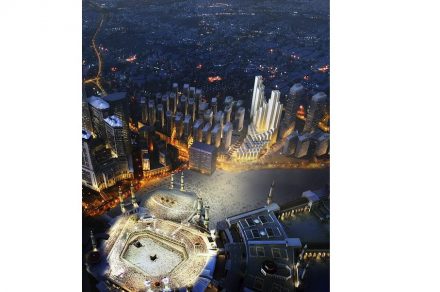