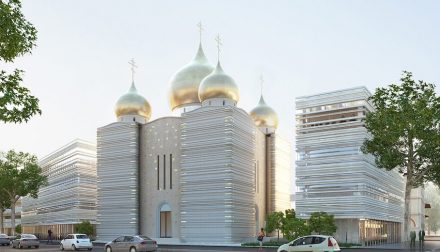 French trade magazine Pierre Actual named the Paris-based Centre Spirituel et Culturel Orthodoxe Russe (CSCOR, Center for spirit and culture of Orthodox Russia) the „2016 Natural Stone Complex“, and rightly so. The four buildings with its Cathedral in the center are remarkable in themselves because of mass of limestone and the venue where it was built as well as from the point of view of implementation of the natural stone by architects of Wilmotte et Associés.

Let us first focus our attention on the architecture.

The Holy Trinity Cathedral was unmistakably built to emulate the Kremlin Cathedral of the Dormition completed in 1475. It is the oldest and largest church in the area. 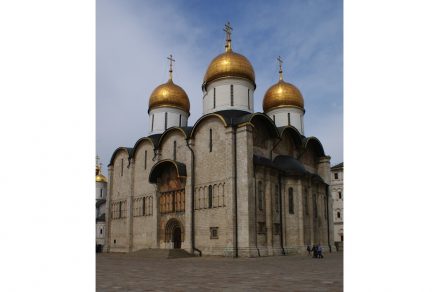 The Cathedral’s façade in the center is, however, not self-explanatory: the photo far top shows stringent horizontal lines drawn by the natural stone elements. 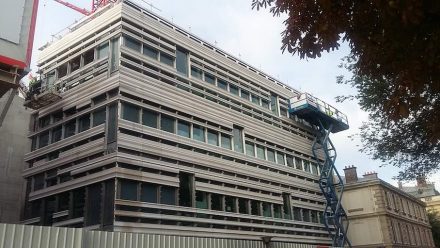 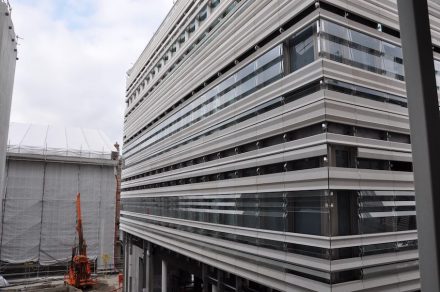 But the horizontal lines seem almost torn by the windows below them. 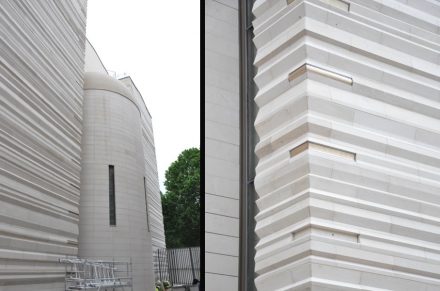 The Cathedral’s façade in the center enjoys a calm rhythm: even though the materials are stone and glass, the calm emanates from the lack of interruption by windows. Glass is implemented only on the outer edges with a golden hue and set in stone.

The gold directs the beholder’s sight upward toward the five domes.
The surface is unique in that it is devoid of all joints thanks to space-age technology covered with a gold-palladium alloy. 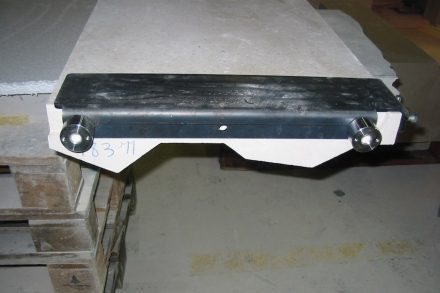 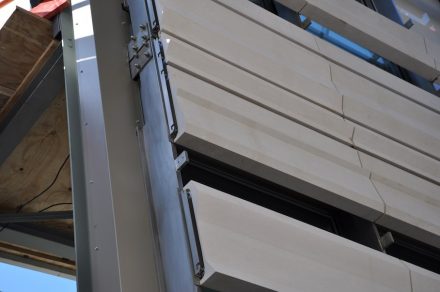 Seen in light of the fact that the Orthodox Church Domes were built as an analogy to Paradise symbolized by Christ and the four Apostles, the architecture gains meaning: the entity symbolizes the imperfection and hardship of earthly life, to which the Church offers a counterpart in form of a haven of dependability and continuity. In other words, faith is the path to Paradise.

The message is, as always in the Orthodox Church, accompanied by opulent décor.
The splendor is fitting to its surroundings. In close proximity to the CSCOR-address (avenue Rapp No. 2, Quai Branly No. 1-5, Rue de l’Université No. 192) in Paris’ 7th arrondissement we also find such illustrious buildings as the Palais de L’Alma, the Esplanade des Invalides, or the Musée d’Art Moderne de Paris on the North Bank of the Seine river. 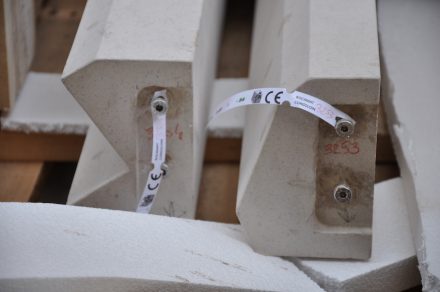 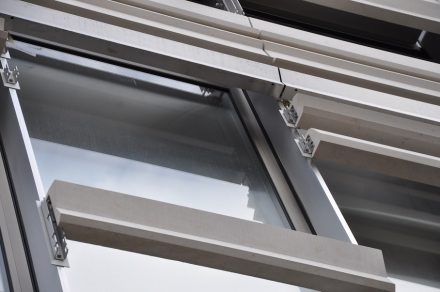 Last but by no means least, the Eiffel Tower stands proud nearby.
It was the architects’ express aim to adapt the complex to its surroundings, which is why Pierre de Massangis Limestone was implemented to match the stone frequently used on the banks of the Seine River.

Some 1600 m³ (4000 t) went into the construction. The architects praised the stone’s „color and luminescence“. 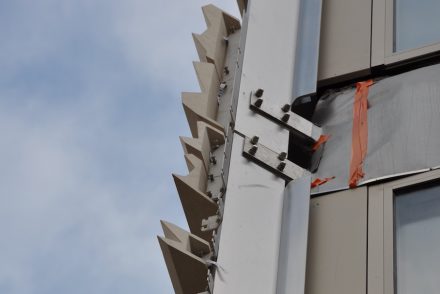 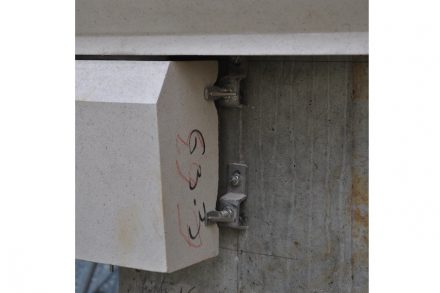 Stone was provided by Rocamat which also worked the façade elements. The contract was a challenge in a number of ways:
∗ 12,000 natural stone elements had to be brought into shape for the façade alone;
∗ the elements have very elaborate shapes, so much so, that some required 7 steps for completion;
∗ maximum precision was required: „tolerances of but a few millimeters“, were stipulated according to Rocamat;
∗ the 8 month production of the elements had to be coordinated with the 4 months required to mount them, all within the confines of the city center where storage areas are at a premium;
∗ to coordinate the logistics, Rocamat provided each element with its own bar code;
∗ the apse is made up of curved slabs;
∗ the interior of the Church is also clad in stone, among the elements: the rosetta floor made up Pierre de Massangis and Sierra Elvia.

Mounting the stone cladding on the façade was carried out by Permasteelisa, FGPM and LCM companies respectively. A total of 135 companies had to be coordinated. 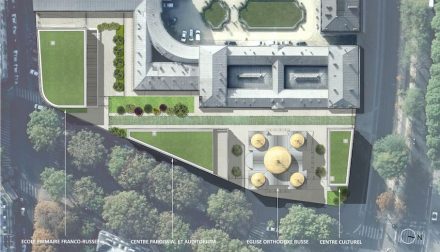 But the complex is not reserved for Orthodox Believers alone. On the contrary: it is meant to bring Russian culture and language closer to the citizens of Paris. The complex includes a large cultural center, exhibit areas, a café, a book store and a Russian elementary school.

The architecture aims to invite passers-by to come in and have a look around: there are passages throughout the grounds paved with Pierre de Rocherons-Comblanchien which serve to guide processions at the Church festivities as well as visitors. An open park extends in the complex.

Of course, there was much controversy in view of the recent world developments. Many were fearful of a „Kremlin on the banks of the Seine“, complete with spying equipment concealed in the domes. And when the UN-World Security Council debated on Russia’s tenure toward Syria, President Putin was banished from the opening ceremonies. The Russian Minister of Cultural Affairs took his place.

The cost of the complex totaled 170 million € provided by Russia. 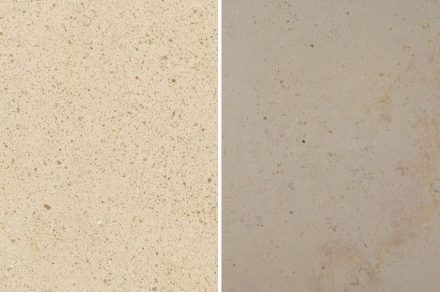