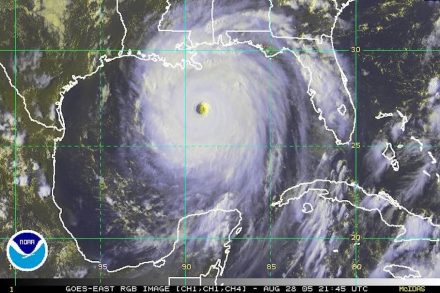 „How can these tombstones be repurposed that were blown over and cracked in a major storm?“ is a question someone from an insurance company has raised on the webpage of Repurposed Materials Inc.: „There is approximately 114 that range from 10” to 24” tombstones, and they are in the Southeast part of the US. They do have names, dates etched on them of course. We’re paying out the claim of $114,000.00 to have them replaced.” (1, 2) Update: Ideas.

The Architects’ and Designers’ Day at the Natural Stone Show in London, UK (April 25 – 27, 2017) has as title „European Innovation Meets stone Design“. The fair’s conference program also includes an Industry Day and a Conservation Day.

The Austrian Steinknopf Manufaktur (stone knobs manufacture) has a palate of products made of or with pebbles (German).

Ten major monuments damaged by weather and natural disasters can be seen on a web page.

Natural stone arcs are compiled on a webpage.

Courses about Drystone walling, Stonemasonry and more are held by the Stone Mastery Academy in Roscrea, Tipperary, Ireland.

Spanish Cosentino used the main gala held to announce the 50 top restaurants in the world to promote its Silestone. In this 2017 edition, the engineered stone was the main sponsor of worktops for the event. The company also sponsored the Sustainable Restaurant Award 2017.

Israeli-American sculptor Boaz Vaadia passed away in February 2017. He is known for the stacked stone sheets arranged to form human bodies. The layers were glued or screwed for stability reasons. Boaz Vaadia saw his art as a „partnership with nature“: „My lifetime is only a second in the life of the stones.“

Hingham’s Plymouth Quarries in the US-State of Massachusetts is aiming for new customers while producing Weymouth granite in the traditional way.

Authorities in Laredo, Texas seized more than $160,000 worth of marijuana at the World Trade Bridge inspecting a truck allegedly transporting „granite materials“.

In Sykesville at the East coast of the U.S. several granite benches will be placed around the inside walls of the Town Square.

The Vietnamese stone sculptors’ town of Ninh Van in Ninh Binh Province is the subject of a travel log.

Video of the month: Turkish Airlines has made the Cappadocian Hoodoos the theme of their advertising video. A famous spot is Göreme located among the Fairy Chimneys and hollowed out of the rock formations.