Exporters of raw marble blocks are pinning their hopes on India 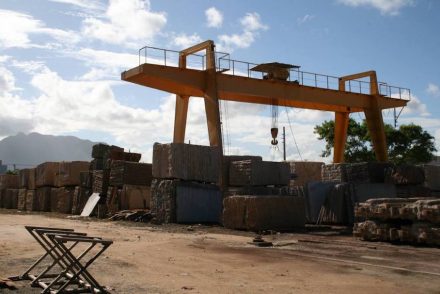 All eyes are on India, at least as far as exporters of raw marble blocks are concerned. The Government has streamlined and simplified import regulations for this type of raw material as per October 1st 2016.

Indian-born Anil Taneja, editor in chief of the Spanish trade magazine Litosonline, published an analysis in the Turkish trade magazine Marble Trend (issue 40) and deduces: „India remains one of the few promising markets where marble block sellers can look forward to increased sales in the future.“

On the webpage of his trade magazine, Litosonline, Taneja published statistics on India’s current imports.

Taneja predicts: „Factories located mostly in the coastal areas of India, both on the east and in the west coast because of logistical factors, is a likely development.“ This would then have repercussions for exporters of machinery.

Marble imported by India had been subject to volume restrictions. Local dealers such as Delhi Marble Dealers Association sharply criticized the restrictions as detrimental to small and medium sized enterprises and profitable only for a handful of large firms.

Even more harmful to the development of the branch had been the Licenses which importers had to purchase from the State. Profiteers had purchased such licenses as intermediaries and re-sold them at usurious rates.

But with the new regulations, import levies on marble have also been raised.

Taneja quoted facts and figures for the Indian market in his report but merely sites unnamed „experts“ as their source: a purported demand for 35 million t of marble/year is backed up by a mere 1 million t in imports. 15-20% of the market originates from the premium segment (starting at 25 Euro/m²).

Particularly in the South of India stone in the colors white, ivory and beige are all the rage.

The Turkish natural stone branch is the world-wide leader in exports of raw marble and travertine whereby most exports went to China to date.